If musical theatre dancers are looking for a place to develop their craft, learn from the best and perform as if they’re part of a Broadway company, Broadway Theatre Project (BTP) at Sea is the place to be. A three-week program of intense, all-day training this July, with Broadway artists and faculty, will take place in the gorgeous studios of Norwegian Cruise Line’s Creative Studio in Tampa, Florida. As if that’s not enough, BTP at Sea will also conclude with performances on board a Norwegian Cruise Line ship en route to the Caribbean.

With an experience like this, BTP at Sea is bound to produce the next generation of Broadway stars. And interested high school and college students have through March 15 to apply for BTP at Sea and take part in this once-in-a-lifetime opportunity.

BTP was formed in 1991 by Broadway veterans Debra McWaters and Ann Reinking, as a platform to allow students to intensely train during the summer months when not in school.

“Through years of hard work, observation and honing this program, we have proved to be the real thing,” says McWaters, currently artistic director and president of BTP. “The people who are Broadway know us and come each summer to teach. They say our students are known for populating shows on Broadway and that they go home feeling as if they have had their batteries recharged. They stay in touch with the apprentices. This is not a place where aloofness resides. The accolade that rings loudly is the following: Playbill refers to BTP as ‘the world’s most prestigious musical theatre arts education program for high school and college students.’”

With a resume like McWaters’, it’s no wonder BTP has garnered so much credibility. She worked as Reinking’s assistant choreographer and associate on numerous shows for about 16 years. She has worked with Gwen Verdon on Fosse and Chita Rivera in Chicago, with tap phenom Greogry Hines and has choreographed many one-man shows for Ben Vereen. She has been strongly influenced by the work of Bob Fosse and believes that his idea of intent behind every single movement has fueled her as a dancer, choreographer and teacher.

McWaters has spent much of her career teaching and inspiring students, in the field of dance and also as an academic dean and even a calculus teacher. BTP stems from her desire to teach and seems to have been a natural progression.

In a three-week BTP summer intensive, students are given the most intense training possible, with no days off and a schedule that runs from 8:30am to 10:30pm. Students are 16 years of age and older, and most aspire to be Broadway stars. Participants are exposed to all aspects of a potential performing career. McWaters brings in playwrights, composers, choreographers, casting agents, producers and actors, both from the west and east coasts.

In BTP at Sea, held this July 9 to August 1, about 80 students, called “apprentices”, will be selected. They will take classes in the three areas of musical theatre: dancing, singing and acting. For the first two weeks of the program, technique classes will be held from 8:30am to 5pm, followed by rehearsals from 6:30 to 10:30pm for different numbers to be performed on the ship. Lunch and dinner will be catered at Norwegian’s Creative Studio. Students will be housed at apartments that Norwegian uses to house their professional performers. 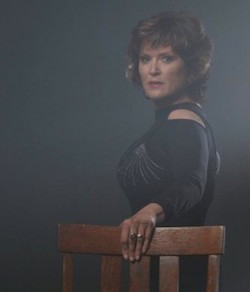 “We are very proud of our curriculum,” McWaters says. “We take pride in the fact that there is much breadth in our program. We have been called the ‘Harvard’ of musical theatre training. When one student comes out of BTP, it is known that the student has been trained by the best, and the curriculum, although perhaps not sexy, is solid and is respected by all in the world in which they aspire to live.”

Over the course of BTP at Sea’s first two weeks, McWaters and the faculty will put together two 60-minute shows with different casts, all of whom will perform at sea on Norwegian’s newest ship, Norwegian Getaway, in its 800-seat, state-of-the-art theatre during the program’s third week. The apprentices will perform in rotation with professional casts of Burn the Floor and Legally Blonde.

This performance experience, McWaters says, is invaluable for aspiring dancers, as it gives them a taste of what it will be as professional performing artists.

“This is something they need to experience,” she adds. “When they perform in front of Mom and Dad, it is always joyful, and there is always a roaring standing ovation at the end. In actuality, those in that world know that sometimes you get an audience that is responsive, sometimes you do not. Regardless, each audience deserves everything one has to give. The people on the ship do not have to pay to see this show, and some could wander in and out. It will be a true lesson that in certain venues or during certain performances when you are not getting the response you desire, then you must perform for yourself because you love it!”

Interested students can apply for BTP at Sea through March 15 via a recorded audition, and McWaters says this deadline is even somewhat flexible. More information is available on the BTP website or by calling 1-888-874-1764. McWaters ensures that there is no disadvantage in doing a recorded audition.

“I look for someone who is extremely well-trained or has a natural affinity toward one of the three disciplines required,” she says. “As far as the others are concerned, if the student is well-versed in two of the three disciplines, that is wonderful; however, that is not required. What is required is a desire to learn what is needed in order to study further once the three weeks end. Then there is always that person who carries that special ‘something’.”

McWaters is excited to offer BTP at Sea to students and to train them in all aspects of a musical theatre profession.

“We are extraordinarily fortunate to have Robert Dean Hertenstein, Director, Entertainment Production, and Norwegian take an interest in BTP and bring the organization to a professional rehearsal environment at their studios and then offer them the opportunity to perform in rotation with professional companies from Broadway,” McWaters says. “This wonderful cruise line has become so highly regarded in the world I inhabited for so long. When the six studios are filled on a given day, you are likely to see the actual directors and/or choreographers who mounted the original shows on Broadway. After 26 years, BTP is growing up.”