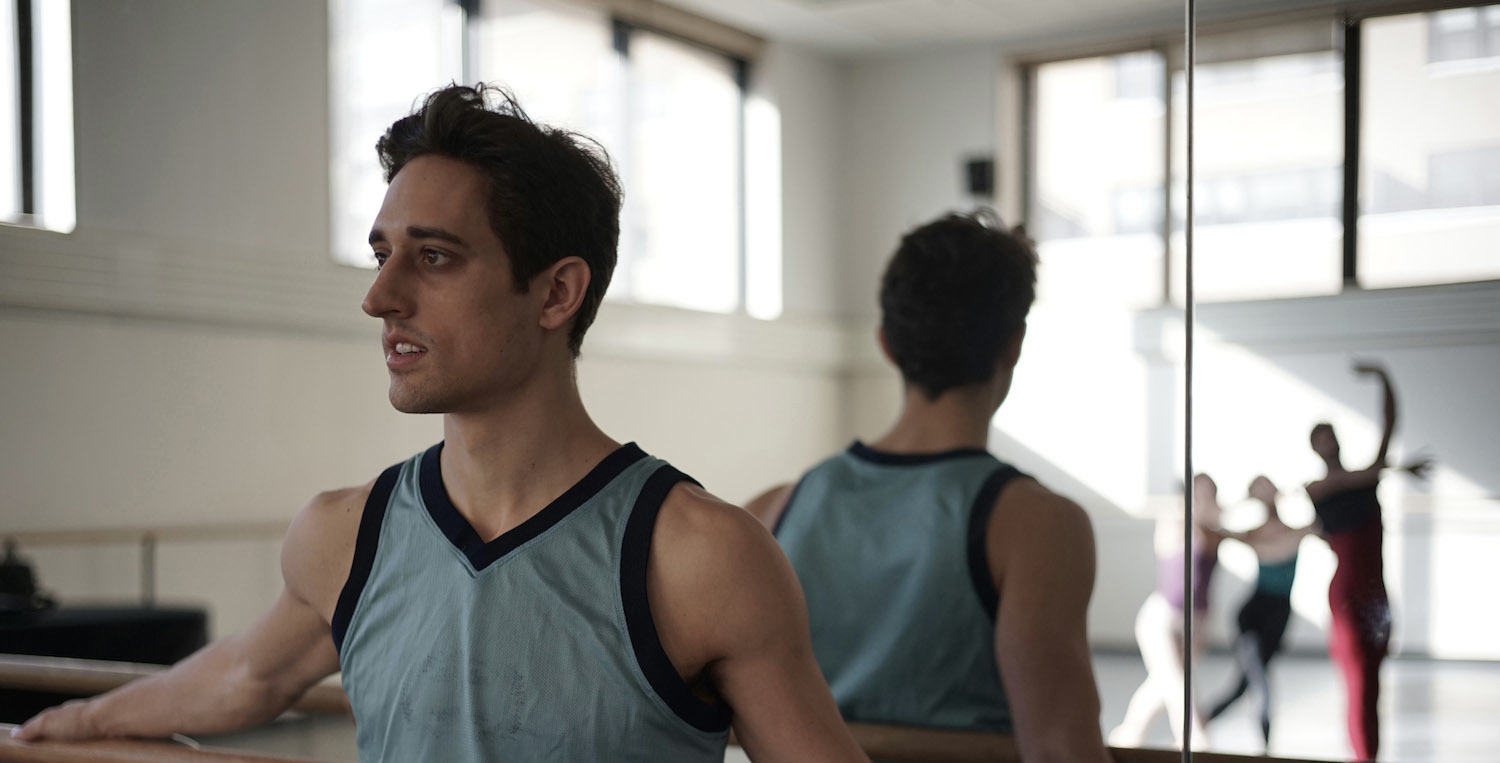 When filmmaker and cinematographer Jody Lee Lipes left the premiere of choreographer Justin Peck’s first ballet on the New York City Ballet (NYCB), Year of the Rabbit, he felt he had witnessed something extraordinary.

“I had the distinct feeling that his work would stand the test of time,” Lee Lipes says of that performance at the David H. Koch Theater at Lincoln Center in October 2012.

This experience left him wondering — imagine if someone like Jerome Robbins had been captured on film, in the studio at the start of his career. And, at that moment, Lee Lipes knew the subject of his next project.

This was the genesis of Ballet 422, a quiet documentary that follows Peck, from the first rehearsal to the premiere, as he creates his third ballet for NYCB, Paz de la Jolla. The spritely ballet of love and fun features principal dancers Sterling Hyltin, Tiler Peck and Amar Ramasar, and is the 422nd ballet to be added to NYCB’s repertoire.

Ballet 422 debuted at the 2014 Tribeca Film Festival and received its theatrical New York City release on Feb. 6 at the Film Society of Lincoln Center. Following its NYC premiere, the film screened at independent theaters across the nation, and continues to do so through the end of March.

Lee Lipes’ other cinematic credits include HBO’s Girls, the scripted adaptation of a Jerome Robbins ballet NY Export: Opus Jazz, and the documentary Brock Enright: Good Times Will Never Be the Same.

“We set out to document that particular moment when an artist is just beginning, still learning and growing,” Lee Lipes says, “but given the opportunity to achieve great things.”

A work-and-process documentary, the film runs nearly 75 minutes and delves into all facets of getting a ballet to the stage: choreography, dancing, costuming, lighting, and staging. And while cameras were buzzing around Peck through the entire process, the young choreographer said he didn’t notice them — or at least didn’t find them distracting.

“I was so focused on creating the choreography and everything that goes into the design of a ballet,” Peck says.  “And Jody has a really quiet, stealth presence in the studio. He almost disappeared into the background when he was shooting.”

Many documentaries weave in on-screen interviews and narration. But Lee Lipes uses a cinéma vérité approach, which includes neither to tell the story.

A 1960s French film movement, the style of filmmaking intends to depict people in their everyday scenarios with authentic dialogue and action. Viewers step into the studio and hear the intimate conversations between choreographer and dancer, then travel to the costume shop, Peck’s New York apartment and the stage of the David H. Koch Theater.

“There’s something to the simplicity and openness of a verite approach that resonates with my sensibility as a filmmaker,” Lee Lipes says.

He points to documentarians such as Frederick Wiseman, Allan King, DA Pennebaker, and the Maysles brothers as inspiration. And adds that, especially in this film, the method made sense. It’s a quiet study — almost a meditation — of Peck moving through his process. Ballet 422 allows the subject matter to set the scene, uninterrupted by drama.

“For me, telling stories through action is always the goal, it’s always the most cinematic solution,” Lee Lipes says. 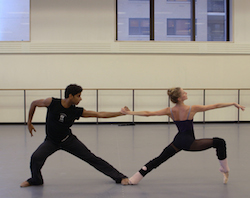 The director adds that, because the film is chronological, added narration is unnecessary.

In addition to highlighting the process of conceiving and building a ballet, Ballet 422 also captures Peck finding the balance between his role as choreographer and his role as performer.

At the ballet’s premiere, Peck is seen adjusting his suit in his dressing room mirror. He then sneaks out to the audience to watch the debut of his ballet. After the applause dies, Peck ducks backstage again, changing into his costume for the next piece and, moments later, is perspiring through Jerome Robbins’ choreography on stage.

Peck says it requires diligent physical maintenance, but ultimately, he believes the two sides to his professional life fuel each other artistically.

Ballet 422 hits cities like Denver, Washington D.C. and Atlanta later this month. To see if the film is coming to a theater near you, visit Ballet422movie.com.