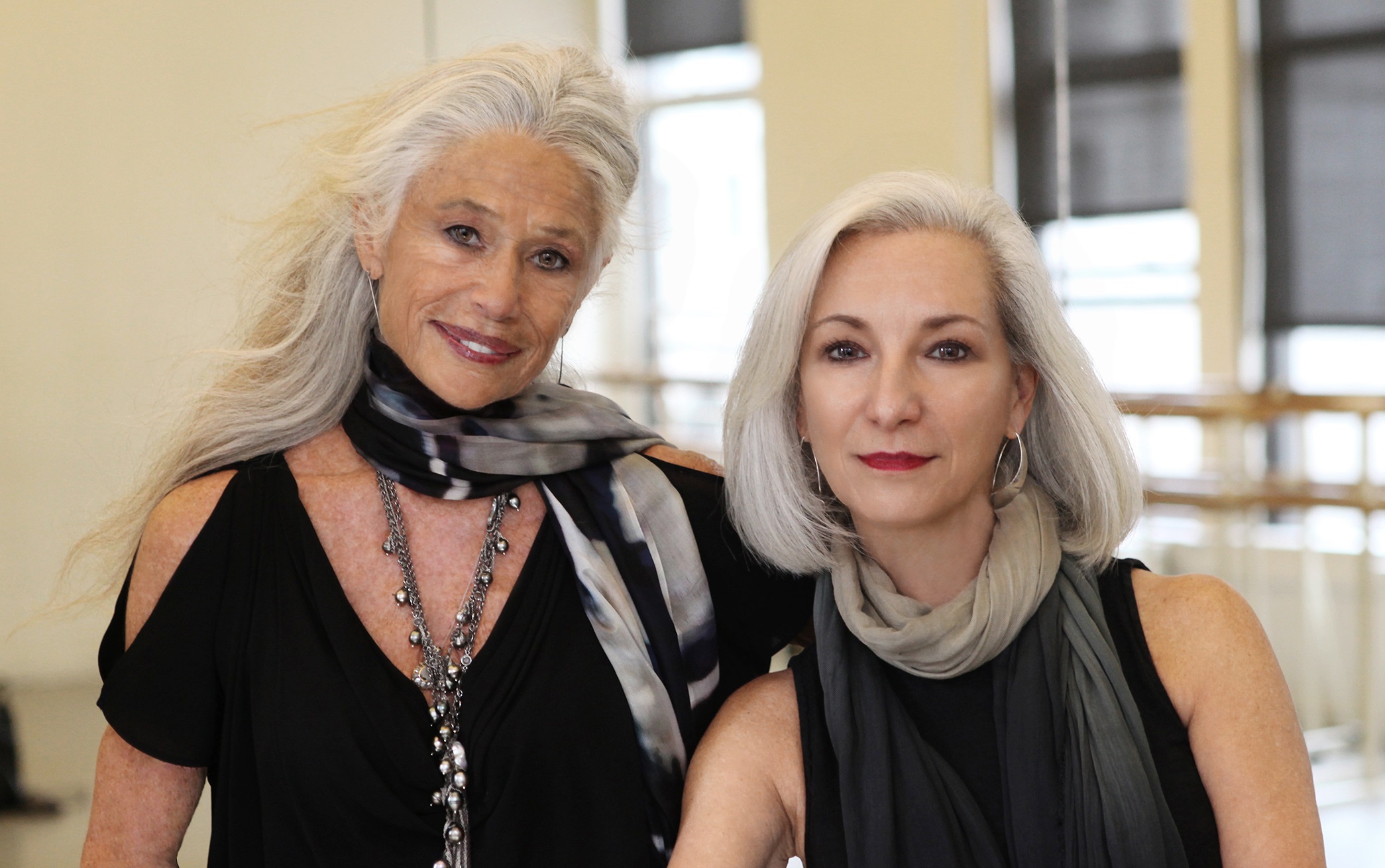 By Stephanie Wolf and Deborah Searle of Dance Informa.

The casual passerby crossing 75th Street at Broadway in Manhattan likely won’t turn a head for the rows of produce and specialty goods outside the Fairway grocer on the affluent Upper West Side block.

But, for the more observant pedestrian, he or she may notice a stream of heavy foot traffic entering and exiting a door just north of the seasonal fruits and veggies – their hair slicked or tied back, carrying large totes and backpacks stuffed to the brim with worn dance apparel and footwear.

Over 3,000 professional and aspiring dancers pass through that door every week to take class at the famed Steps on Broadway, a dance studio that has become synonymous with the New York City dance scene.

On any given day, you can catch a glimpse of stars from major international companies or shows – including American Ballet Theatre, New York City Ballet, the Mariinsky Ballet, the Royal Ballet and Broadway nobility – taking class or stretching in the corridors of the Manhattan studio.

The schedule is jam-packed with an array of dance styles and fitness offerings: ballet, contemporary, jazz, hip-hop, musical theatre, Flamenco, tango, tap, Pilates and yoga. And, over the years, the staff list has been stacked with top names from the industry, including David Howard, Gelsey Kirkland, Misty Copeland, Debbie Allen, Chita Rivera, Gwen Verdon and many more.

“Expecting prima diva ballet dancers to come right next door to the loud music of jazz class – it was unheard of and risky,” Founder and Co-Artistic Director Carol Paumgarten says of starting the school in 1979.

Surprisingly, Paumgarten is not a dancer. As a child, she favored ice skates over ballet slippers and dabbled in some tennis. But it wasn’t until after she had her second child that she became enchanted with the art form. 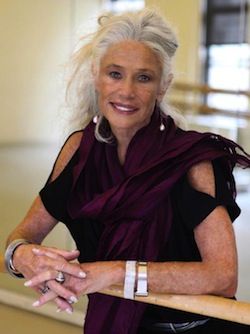 “I went to an Alvin Ailey rehearsal and it ignited [something in] me,” Paumgarten says. “That planted a seed and I discovered something at the ripe age of 27 that I should have been doing when I was 7.”

She opened a small studio at 56th and Broadway with her then-partner Patrice Soriero and garnered a small crop of devoted students based on their small, but reputable faculty: renowned ballet teacher Nenette Charisse and famous ethnic dance instructor Lavinia Williams.

“Patrice and I did everything,” Paumgarten says. “We opened the studio, we signed people in, we put toilet paper in the bathroom.”

The two eventually took over former New York City Ballet Principal Melissa Hayden’s space in 1981 and, three years later, moved into their current space at 75th and Broadway – after gutting and renovating the entire thing.

Paumgarten met Diane Grumet, current Steps co-artistic and managing director, when she still occupied the space at 56th and Broadway. At the time, Grumet was a dancer with the Joyce Trisler Danscompany, headed by the late modern dance choreographer Joyce Trisler. The dance troupe became the resident company at Paumgarten’s studio.

Eventually, Grumet landed a position as the business manager at the Alvin Ailey School. But she stayed in touch with Paumgarten.

“Carol watched my career evolve and change,” Grumet says. “So I said to her, ‘When you have the ultimate position open, you let me know.’”

Paumgarten did make that call.

Leaving the Alvin Ailey School was risky, but Grumet says she was confident in taking that gamble. After having taught for her and rehearsing in her first studio in Midtown, Grumet felt connected to Paumgarten’s vision for Steps on Broadway.

“Carol is a very generous, supportive, passionate person about dance,” Grumet says. “It was a hard decision for me at the time, but I knew Steps was a good place for me to grow.”

Paumgarten says she knew she wanted Grumet as her colleague. 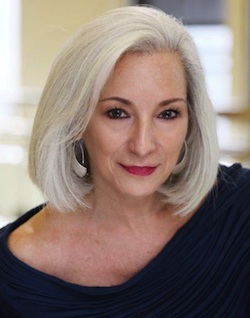 And the two have been business partners for 21 years, devoting themselves deeply to the school and its success.

“She’s very, very dedicated,” Paumgarten says. “This is her life.”

Not just a dance school

Steps built its reputation primarily on its dance instruction.

Over the years, Steps has gone through enormous changes. In its current space, it started out with five studios and has since grown to 10 studios and three training divisions.

Dancers of any age, skill level or stylistic interest can come in seven days a week to take a class offered on the extensive open division schedule. The Manhattan institution continues to host master classes with renowned instructors and provide work/study options for students, which allows students to take unlimited dance classes in exchange for eight to 10 hours a week of administrative work.

Steps provides a variety of training platforms for youth as well as domestic and international students on a professional track – such as the intensive summer study, a visa training program for pupils from overseas and the two-year Steps Conservatory Program.

In addition to its instruction, it now hosts lecture series, forums and performances. Some of this programming includes: 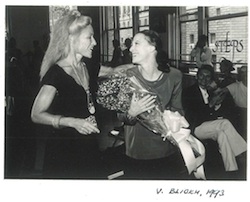 Grumet says all of these efforts help cultivate community.

“I am a believer that dance is an art form handed down from person to person,” Grumet says of the various experiences available at Steps. “It’s important to have that human connection and discuss how concepts have evolved.”

Steps also provides an avenue for dancers to find employment. Professional dancers and choreographers roam the halls and studios all day, and often discuss new projects and opportunities.

“When I came here, the studio was really just a walk-in studio,” Grumet says. “It has become that and much more. When I took this job on, I saw it as that.”

Keep on keepin’ on

Steps’ atmosphere is very typical of Manhattan: lots of turnover with staff and faculty, a lot of traffic going in and out, constant hustle to make ends meet and keep things running.

“It’s a difficult rhythm to be on,” Paumgarten says.

Years of downturn in the economy has made it a challenge to keep this rhythm going. But Paumgarten says the struggles are worth it. 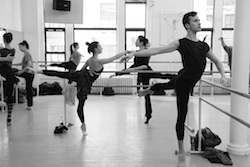 The school founder reflects on the many memories housed in the building – evident in photographs lining the walls. She brims with emotion as she remembers these moments, and beams with pride as she remarks on the next generation of dancers coming through the doors each day, the budding ballerinas and the Broadway hopefuls.

“I go into the children’s program and see them evolve and progress,” Paumgarten says. “Then I see the joy people have when they are here and I get teary. I’m just swept away by everyone.”

For more information about Steps on Broadway’s history and programs, visit StepsNYC.com.