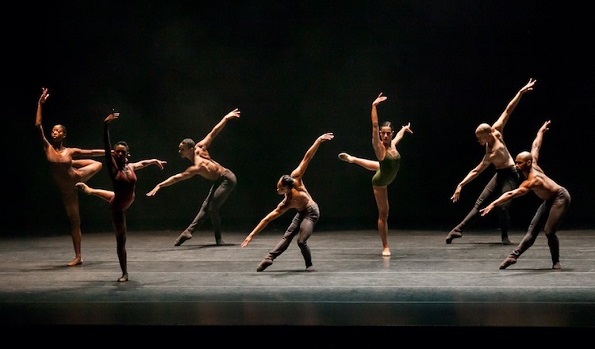 The name has become synomonous with the New York dance scene, Complexions Contemporary Ballet. Though, the dance troupe doesn’t let its home base limit its audience reach and scope. For 20 years, Complexions has toured all over the country and world, and continues to make travel an integral part of its mission.

Also crucial to its purpose is unity, inclusion and diversity, according to Dwight Rhoden, co-artistic director, co-founder and resident chorographer of the company. He says the last 20 years has been a crazy, wonderful whirlwind, and the significance of the benchmark is not lost on him.

Rhoden opens up to Dance Informa, reflecting on the company’s origins and journey as well as looking ambitiously towards the future.

The desire to create work

The esteemed choreographer says he and Complexions’ other artistic leadership half, Desmond Richardson, didn’t set out with the intention to start a contemporary ballet company. Rather, he says, they simply wanted to create work and find a platform to showcase it. 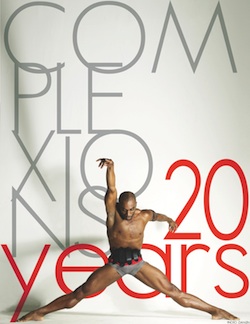 Yet, Rhoden says when he and Richardson were sitting in the audience of New York’s Symphony Space for a tech rehearsal for the first set of performances of a project called “Complexions,” they realized they were witnessing something special.

“We were excited by the reception of our first audiences, and the overwhelming acceptance of the dance community,” says Rhoden. “I think Desmond and I always knew the vision for the company had real possibilities. It was something the dance world needed, [as did] the world itself.”

Knowing that this experience could not end there, Rhoden says the two of them were compelled to “broaden and deepen the beauty” of that initial project.

Neither had previous experience running a dance company, says Rhoden, though they never doubted success. Of course, Rhoden and Richardson cannot deny the many challenges that came along the way.

“In the beginning, one challenge was that Desmond was living in Frankfurt, dancing with Billy Forsythe at Frankfurt Ballet and I was in New York,” says Rhoden. He adds that they faxed a lot—email wasn’t as popular of a medium then—and traveled back and forth when they could to make work.

Rhoden notes that distance wasn’t the only challenge facing the company in its early stages. “We also faced the challenge of continuing this great thing without having a real place to do it,” he says. As a pick-up company, Rhoden explains that scheduling, booking rehearsal space and tours plus the daily operations of running a business were a lot of hard work.

Of course, the company wasn’t immune to the financial obstacles of launching an arts organization in a struggling economy. ”Everything costs money,” says Rhoden. Fundraising is a skill every arts leader has to become adept in. 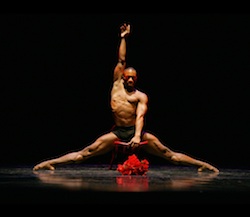 Diversity in the dance studio

At the heart of Complexions is very much its diverse roster of dancers. While the company has grown in a number of ways since its inception 20 years ago, Rhoden says the dancers they worked with during those initial years “very much exemplified the blueprint for the type of company we were to become: diverse, multicultural, various looks, strengths, unique qualities, classical, contemporary, street sensibility of movement and individuals.”

It’s important that the dancers have proficient technical chops, so they can handle a broad spectrum of choreographic styles. And, according to Rhoden, the current members can do just that, dancing with technical prowess and artistic energy whether en pointe or in contemporary work.

“Many people say to me that, when Complexions was born, we changed the playing field,” says Rhoden. “I see now that we were really pioneers, a positive and joyful example of integration in dance.”

Twenty years is a substantial amount of time, giving way for many memorable moments in the dance studio and on the stage. Rhoden names a few “WOW” moments for the troupe, like the first time Complexions performed at The Joyce in NYC, the Dorothy Chandler in Los Angeles, the Bolshoi Theater in Moscow, Russia, Maison De La Danse in Lyon, France, The Opera House in Tel Aviv, Israel, and the Arts Centre in Melbourne, Australia, among others. 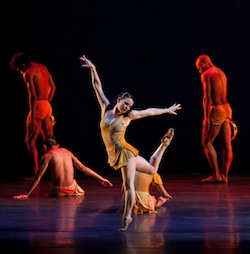 While the full plan for commemorating the landmark anniversary is still in discussions, Rhoden says Complexions’ home season at The Joyce in November will honor the company’s journey. Plans involve remounting several iconic ballets from previous Complexions’ seasons — though Rhoden did not disclose which ballets. The celebratory evening will also feature special guest performers.

Overall, Rhoden says the company will tip its hat to the 20-year anniversary with continuing to promote its values, focusing on and propelling a “love of creativity…with a re-invigorated quest to expose the world to this unique brand of dance that is inviting and contagious.”

Looking to the future

Rhoden has much to say about the future.

Some definitive goals include: to broaden the company’s repertoire, create more relevant work and continue to curate some of the most prominent choreographers of the 21st century. “We want to remain a mirror of the time we live in artistically,” says Rhoden. “We have many dreams for projects that continue to take dance out of the traditional settings, formats and expectations.”

Collaboration is also integral to the company’s prosperity, as both Rhoden and Richardson hope to work more with artists of other disciplines, including musicians, filmmakers and visual artists.

Additionally, Rhoden sees room for growth on the education side of the organization. He hopes Complexions can, one day, have its own real estate for a school, a training facility and home to a junior company for Complexions. “We are anxious to bring our unique brand of training and philosophy to the next generation,” he says.

Aspirations aside, Rhoden says, “We want people to feel the necessity of having a company like Complexions in their lives.”