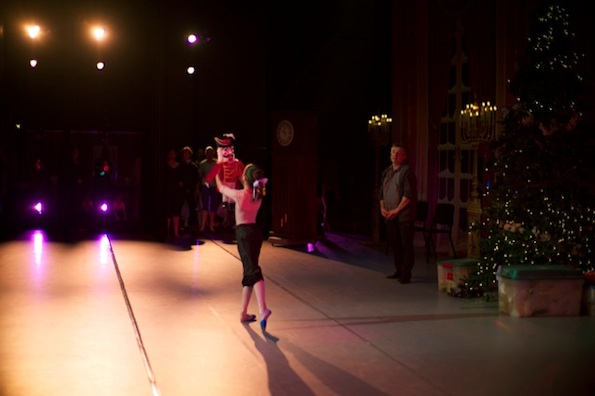 An Interview with Serene Meshel-Dillman

Stories of suspense, perseverance and beauty are riveting to audiences and the dance world is full of vibrant personalities and productions. Film Director Serene Meshel-Dillman capitalizes on the intrinsic excitement of dance in her behind-the-scenes depiction of The Marat Daukayev School of Ballet’s production of The Nutcracker. The documentary is aptly titled Getting to the Nutcracker.

Meshel-Dillman shares, “The documentary Getting to the Nutcracker was inspired by a book published in 1976 by Jill Krementz titled A Very Young Dancer. The book followed students at The School of American Ballet (SAB) from auditions through to performance of The Nutcracker with New York City Ballet.” 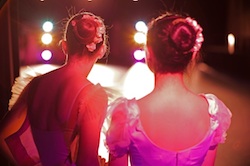 Meshel-Dillman was one of the young dancers pictured in the book. She said the book sat on her shelf for many years until one day about three years ago The New York Times ran a piece about the dancer featured as Clara in the book. The article discussed how the dancer’s life unfolded after the book’s publication. Meshel-Dillman was intrigued to be reminded of people’s fascination with the book and its characters and asked herself why such a fascination with the book continues. 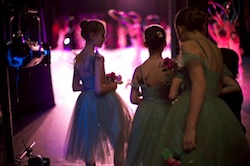 Meshel-Dillman describes herself as a person who “never takes ‘no’ for an answer.” Production costs for Getting to the Nutcracker were completely out of pocket and a true labor of love. She borrowed film equipment from a friend who owns a production company and shot primarily on the weekends.  Why did she do it? “My overall idea for the film is that I want to increase appreciation for the arts and specifically ballet. I want to get the word out. It would be great if we could get more funding for dance and the arts,” she explains.

The film will appeal to dancers, but it is geared toward adults of all interests. “The film has had about five screenings out here in L.A. and I’ve had standing ovations, people clapping, people crying,” says Meshel-Dillman.

Meshel-Dillman shares the story of a man who had never seen anything with ballet before: “He came up to me and said, ‘You know, I’ve never been to The Nutcracker and I’m going this year.’ To me, of all the responses, that’s the best one.” 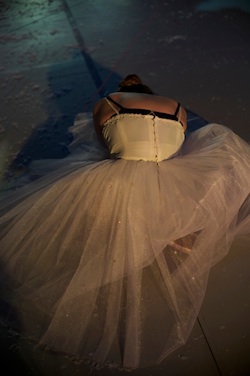 Getting to the Nutcracker is the product of collaboration. Meshel-Dillman found 19-year-old cinematographer Arseni Khachaturan through an extensive search on the database of television film producers, facilities and technicians worldwide known as mandy.com. She said she got 70 responses to her call within the span of a month and went through every reel, eventually narrowing down to 12-13 applications. Meshel-Dillman then enlisted help from her husband (who happens to be a commercial/film director) who further narrowed the pool down to three candidates. After an extensive interview process, “Arseni was the most eager and had the best reel,” Meshel-Dillman explains. “We cut this film on an iMac over the course of six months.” Meshel-Dillman remarks that some of the most consistent feedback she gets about the film is that it is so beautifully shot.

She chose to highlight the production continuum of The Marat Daukayev School of Ballet’s Nutcracker because “they understood my vision and really wanted to do it.”

She explains, “Daukayev was a Kirov Ballet star for 20 years and the school he and his wife Pamela have has an overall philosophy of getting the love of ballet and the arts out into Los Angeles, California, and basically the United States. It’s is not like in European countries where you must do ballet – whether you are a boy or a girl – and the state funds it and there are schools everywhere and wonderful teachers and great performances and tons of money for costumes and theaters. You don’t have that here. His overall goal in doing this was to highlight ballet and dance in the U.S. I think he accomplished that. Daukayev would also like to get more recognition for the school. They still rent space by the hour at a building in Hollywood. It’s a big space with about five classrooms, but they would love to have their own building. They are the best school in Southern California, maybe on the entire West Coast. They are really raising the bar on the level of training and performance. It’s an exciting time for them.” 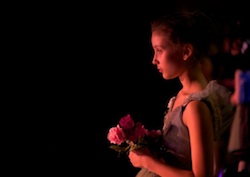 During the course of filming, Meshel-Dillman was drawn to focus on the stories of individual dancers. The film highlights six of these children, four of whom are boys. A prerequisite for performing in this particular production of The Nutcracker was a signed media waiver and Meshel-Dillman had complete freedom to film whatever she wanted. She shares that the project created an extended family for her: “I have friends for life. Dancers are very special people. They are smart, organized and passionate about what they do because they have to do it six days a week for 4-5 hours a day. The school was completely behind me. Whatever I asked, they gave me. The kids feel like they are my kids now. I just adore them.”

Getting to the Nutcracker has been selected for a screening during The Atlanta Film Festival. It is scheduled to show at noon on Saturday, April 5 in the Main Auditorium of the Plaza Theater in the Ponce Highlands neighborhood. Serene Meshel-Dillman will be doing a Q&A after the showing.

Tickets are available at atlantafilmfestival.com. Groups of 20 or more can enter “GROUP20” for a 20 percent discount off ticket pricing. For more information, visit gettingtothenutcracker.com.