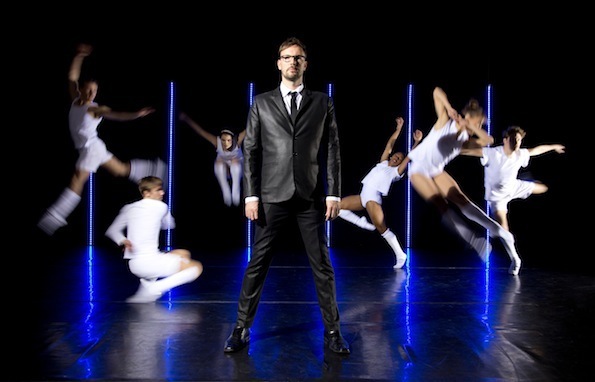 Economics have not been kind to American dance companies in the past six years, making it easy to jump to a worst-case-scenario mentality when news of a dance company shifting into a different business model hits broadband. When Trey McIntyre Project announced in early 2014 it would dissolve the full-time company to make way for fresh artistic ventures, there was ample speculation on the how, who and why this was all going down.

Caty Solace, key strategy officer at TMP, says conversations about the company’s evolution had been going on for sometime and, since the beginning, the artistic vision has been expansive. She is quick to correct that this is not the end of TMP as an organization.

Addressing some of the initial press and surrounding media buzz that ignited in response to the news, Solace says TMP was most struck by how often the word “disbanded” was used. “That was a tough word for us,” she says. “We of course understood something was ending, but it’s an evolution of who we are becoming. It gave the impression we were closing our doors.” 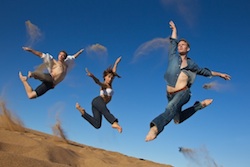 “Transitioning” has become the word of choice for TMP, says Solace.

Solace refers to this “expansive vision” often; stressing it was the intent from the beginning. “Years ago, the company had already begun to evolve to encapsulate other [artistic] mediums,” she says. “In a lot of ways, it’s always been present, this expansiveness, as opposed to just being saddled or held to one genre of art.”

She adds that McIntyre worked with several brand experts when he first formed the company, and it was really important to him that dance not be a part of the name because “he wanted to have this openness…what he wanted to do was bigger than dance”—which is also why there is no mention of dance in TMP’s mission statement:

“To nurture, support and produce the artistic vision of Trey McIntyre and engage individuals and communities in the experience of art.” 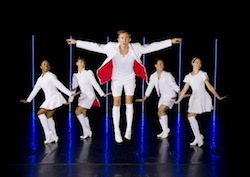 Sydney Skybetter also has plenty to say in his article for The Clyde Finch Report, a digital forum for arts and politics conversations. Skybetter is a founding partner of The Edwards & Skybetter | Change Agency, through which he and his partner, Jennifer Edwards, provide management and technology consulting for major cultural and academic institutions. He’s seen and advised on a number of artistic business endeavors and, in the case of TMP, sees no cause for alarm.

“They’re not disbanding because the experiment didn’t work,” says Skybetter in his article. “They’re disbanding because it did. What many in the dance world already see as certain failure, I see as a crowning achievement and a brilliantly choreographed pivot.”

TMP has certainly had its ups and downs—a high-profile media bite that went awry, the seemingly sudden departure of executive director John Michael Schert. Skybetter points out these moments in the company’s brief history, but he remains optimistic and applauds the organization for making the move.

The staff at TMP has also been quick to disengage themselves from any rumors that the above incidents have led to this new phase. According to Solace, this transition has been inherent in TMP and everything it represents. She adds that the timing felt right to take this figurative leap. 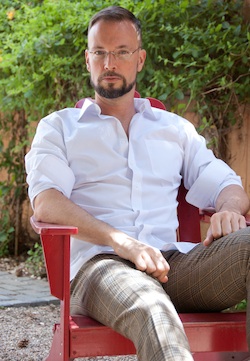 “It felt like we had reached a high point,” says Solace. “We were booking great venues. We were in demand. It felt like a powerful position to make a move from.”

The new vision is a project-based model as opposed to a full-time-dance-company model, says Solace. Each project will have its own budget, fundraising platforms, artists and so on. TMP will keep its headquarters in Boise and continue to grow its community engagement programming, she adds. The Idaho city will remain very much at the heart of the organization.

“It’s a great time to be in Boise,” says Solace. “Boise incubated our first big step. The city was here for us when we were just starting up. It has been such a successful relationship.”

As for the dancers, TMP’s transition means a transition for them as well. Some have chosen to hit the audition circuit and seek out full-time dance employment. A few have elected to stay in Boise and maintain their working relationships with McIntyre, according to Solace.

McIntyre also plans to continue cultivating relationships with other Boise artists of varying disciplines and backgrounds, says Solace. And, administratively, there will be some changes as well. “In a lot of ways, we’re moving back to start-up mode,” she says.

Before TMP takes its final bow as a full-time dance company, the organization has a jam-packed spring, filled with bookings at Jacob’s Pillow and Wolf Trap, as well as tour dates throughout the country. After June, all eyes will be on McIntyre, as he moves TMP into these new engagements. What will he do? Who will he work with? The organization isn’t ready to say—and perhaps aren’t 100 percent sure themselves—but Solace is excited to go along for the ride and witness first-hand the evolution of an American artist.