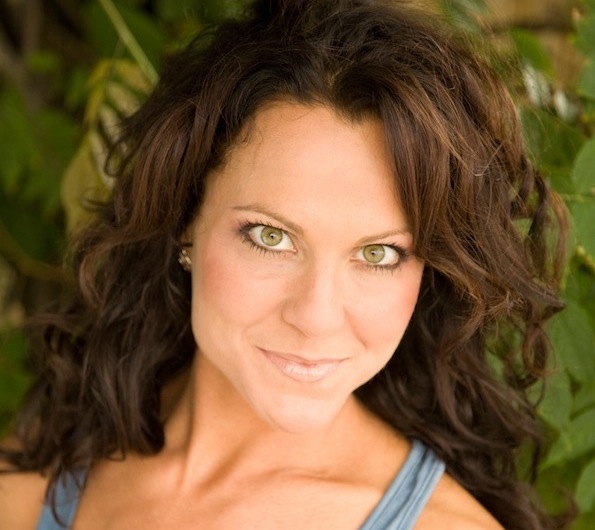 Choreographer, master teacher, performer and now director, Alex Little has spent her career as an eternal escape artist, or as she describes it, someone who often feels “the urge to escape or hide from certain things in life.” Starting her own independent dance collective in September, Little fittingly named the outfit Escape Artists, for a group of artists who often “find their escape through their art.”

The collective had its official debut in early November when it premiered Little’s full-length work Anonymous. Little said she has been thinking of starting a company for a while and it just seemed like the right time.

“I think there are a lot of people who have dreams and ideas they want to come to fruition, and I am just one of them,” Little explained. “But I wanted to take the risk and give this dream of starting a dance collective a try. Like any dream, it will take will power and self-belief, but I hope it will thrive and become something great.” 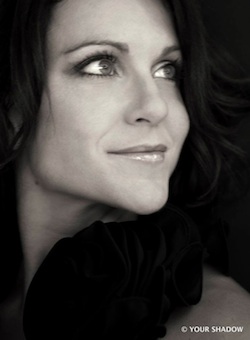 Little, a 32-year-old native of Seattle, now calls Los Angeles her home. She brings her professional career filled with performing, teaching, directing and choreographing to her new performance collective. In the past she has choreographed for clients like Nike, Audi, Genentech, Thunderhead.com and Tarbell Realtors, to name a few. Last season, she coached Karina Smirnoff and Apolo Anton Ohno for their jazz routine for Dancing With The Stars, and this past summer she contributed her choreography to the opening number of America’s Got Talent on NBC. Currently teaching at the Edge Performing Arts Center in Hollywood, where she “grew up dancing,” she also teaches at Velocity Dance Convention as well as various colleges and workshops worldwide.

She was a 2012 Capezio A.C.E. Awards Finalist and has recently worked alongside Stacey Tookey and Kathryn McCormick choreographing a music video in efforts to stop human trafficking. For 11 years, Little has been on the Master Faculty of Dance Excellence, and last year she co-founded The Feedback Experience, a dance experience with all live music.

On her new performance collective, Little said, “I want to create meaningful shows, whether it is biographical subject matter or whimsical and fantastical. I want to create about subjects that keep me thinking and feeling in hopes that the show might provoke more thought, dialogue and emotion in the world.”

She said Escape Artists, made up of professional dancers coming from all backgrounds, seeks to be “another avenue to explore the folds of the world around us,” whether positive, negative or controversial. In this, the collective utilizes numerous movement styles, including contemporary (contemporary ballet, modern and jazz) and musical theatre. Down the road, Little hopes to include more performance art and cinematic, silent movie qualities. Little is intensely focused on storytelling, and she can often be heard encouraging artists to “tell your story” and “move from that space, feeling or intention.” 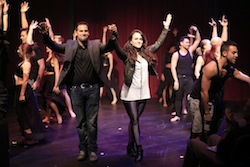 Her dancers provide a diverse pool of inspiration for her storytelling too. They come from various backgrounds, including Cirque du Soleil, Momix, TV and film acting, Los Angeles improv theater, national and international pop artist tours (back-up dancers/singers) and competitive dance crews. The collective is a melting pot where artistry meets, melds and creates something new.

“The format of our recent show Anonymous was taken from the idea of a real anonymous meeting, like Alcoholics Anonymous or any 12-step program meeting,” Little explained. “I found the idea of anonymous meetings so interesting in that people tell their stories – the deepest, most vulnerable parts of themselves – to almost complete strangers. It’s such a great example of how the individual can benefit from anonymity in community. It’s about how the human heart can sympathize and understand one another.”

After company auditions in mid-September, the collective began work on Anonymous. Little said, “To start, I sat down with seven dancers that would be the soloists and I asked them what they would share if they knew they were with a group of people who would keep their story confidential. So we started talking and some things were deeper and darker, and others were light and positive. We took it all and then we created solos, slowly building upon and around those… It came together to be something beautiful.” 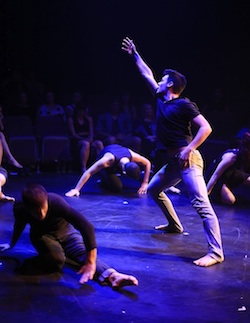 A full-length work about “honesty and vulnerability,” Anonymous was also a personal show for Little, as she knows the importance of anonymity when recovering from life’s issues. She said, “I think so many of us live life alone and think we are alone. But in those anonymous meetings, it shows that you’re not.”

Little said Escape Artists is already planning for its spring 2014 performance dates. They also have the possibility of working on a film. Through it all, Little says that her place as a finalist in the 2012 Capezio A.C.E. Awards has been a real confidence booster for her choreography.

“I would definitely say that that experience was more about the process and the people I worked with. I started working with a new level of dancers. That was a really special experience and it definitely gave me a boost of confidence. It was a really, really great gift for me,” Little said.

Her collective, while varied in choreographic themes, will also press to offer more immersive-theater experiences in the future. It started this time with Anonymous sprinkling performers throughout the audience until it was their time to get up and perform.

Throughout 2014, Escape Artists will also continue to offer free open dance classes for the company artists and any newcomers. As the collective grows, they look forward to giving back to the community where they create, maybe by running a dance camp for young artists or by offering a workshop that benefits charity or a rehab facility. 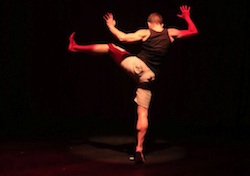 “This experience is definitely all-new and challenging at times, but I realized that its not about how big it gets or how successful I am, but rather its about saying what I want to say and trying what I want to try,” Little concluded.

For more information on Escape Artists, visit escapeartistsla.com. To read more on the Feedback Experience, see www.thefeedbackexperience.com. For bookings, contact Go 2 Talent Agency at lisa@go2talentagency.com and at twitter/instagram: @alex_little.