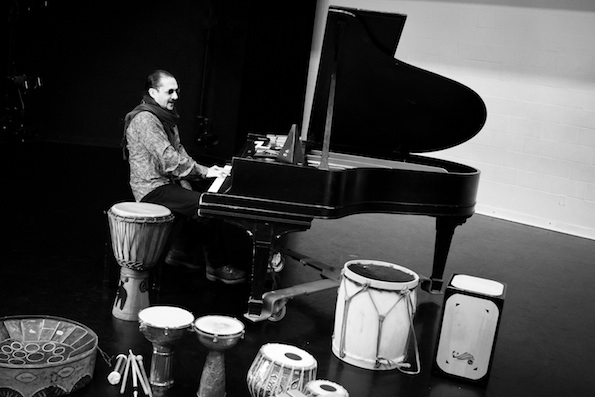 Some things seem like they cannot exist without another. Dance and music are a prime example. Music often fuels the dance, and dance makes the music a visual, breathing thing. Many dance students and professionals are fortunate enough to dance to music side by side – in its live form – and its benefits are something for which to be very grateful. So get to know the people who accompany the dance, the musicians who make class and dancing even more alive, fulfilling and enjoyable than it is on its own.

“The experience of music and dance together is a tribal art,” says William Catanzaro, a composer, multi-instrumentalist, educator and musician for dance, who is on staff at the Alvin Ailey School and Sarah Lawrence College. “It goes back to the beginning of time. Music and dance are not meant to stand apart. They work together. They inspire each other. Live music is breathing – it’s pulse, it’s heartbeat. It helps the class kinetically, and it challenges the senses.”

Catanzaro, like many dance class accompanists, is classically trained, but he has also studied jazz and world music, particularly Argentinian and Brazilian styles. He plays piano, many kinds of percussion instruments, synthesizers, bass, guitar, melodica, flutes, bandoneon and more. He is also a producer and sound engineer and collaborates with dancers on a technological level for sound editing and sound design. Catanzaro’s introduction into the dance world began when Ana Maria Stekelman, a renowned choreographer in his native Buenos Aires, encouraged him to become involved. He excelled in improvisation and composition; so playing for dance classes was a natural transition. 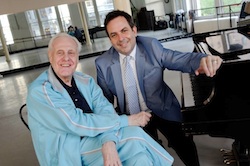 Similarly, Steven Mitchell, a pianist who plays for ballet and some modern classes, was lured into playing music for dance.

“I was getting my master’s degree in piano performance and a master’s in piano pedagogy at Southern Methodist University in Dallas and was called by a local school to play for kiddie classes, where they would be skipping across the room, and I was told I could play ‘Turkey in the Straw’ or anything I wanted,” Mitchell recalls. “That transferred into playing for a pointe class [when] I didn’t know what that was. They gave me some music to play. This led to a pas de deux class later and then to a regular ballet class.”

Since then, Mitchell has gone on to become the rehearsal pianist for the Metropolitan Opera Dance department and has produced some ballet class CDs of his own.

Another ballet class pianist, Ben Houghton, says he’s played the piano since childhood but first became interested in ballet when he saw Center Stage in college. Then, in 2007, Houghton began taking ballet at Westminster Choir College as a requirement for his music theatre degree.

“In one of the earlier classes, the teacher asked if anyone could recommend any pianists for playing class,” Houghton says. “I recommended myself and have been doing it since. I started out playing for baby ballet class and slowly worked my way up to playing company class for American Ballet Theatre.” Now, Houghton is the newest rehearsal pianist for ABT.

Playing music for dance class is not like having a jam session; rather, it is a collaboration between musician and teacher. The musician observes the teacher and follows his/her lead, but the teacher also speaks to the musician in a way that lets him/her know what is desired in a given exercise. 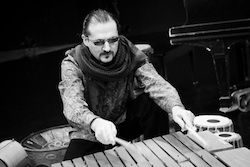 William Catanzaro, often an accompanist for Horton, Graham or Limón classes, enjoys the creative environment of playing for dance. Photo by Lena Adasheva.

“No teacher-musician dynamic is the same,” Houghton says. “In some instances, I am very intimidated, which usually brings out the best in me. The worst relationship, and thankfully the rarest, is the apathetic teacher. That energy definitely translates into the music.”

Catanzaro says that when he steps into a studio for a dance class, he is prepared with not only years of experience but also a clear idea of what type of class it will be – Horton, Graham or Limón, for example. If it’s a class with which he’s not familiar, however, Catanzaro says he pulls out all of his skills to support the class rhythmically and melodically and also takes notes for future reference.

There can be other obstacles for accompanists as well, such as miscommunication, a teacher who is not open-minded, or one who doesn’t know what he/she wants from the musician.

“Faulty terminology and directions to the pianist is a problem,” Mitchell says. “Nothing about ballet should be described as ‘heavy.’ Teachers get stuck in the same time signature exercise after exercise. I can usually look at what they’re stuck in and make a change to it so the time signatures are varied.” Catanzaro adds that “dance is a living, breathing art form, and so is music. It is alive, and for that reason, it has to be vertical and uplifting. What this means is that even though a technique is established, it shall not be repeated on and on mechanically.” 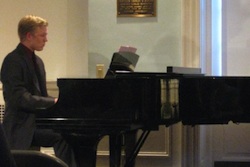 More often than not, however, musicians say that playing for dance is very rewarding. Catanzaro appreciates the creative environment, the synchronization of musician and dancer. Mitchell enjoys the escapism, that he can choose music that relates to everyone in the room and take them to a better frame of mind, away from any troubles. And Houghton thrives in the moments when he can sense the energy of the dancers and himself line up, which makes him feel more like a collaborative artist instead of a DJ.

Dancers can benefit greatly from the experience of dancing to live music. “Live music teaches dancers that you don’t dance to music, you dance with music,” Houghton offers. “One does not follow the other, one is not more important than the other. It develops a mutual and delicate awareness.”

Mitchell adds, “A dancer needs to respond to a sound. As sounds vary, so should the movements of the body. With a live musician, the response will be different each time as the sound is different. There is a certain crescendo in class, beginning with something that prepares the body to work, and by the end of class as the music is faster and bigger, the mind and body are invigorated as well.”

In this way, the dance class accompanist is less an added coating; instead, he/she is part of the process, an important aspect of the flow of class. “Music for dance goes beyond time signatures and labels, like ‘waltz’, ‘mazurka’ or ‘polka,’” says Mitchell. “A solid, linear melody is important, but the underlying part, the accompaniment to the melody, is the pulse. It creates space within sound and creates impetus. My philosophy is ‘steps have sounds,’ and to be able to read the step before it happens and be ready to help the dancer accomplish it technically is the real work of the accompanist.”

So, a dance class accompanist’s work should be recognized and applauded, as the music that he/she plays is like the spouse to the movement the dancers create.

“A ‘thank you’ and a smile go a long way at the end of class,” Houghton concludes.

For more information on some of these accompanists, be sure to check out their website and CDs: