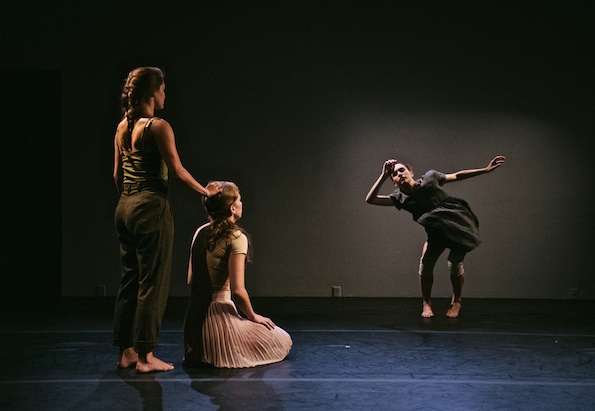 New York City-based LoudHoundMovement has made some major strides since its self-produced debut at the Center for Performance Research set in the wake of Hurricane Sandy last fall. Despite the hurricane’s volatile effects, including a complete shutdown of public transportation, LoudHoundMovement’s show pressed on to an impressive crowd.

Now, one year later, the company is back with another impressive endeavor: a site-specific collaboration to premiere later this month at the Green Building, a highly versatile performance space in Brooklyn. Using Lindsay Stern’s novel Town of Shadows as a jumping off point, the group’s work will aim to immerse its audience in the story. The collaboration marks the first time co-founders Brendan Duggan and Mallory Rosenthal have worked together since the company’s inception.

Here, Dance Informa speaks with Duggan and Rosenthal about how they each got their start creating dances, their personal movement style and how they strive to make dance a viable career choice for their performers.

Brendan Duggan: Although my interest in performing has always been strong, I think that somewhere deep down I was more interested in understanding the cogs and gears behind a dance piece. Sort of like revealing the magician’s secret, I was always curious as to how a phrase or pattern was conceived and what tiny details helped create the whole structure.

Mallory Rosenthal: In general, I have always had a strong intellectual curiosity, and as a teenager I became fascinated with approaching dance making from a place of conceptual research. I like to think of the role of “choreographer” the way I think of theater directors. You’re there to cultivate situations and conceptual ideas while pushing the dancers to consider why they are having these interactions. 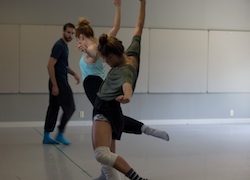 LoudHound: We work with the potency of honest movement, influenced by the portraiture of the cast and their self-expression on stage. Each dancer is not only a body with movement potential, but a unique person filled with emotional history, true experience and valuable thematic and character input. By documenting and abstracting the experiences and opinions of our collaborators, the piece is allowed to evolve into a larger representation than shape, musicality and flow. The work generates a freedom for compositional choices by the performers without the uneasiness of “right” and “wrong.”

We often blend dance, theater, multimedia, set design and costume design to develop a consistent environment and confluent message or narrative. We aim to expose the kernel of emotional reaction that every person experiences by displaying the individual.

What is the biggest challenge for emerging choreographers in NYC right now? What are the strategies you’ve employed to navigate that challenge?

LoudHound: New work is always being created in New York City, it seems. The biggest problem facing these emerging works is that they never get the time they need to develop in the studio. With expensive studio space in an already financially oppressive city, rehearsal periods and processes become shortened and rushed experiences. It becomes difficult to find your own artistic voice when you feel you don’t have the means to take risks and explore. When we started this collective, we promised ourselves that our dancers would never go unpaid for any rehearsal or performance, and so far, we have been doing everything we can to hold true to that promise. Unfortunately, the field of dance employs far more unpaid dancers than paid dancers, and we aim to be a part of the shift back into dance performance as a true career choice.

LoudHound: LoudHoundMovement has been incredibly active this year, putting together a string of shows from August to November based on Lindsay Stern’s novella Town of Shadows. On November 22, our season will culminate in a full-length installation work at The Green Building, which is part of Gowanus Art + Production (GAP), which is the art division for the Gowanus Hospitality Group. We are working with installation artist Nicholas Von Kleist to bring Lindsay’s dark, delicate world to life through the mediums of dance and visual art.