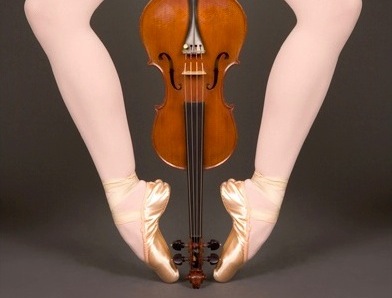 On November 22-23, New Chamber Ballet will present its latest installment at New York’s City Center Studios, with whom the company has an ongoing commitment of performing every two months. Unlike many choreographers, Miro Magloire, the company’s director, strives to keep the company small, the budget manageable and the performances frequent.

“Part of this is financial,” Magloire says, “but part of the reason we do it this way is our artistic identity…although if we had more money we might take a vacation.”

Not unlike a string quartet, Miro has modeled his dance company after small musical ensembles with unique, highly-skilled players/performers that can carry their own both in rehearsal and performance. Compared to the tradition model of corps de ballet and principal dancers in traditional ballet companies, this structure is quite unique.

While Magloire is not the sole choreographer for the company’s work, he adds that also unlike many traditional ballet companies, they are a “creation” company and are constantly learning new work.

“My dancers must be people who really enjoy the process of creating, and with that, they must also be comfortable with rejecting material and trying something new,” Magloire says. “With a performance every two months, we do a lot of rehearsing of new material.”

This non-stop new material requires immense collaboration not just from the dancers, but also from the musicians involved in his work. At the heart of NCB’s mission is a commitment to exploring the relationship between music and dance, and all company performances are accompanied by live musicians. 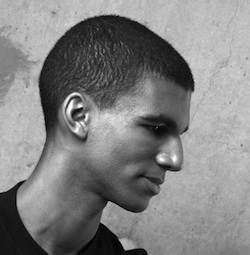 Magloire, born in Germany, took an interesting path towards becoming a choreographer with an early start as a composer. Under the tutelage of Argentine composer Mauricio Kagel, Magloire studied at the Conservatory of Music in Cologne, where he was first exposed to dance.

“The conservatory mentored students in pairing non-musical elements with music. They trained composers to work in any kind of form that involves music and anything else, such as dance, theater, performance art…” Magloire says.

Magloire explains, “I was originally going to stay in New York for six months. Twenty years later, I now say it was the longest six months of my life!”

Magloire studied modern dance at the Alvin Ailey and Martha Graham schools, as well as ballet, but when he began to choreograph, ballet appealed to him as a choreographer.

“During my training I had never put these two forms into a big contrast. I guess I was old enough that I just thought of it as different ways to move the body,” he says. “Ballet had a set, common movement language that a lot of dancers could speak and make it easier for me to create. In music you don’t invent new notes, but make new melodies. I wasn’t interested in making new styles of movement, but new choreography.”

Magloire, who continues his work as a musician as an accompanist for various dance schools and has recorded 6 CDs of music for dance class, founded New Chamber Ballet in 2004 to delve into his work as a choreographer. He is highly interested in the specificity and precision of pointe work, and he values those qualities in his choreography. In his collaborative creation process, Magloire, who composes infrequently for his own choreography, often explores subtle and specific movement with a composer who is still developing the music for their program.

For their upcoming program in November, Magloire has been working with long-time collaborator and composer Michel Galante and his newly commissioned work, “Music for Movement.” Through intricate rhythmic structures in the choreography, Magloire’s movement can relate to different layers of the music.

“I’m interested in how we can manipulate the way dancers and musicians relate. I want to create more possibilities of feedback between the two… Every note is initiated in a different way, changing up the leading and following. It may not be visible to the audience, but we’re fine tuning relationships between the dancers and the musicians,” Magloire says.

Among other works, the November program will also include a return of Allow You to Look at Me, a work choreographed by Constantine Baecher, a Boston native and former member of the Royal Danish Ballet who frequently choreographs for the company.

In addition to their regular collaborations with composers and choreographers alike for their regular New York commitments, New Chamber Ballet is venturing into new horizons. The company just returned from a successful tour in Germany, and Magloire is now choreographing an opera to be performed in January 2014. Presented by Opera Modern at the DiCapo Opera Theatre, Savage Parade-The Britten Project is a centennial tribute to British composer Benjamin Britten and is set for three singers and three dancers.

With a fervent commitment to both ballet and music, Magloire continues to push ballet forward as an art form.

He says, “Ballet can and should be developed in a new direction. Ballet needs to grow and will probably look very different in the future than what we think of today.”