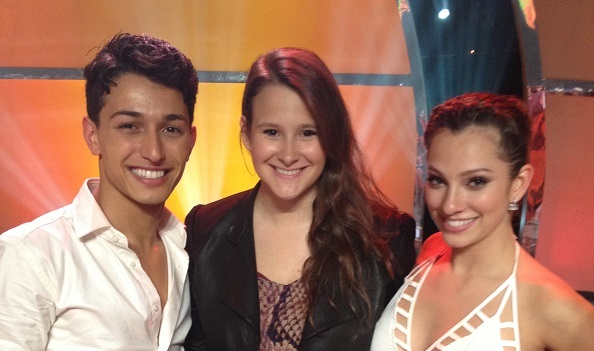 Canadian native Lindsay Nelko was born with the dance gene. Her mother was a dancer with the Royal Winnipeg Ballet, and Nelko’s first years were spent in her mother’s dance school, Shelley Shearer School of Ballet. According to the fledgling choreographer, her mother “inspired [her] love of dance.”

Now, with choreographic accolades like The Pulse’s “Featured Choreographer of the Year,” assistant choreographer for Fox’s The X Factor and most recently, a debut piece on Fox’s So You Think You Can Dance under her belt, Nelko has some serious momentum in the industry. And she’s showing no signs of slowing down.

Finding her voice in the profession

Nelko grew up dancing at her mother’s school, training in ballet, pointe, jazz, hip-hop, tap, musical theatre and modern. She then went on to further her performing arts education at New York University’s Tisch School of the Arts and University of California Los Angeles’ Performing Arts Department. 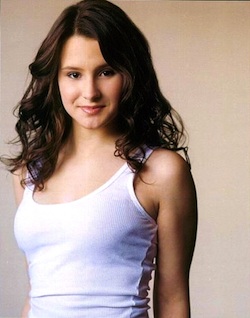 Claiming she never had the facility for classical ballet, Nelko sought out performance opportunities in film, television and theater while she attended college. “That is where I discovered my passion in creating and wanting to share my personal experiences and express them,” said Nelko. “While I loved dancing and could express myself through movement, dancing wasn’t fulfilling from a creative perspective.”

This love for creating and inspiring others fueled her desire to choreograph. She got involved with the dance convention The Pulse on Tour and entered her work to “receive feedback from well-known professionals in the industry.”

From 2010 to 2012, she won four “Choreographer’s Pick” awards at the convention and, in July 2012, she was awarded the “Featured Choreographer of the Year” award at the New York City finale. Since receiving this honor, she has enjoyed choreographic stints with Fox’s The X Factor, the NBC/Universal movie American Girl: Saige Paints the Sky, as a top finalist for the 2013 Capezio A.C.E Awards in Manhattan, and represented Canada at the International Dance Organization World Dance Championships in Germany and Poland.

Nelko now calls Los Angeles home. However, her schedule keeps her traveling constantly. She says she loves working in her native country and New York City, and adds that theses places have “a special place in my heart.” 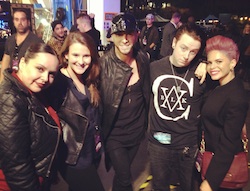 She says all of her pieces are driven by a narrative and have an emotional core. Aspiring to touch people through dance, she says, “I never want to create steps. I want to create movement to express a feeling and emotion.” Her style is varied and theatrical, but still deeply rooted in ballet, modern and jazz techniques. Ultimately, she strives to constantly challenge herself as an artist, finding unique ways to express human emotions and create movement.

At the end of 2012, Nelko received her U.S. working VISA, allowing her to submit her work to SYTYCD. Desmond Richardson, co-artistic director of Complexions Contemporary Ballet and a mentor of Nelkos, recommended her to the show—Nelko has been incredibly grateful for his support. Shortly after, her agent at MSA sent in her choreographic submission to the reality competition series.

“The show’s producers took a liking in my work,” said Nelko. “I had the opportunity to present my pieces live to them and the rest is history.”

History, indeed…Nelko made her SYTYCD choreographic debut to great aplomb on July 9, 2013. Judge Nigel Lythgoe commended her for the emotionally driven duet between Season 10 finalists Mackenzie Dustman and Paul Karmiryan, saying she was a “true asset to this show.” 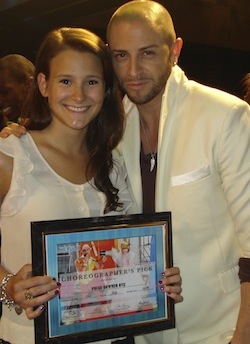 It was a moment she will never forget. “I am so humbled and grateful,” Nelko said of the experience. “The feedback from the judges was unbelievable. It still feels like I am living in a dream.” She also received an outpouring of positive reinforcement from social media, demonstrating how strongly the piece about loss and acceptance affected people.

But she remains humble. “Paul Karmiryan and Makeznie Dustman brought my piece to life and danced with such passion and beauty,” she says. “I am so proud of them.”

Since showing her work on SYTYCD, Nelko says she is exploring many different opportunities within the profession. “The industry is forever changing,” she says. “Rather than getting my hopes set on any particular job, I want to be open and prepared for any opportunity that comes along.”

One thing for sure is that Nelko hopes to continue to choreograph, teach and judge for The Pulse on Tour. “I love sharing my knowledge and passion for dance with this next generation of dancers,” she says in regards to her future in the field. She aims to use dance as a medium to inspire and motivate others the way it has inspired and motivated her.