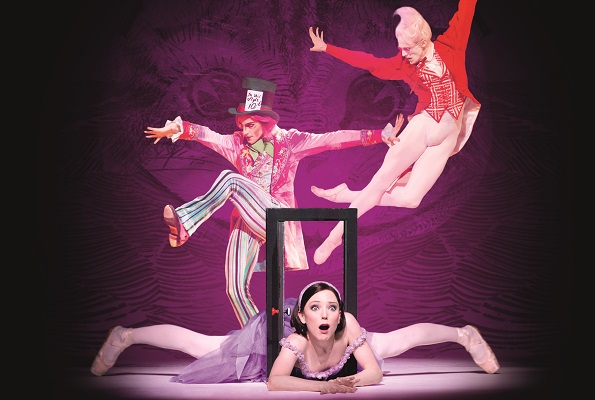 Ballet stars may not get the same type of red-carpet treatment as the Hollywood elite, but some of the world’s greatest ballet and opera companies are finally getting the chance to grace the big screens of the same cinemas that their movie star compatriots are. Emerging Pictures, an American all-digital theater network that specializes in alternative content, is infusing the theatrical arts and cultural programming into mainstream media through series like Ballet in Cinema.

On a rainy Tuesday night in Ft. Collins, CO, few ventured out to Carmike Cinemas to participate in this type of movie experience. Yet, those who did were not disappointed as London’s Royal Ballet digitally showcased Christopher Wheeldon’s fantastical ballet Alice in Wonderland to the world.

This was a whole new way to experience a night at the ballet, giving viewers close up shots of the dancers’ expressive faces, behind-the-scenes footage, as well as opportunities to connect with other audience members around the globe via social media. It was ballet for the digital age, yet left out none of the magic and intrigue of the actual production.

Not to diminish any of a live dance performance’s enchantment (film could never fully replace the live theater), however, it did serve two purposes successfully: it allowed anyone and everyone to see remarkable international dance at an affordable rate and it deepened one’s understanding and appreciation for the art form.

Alice proved to be the perfect ballet for this modern medium of dance as it skillfully combined the elements of a captivating story, interesting choreography and out-of-this-world special effects. Wheeldon’s choreography was playful, imaginative and, at times, appropriately tongue n’cheek. This ballet highlighted many dimensions of his choreographic voice, including his proficiency with comedy. In Act III, his homage to the Rose Adagio from The Sleeping Beauty—a satirical quintet danced between four unfortunate suitors and the tyrant Queen of Hearts that centered around a plate of tarts—was a melding of movement and humor at its finest. 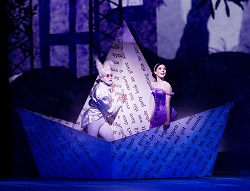 As Alice, Sarah Lamb was full of youthful joy and hope, propelling herself through a ballet that demanded a lot of its young heroine. Her worthy love interest, Federico Bonelli as Jack and The Knave of Hearts, partnered Lamb with grace and ease and had many opportunities to show off his technical chops as well.

Steven McRae as the tap-dancing Mad Hatter was brilliantly rhythmical and crazed in his every move. Eric Underwood, who danced the role of the Caterpillar, rippled through his torso as if he had no spine or ribs. Edward Watson as Lewis Carroll and the White Rabbit was buoyant and animated. But, ultimately, it was Zenaida Yanowsky, as the Queen of Hearts, who stole the show. She committed fully to the totalitarian demeanor and grotesque facial expressions of her character, drawing the most laughter from the theater’s small but appreciative audience.

The ballet was colorful and inventive, bringing out the inner child in everyone—and the Twitter community agreed as a multitude of favorable tweets were broadcasted throughout the cinema intervals. It was a beautiful work that managed to entertain while still highlighting the sophistication and technical skills of such a premier ballet company. It was an honor to watch the production, even from afar in a small Colorado movie venue.