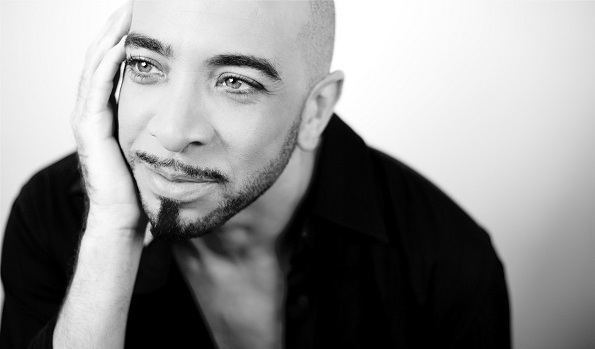 At 17 years old, Ohio native Dwight Rhoden was playing the clarinet, flute and drums in his high school’s band. He had never taken a dance class and didn’t even know what the word “choreography” meant. He admits that while he was “good at social dancing” he was clueless to any real technique.

Rhoden even remembers the first time a friend suggested he take a dance class. “One day in high school I entered a dance contest at a local club. I didn’t have any formal training but I would just make up these elaborate steps and routines. My friend, who was actually a dancer, looked at me and said, ‘You know, you’re pretty good. Why don’t you take some real ballet and modern classes? See what you think. You really seem to love to dance.’” And as Rhoden explains, the rest is history.

Now the Co-Founding Artistic Director and Resident Choreographer of Complexions Contemporary Ballet, a celebrated and internationally-touring company hitting its 20th anniversary next year, Rhoden has established a remarkable and wide-ranging career. After beginning dance training late at 18 years old, he went on to successfully perform with Dayton Contemporary Dance Company, Les Ballet Jazz De Montreal and as a principal dancer with Alvin Ailey American Dance Theater.

As an accomplished dancer, Rhoden even appeared in numerous television specials, documentaries and commercials throughout the United States, Canada and Europe and was a featured performer on many PBS “Great Performances” specials. 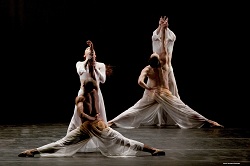 Yet, Rhoden admits that those first few years as a young dancer were hard as many people thought it was impossible to begin training so late and make it as a professional. He recalls, “There were a lot of naysayers… even my family thought I had no chance. They told me not to get my heart set on it.”

However, that time of persistence, grit and determination only sharpened Rhoden. He would “eat, drink and sleep dance” and push himself harder. He says, “I never really thought about what I couldn’t do, only what I could. And I didn’t sit around listening to people tell me what I couldn’t do. I just didn’t set limits for myself, and I still don’t… That is why I am where I am now. It was 100 percent dedication and not looking back. I immersed myself in the art form.”

With that kind of perseverance, Rhoden blazed his career path to where he is now. Named “one of the most sought out choreographers of the day” by The New York Times, Rhoden has created works for numerous companies, including The Joffrey Ballet, Miami City Ballet, New York City Ballet, North Carolina Dance Theatre, Arizona Ballet, Aspen Santa Fe Ballet Company, BalletMet, Dance Theater of Harlem, Pennsylvania Ballet, Philadanco, Marinsky Ballet (Kirov) and Washington Ballet, amongst many others. Rhoden has also directed and choreographed for TV, film, theater and live performances, including So You Think You Can Dance, E! Entertainment’s Tribute to Style and Cirque Du Soleil’s Zumanity. Plus, among many other famous entertainers, Rhoden has worked with high-profile artists such as Prince, Lenny Kravitz, Kelly Clarkson, Nina Simone, U2 and Patrick Swayze.

Yet even with the multitude of companies, dancers and performers he has worked with, Rhoden says his crowning joy is Complexions Contemporary Ballet. 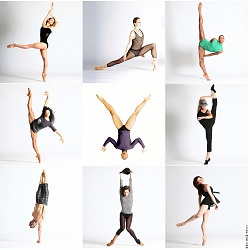 “When Complexions came on the dance scene in 1994, I really feel like we changed the landscape of what contemporary ballet is. We were one of the first companies in both New York and the United States that was really trying to integrate on all levels,” says Rhoden.

The company got started almost by accident, Rhoden recalls. After leaving Alvin Ailey American Dance Theater with fellow company member Desmond Richardson, the two created a choreographic variety show that brought together a lot of their dance friends who were performing in assorted companies.

“For the initial project, we just wanted the dancers to come from all different aspects of dance. So we decided to call the project Complexions and get a theater… During the tech rehearsal Desmond and I sat down and watched what was happening on the stage and we looked at each other and said, ‘We’ve got to do something with this. This has to go beyond these performances.’ So right then and there Desmond and I decided to start a company. That was the beginning of the idea,” he remembers.

Nearly 20 years later, the company has become widely considered as “America’s Original Multicultural Dance Company” and is celebrated for its pioneering spirit. Rhoden says it feels a bit unbelievable to have come so far.

“I really feel nostalgic. I’m grateful that I’ve had the chance to have this opportunity with our company. It’s not an easy thing to start a company from scratch – it’s truly challenging. But I look back and there have been so many rewards along the way. I think I have learned so much.” 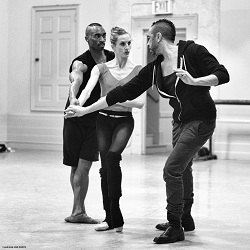 And there truly is much to be proud of. In addition to helping to build a universal brand that continues to challenge traditional ideas, Rhoden has choreographed more than 80 original works for the company that have been presented on five continents and in over 20 countries – including the US, Canada, South America, Mexico, Europe, Asia, Poland, Australia, New Zealand, Russia, The Baltic Region, Egypt, Israel and the Middle East.

As a choreographer, one of Rhoden biggest inspirations and passions is engaging and challenging dancers. He takes pride in being called “a dancer’s choreographer.”

“I am one of those choreographers who is 100 percent inspired by the dancers in front of me. I love taking the talents they already have and the talents they are discovering and building something for them to shine with,” he says.

Desmond Richardson says, “Dwight has trained so many amazing dancers and that’s his gift. In the industry many of the formidable dancers call him the ‘dancer’s choreographer’ because of the way he challenges your aesthetic, and because of his range. He can do anything from street dance to the classical. I don’t think there are many choreographers like him with his range. To work with Dwight is to let your passion flow, to be on edge, and to be educated in the unknown.”

Rhoden is so passionate about working with dancers that he says: “If I was never able to choreograph another ballet, I would still want to work in the studios with the dancers.” 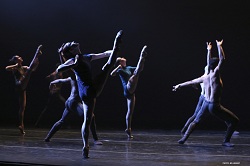 Still, Rhoden is looking to the future with new, big dreams. Even while taking the time to celebrate his career and recent 50th birthday, he is not slowing down. With many projects in the works he keeps plunging forward. One of his upcoming projects is creating his own full-length Rite of Spring.

“I’ve always wanted to tackle the Rite of Spring so for next season I will be working on a two-piano version for Complexions. It will be premiered in Seoul, South Korea as part of a festival with seven other companies from around the world, which are all doing different versions of Rite of Spring. I will really start working on it in late July and early August.”

Also for his company, Rhoden is going to premiere a new Stevie Wonder ballet next season, saying, “Everyone can connect with some Stevie Wonder song from sometime along his career.” Furthermore, he will continue to choreograph for SYTYCD and the North Carolina Dance Theatre (where he is resident choreographer), and be directing Richardson’s solo show, which will feature Richardson dancing with a few guest stars. “I think that will be very exciting. We are hoping that will kickoff by the top of 2014, at the latest,” he says.

Somewhat secretively, Rhoden also revealed that he is currently working on a “very exciting Broadway project.” It comes out of one of his previously choreographed ballets and is in the works to go to Broadway next year.

One goal Rhoden and Richardson have for this year is to find Complexions a permanent home. Rhoden said they are scouting locations in New York City and elsewhere. Ironically, the company has had offices but not an actual studio space to call their own.

“Our education programs are very strong components of what we do – with Summer Intensives in three cities now – NYC, Detroit and Dallas. The programs are extremely competitive to get into and we simply can’t do all that we want to because of the lack of our own space,” Rhoden explains. 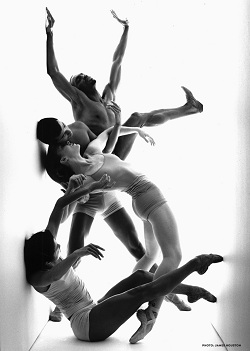 “We have our feelers out in various parts of the country and have made some inroads in a few places. We have been nomads for nearly 20 years without a space of our own [and] Desmond and I are hot and heavy on the pursuit to have a permanent space.”

He says that there seems to be desire for Complexions to offer dancers training in the style of the company year-round. For that reason he is excited about finding a home where the company and school can continue to evolve. Moreover, Rhoden mentioned that Richardson and he have developed their own contemporary ballet technique through Complexions that is actually in the process of being trademarked.

“It’s basically taken classical ballet and added the torso. It encourages the movement of the upper body and is a very physical and athletic way of training. It will prepare dancers for anything off center,” he says.

Overall, when dually reflecting back on his momentous career and his formidable future, Rhoden sees one trend – hard work and diligence. He says that while many dreams are outstanding – like perhaps working with American Ballet Theatre’s Misty Copeland, producing some film shorts, being an “on-camera host to talk about art, dance and the creative process,” amongst other possibilities – he knows that success  only comes if you refuse to give up.

“When I look back, I see that there was no guarantee that I could ever have a career as a dancer starting so late and having absolutely no training. There was certainly no guarantee that I would reach the level of some of the companies I danced with. I look at that and think of what a huge testament it is to hard work and diligence,” he says.

“It goes back to something I really believe – that if you have the passion for something that you really love and you stay true and focused to it, there is no way you will not be able to accomplish the things in your heart. That kind of belief and energy is powerful. “