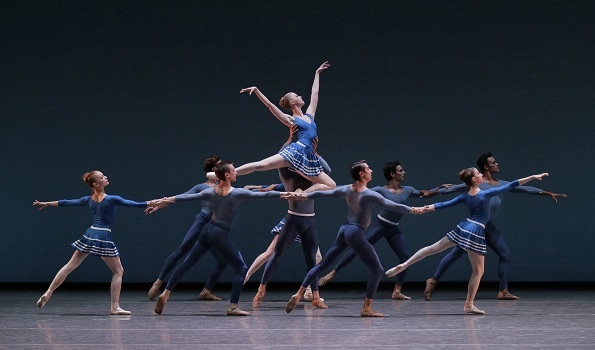 What came first, the dance or the music? Some choreographers are inspired by music, others seek out music to fit with their existing movement. And for some, the process is entirely creative, with choreographer and composer working together to create something original. Here, Dance Informa looks at artistic voices that have collaborated for dance, taking a gander into their process and outcome.

For most choreographers, the music to accompany their work is not an after-thought; rather it is an essential, meaningful ingredient. Choreographer Justin Peck, also a soloist with New York City Ballet (NYCB), says he normally finds music by searching the Internet, using Spotify or by listening for hours in the library. He says the process is “long, tedious and frustrating” but that once he finds something it’s really exciting. But in that case, the music is there, and then it is his job to set movement on top of it.

A couple years ago, however, Peck received a large commission for a work to be premiered at NYCB, and he would collaborate with singer-songwriter Sufjan Stevens to develop music for his ballet, Year of the Rabbit. Although the music already existed (Stevens’ album Enjoy Your Rabbit), Peck and Stevens met numerous times to decide upon its arrangement and to pick out several sections in the body of music that would be specific to the ballet.

“The ballet I had envisioned for the music was pretty large-scale – 18 dancers, to be premiered at Lincoln Center on the NYCB stage – and I wanted the music to have the same sort of weight and fullness of the cast size and of the space,” Peck explains.

Pecks says he and Stevens met probably 20-30 times during the process. “There were a few moments that were tweaked or added to better support my vision of the ballet,” he adds, “so we kind of tailored this body of music specifically for what I had envisioned choreographically.” 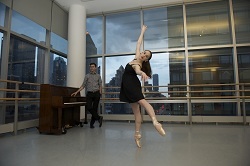 As in any relationship, it is this back-and-forth conversation that makes for the best outcome. For NYC choreographer Anne Kelly and composer Mitchell McCarthy, who together run Kelly/McCarthy • Dance/Music, it may help that they have known each other for some time. Both artists worked at a summer program where Kelly taught and McCarthy accompanied ballet classes, and they quickly connected and formed their company last winter.

Both had visions of what they wanted to create. “I knew I wanted to choreograph a piece for a group of women, and I wanted the piece to have a daring, fearless quality, yet also have a romantic lyricism that Mitchell composes so beautifully,” Kelly explains. “And Mitchell wanted to write an emotive piece for violin and piano for a solo dancer or pas de deux.”

Even with separate specific ideas of what they wanted to create together, they trusted one another for his/her half of the project. “I completely trusted him,” Kelly says. “I was already a fan of his work, and I knew he would produce something exquisite. And I really enjoy choreographing to challenging rhythms and counts, so I embraced all the complex meters that Mitch likes to write.”

As a composer who had previous exposure to dance, McCarthy did offer a choreographic idea during the process. During one of the movements of Kelly’s group piece, From This Point Forward, there are abrupt changes between phrases of music. McCarthy mentioned it may be interesting for the dancers to change the direction they’re traveling on every “1” count. Kelly was sold, and she now says that moment is one of her favorite parts of the work.

Other composers would rather leave the dance-making entirely up to the choreographer. “For the most part, I feel that my job as a composer in the world of dance is to appreciate and accentuate the poetic expression that can only be shown by a human body in this context,” says Jeremy Freer, a NYC-based composer and songwriter who is currently in the process of writing music for a short dance film by choreographer Trina Mannino. “If the composer can humble any arrogant tendencies for the sake of the choreographer’s vision while maintaining the same desire for passionate, clear expression they hold when writing for themselves, then good things will happen.” 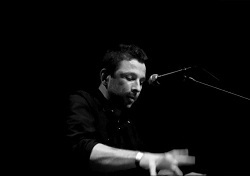 Freer says another challenge that may occur in this type of collaboration is a “language barrier,” as artists in different fields tend to develop lingo and terminology for their medium. He adds, “But in my opinion, that’s the fun part and the part where you learn things that add to your artistic expression in ways that just working with other people in your own field can’t.”

Sometimes the two artists don’t live nearby, so most of the collaboration has to be done via mail, the Internet or over the phone. Denise Cecere, artistic director of Northeast Youth Ballet (NYB) in Boston, has worked with Bernard Hoffer, a New York composer who has written for film, cartoons and commercials. Initial communication was done over the phone, and during the process, Hoffer sent Cecere the score and then periodically CDs with certain sections. They made it work, however, and have since made four ballets together for NYB – A Boston Cinderella, Three Little Pigs, MaGoose and the new Sadako.

For A Boston Cinderella, Hoffer wrote the music and text, adopting the Cinderella story and revising it to contemporary Boston with the prince being Boston Red Sox shortstop Nomar Garciaparra. Cecere was contacted to turn it into a ballet.

“The hardest part for me personally is the first rehearsal with the composer,” Cecere says. “I want so much to do his music justice. I would be disappointed if I took away from the talents of an artist I admire.”

But Cecere did not disappoint. “I have all my life collaborated with visuals,” Hoffer says. “I, therefore, am able to write very descriptive music as if I were writing to picture. The astonishing thing was how beautifully Denise staged the dance incorporating every detail of the music.”

All of these artists say they enjoy collaborating with one another and would most definitely work this way again.

“You should always enjoy your spouse,” Freer says. “That’s what dance is to music.”

“It is very exciting creating something new,” Cecere adds. “It is not the finished product or performance that makes it so worthwhile. It is the process that takes you on a journey that makes it so special.”

And to those interested in collaborating in this capacity, Peck advises: “It’s a learning process, and it’s a different process than just choreographing a ballet. There’s a whole added dimension and it can be much more rewarding.”