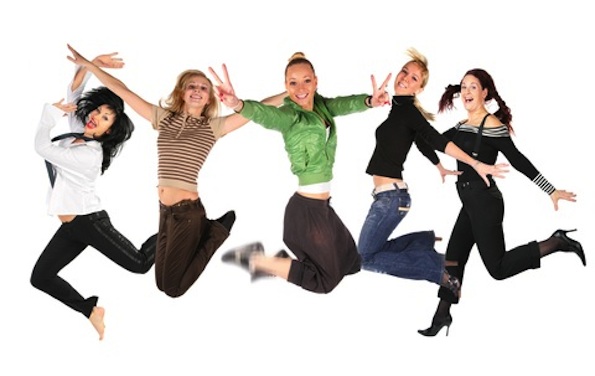 The age-old adage “it takes a village” has a whole new meaning these days with the growing popularity of crowdfunding, a digital mechanism that is helping artists across the nation find funding for their creative projects.

According to Jason Best in a recent Ted Talk video—Best is one of the innovators of crowdfunding and the Principal of Crowdfund Capital Advisors—the cultural phenomenon is a means to “engage large numbers of people from the community to make small investments.” Dancers, choreographers and dance organizations have taken note of the online tool’s effectiveness in both its success of reaching financial goals and expanding audiences.

One popular crowdfunding platform is Kickstarter. Founded in 2009 by Perry Chen, Kickstarter strives to make the fundraising process accessible and relatively simple. Any project with specific, articulated goals that fits into one of thirteen different creative categories, dance being one of them, can use the platform. The campaigner will be asked to illustrate his or her need, map out a budget and choose a deadline for the campaign (between one and sixty days).

“It’s an all or nothing mechanism,” says Kickstarter Spokesperson Justin Kazmark. “You only move forward and get the money if you reach your full goal.” He explains that this protects both the creator and the backers of each project.

For the creator, the responsibility and focus is limited to the sole project, while the backers can be assured that their money is going towards a sound campaign with good intent. The all or nothing mentality also generates a “sense of urgency and narrative arc,” says Kazmark. “Backers become emotionally invested in the project and are inspired to share the story with their friends and networks. As the deadline approaches, [everyone] rallies behind [the project].”

Since its inception, Kickstarter has hosted 1,185 projects in the dance category. Collectively, they have raised $3.4 million and boast a 70% success rate, which is the highest success rate of all thirteen categories. Why? It’s hard to pinpoint the reason. Kazmark conjectures that it could have something to do with the local nature of dance projects. Though, it may not be too far-fetched to say that it highlights something rather special about the dance world – its desire to connect with each other and its audiences.

Pre-dating Kickstarter by a year is Indiegogo, another highly reputable crowdfunding site. Launched in 2008, it has similar objectives, but makes its tools available to cause and entrepreneurial projects as well as creative undertakings. From a flash mob that aspires to help end violence against women and children, to an annual summer dance institute in Haiti, to a contemporary ballet company in Denver, CO obtaining its new swanky downtown location, the variety of dance campaigns on the site are vast and diverse.

Indiegogo offers both “Fixed” and “Flexible” funding options; the latter allows campaigners to keep any and all dollar amounts they raise. “Even if a campaign doesn’t reach its funding target, it can still be a successful one,” says Danae Ringelmann, Co-Founder of the company, in regards to this type of campaign. She stresses that the aim is to ensure each project can still achieve its next level, whether it reaches it projected goal or not.

In 2010, Indiegogo entered into a unique partnership. By teaming up with Fractured Atlas, a non-profit organization providing services to artists nationwide, the site now offers integrated fiscal sponsorship tools for the arts community. “This partnership was intended to give artists the time to focus on their creative work, as 501(c)(3) status can often be very time consuming,” explains Ringelmann. “[Since 2010] over $4 million has been raised for over a thousand Fractured Atlas projects,” explains Ringelmann.

Above all, crowdfunding can mean great things for dancers, choreographers and dance institutions by facilitating community, building awareness and providing a safety net to take artistic risks. Moreover, backers gain insight into the creative process, giving “people a more meaningful entry to the project…as well as emotional ownership,” says Kazmark. What begins as a quest for funding turns into the evolution of a close-knit, empowered community. “When the funding ends, it’s just the beginning of the story,” Kazmark asserts. Ringelmann adds that platforms, like Indiegogo, are “empowering dancers around the world to follow their dreams.”