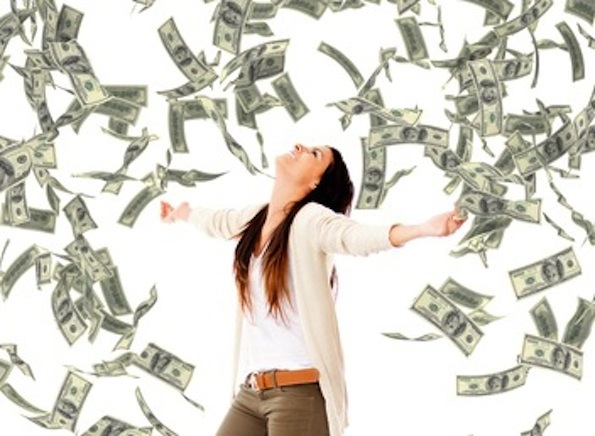 Despite reports of a slow economic recovery and predictions of more budget cuts to the arts, the financial future for dance is not all doom and gloom.

In cities across the United States, dance companies – from small, fledging groups to big-name organizations with operating costs in the millions – are sustaining themselves even while government and corporate grant funding continue to shrink. And though they are often run like a business, very few (if any) dance companies can earn as much money through performance bookings and ticket sales as they spend.

Some artists respond by rejecting the traditional company model and working on a project-to-project basis; they hire dancers and collaborators for a single event then raise a lump sum to produce it. But for others who have built and want to maintain a company over time, fundraising is an ongoing process that requires repeat donors.

Nearly $300 billion was given to charities in 2011, according to Giving USA, which publishes an annual national survey of charitable giving (although only 4 percent went to arts, culture and humanities). Of that huge figure, almost three-quarters of charitable donations were from individuals, while 14 percent was from foundations, 8 percent from individual bequests and 5 percent from corporations. Government funding was not included in the report because it amounted to so little – less than 1 percent.

Nonetheless, a web search for dance funding turns up countless corporate and foundational grant opportunities. It seems, according to these percentages, that companies are better off focusing their attentions elsewhere, and it’s not surprising that many Development Departments have moved the expansion of “individual giving” to the top of their to-do lists.

But there is no annual application process to target individuals, no deadlines or specific requirements, and it can be difficult to know where to start. “It’s called ‘development’ for a reason,” says Lily Binns, Co-Executive Director of Development at the Connecticut-based dance company Pilobolus. Her main job is to cultivate relationships with people who want to support the organization. “It takes time to develop those relationships,” she says, “They come first, the money comes second.” Presumably, some arts-goers are skeptical. Like any consumers, they are choosy and can quickly tire of monetary requests. Thus the word “development,” used to describe the department that gets people to donate money, might sound like a euphemism.

Lisa Dabney, Director of Development at Atlanta Ballet, hopes to change that perception by finding ways to “bring people under the tent” with the company and make them feel like active “investors” rather than passive donors. Binns has a similar approach. At Pilobolus, she organizes a variety of events aimed at giving the community access to the company and the people in it. “You need repeated points of contact to make someone feel he or she has a relationship with the organization,” she says. Over time, an emotional connection emerges, and donors give because they believe in Pilobolus’ mission, not because they feel guilty or expect something in return. “Donor-ship can be thought of as collaboration. You’re inviting [people] to be a part of something that makes their lives better,” says Binns.

Both Pilobolus and Atlanta Ballet host only one or two big fundraising events each year. “We would dilute them if we did a lot more,” says Dabney, who cautions newer companies against getting on what she calls “the event treadmill.” Large-scale events like silent auctions, black-tie galas and performance fundraisers are human resource intensive and can take more time to plan than they are worth if done too often. “Experiential meet and greets are better,” she says. Both Dabney and Binns agree that smaller gatherings designed to foster communication and contact between artist and patron should be the primary focus of development. Binns, in her role at Pilobolus, has spent a lot of time “working the crowds” and meeting people who are interested in the arts. She and her staff have planned cocktail parties, mixers for professionals, open rehearsals and community classes, and they invite potential donors to these events based on personal preferences and interests.

In 2011, Dabney and her staff launched a fundraising campaign to bring renowned choreographer Twyla Tharp to Atlanta Ballet to set her original work The Princess and the Goblin. Their goal was to raise the money entirely through individual giving. They targeted members of the community they thought would be interested in the project and put together a prospectus detailing specific costs. In a business meeting-like setting, Dabney’s department hosted a luncheon and told the crowd Atlanta Ballet was looking for “partners” who were interested in “making great art happen.” The staff followed up with the potential donors and discussed their levels of involvement. And it worked, says Dabney with a laugh, “Twyla came and put on a ballet.”

Smaller organizations without the budget to have a Director of Development or bring in a marketing consultant can nevertheless learn from these kinds of hands on, targeted fundraising initiatives. Dabney says a company’s email contact list is a great place to start. “Ask a close friend to donate a few bottles of wine and host an event in someone’s home,” she says, “Nothing elaborate, just invite [people from your contact list] over and get to know them in a different setting. Commit to having four of those every year.” Binns recommends keeping your eyes and ears open. If you hear a friend say, “You should meet this person, he loves the arts,” follow up, get his contact information, and invite him to a meet-and-greet.

“The fundraising economy is changing,” says Dabney. “There is so much static and noise, so much competition for dollars and time. People are looking for an enriched experience. They want to know about you and what you’re doing, especially if they are repeat buyers of your product.”

At Pilobolus, Binns makes a point not to ask for money at many of these smaller events. Development, she says, is social, “relational work.” Bring people together, get to know your patrons, and donations will be an inevitable outcome. Says Binns, “It feels good to give money to someone you love.”