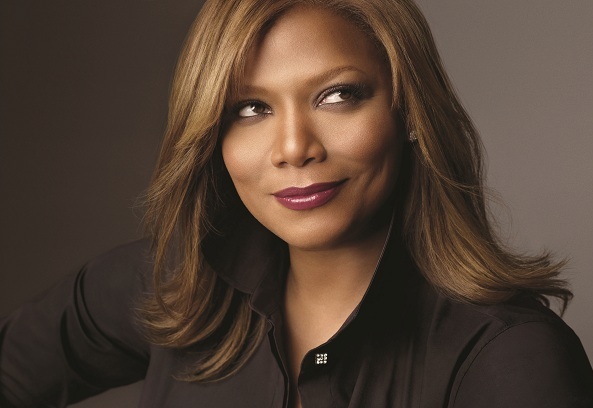 New York City Ballet has announced that award-winning singer and actress Queen Latifah and the legendary clarinetist Richard Stoltzman will appear as guest artists at the company’s 2013 Spring Gala on Wednesday, May 8 at the David H. Koch Theater at Lincoln Center in New York City.

A celebration of the 25th Anniversary of NYCB’s 1988 American Music Festival, and the centerpiece of NYCB’s six-week spring season (April 30 through June 9), the one-time only gala performance will feature Latifah performing George Gershwin’s The Man I Love with the New York City Ballet Orchestra as part of an excerpt from Who Cares?, George Balanchine’s 1970 classic ballet set to the music of Gershwin.

Stoltzman will perform the “Interlude” from André Previn’s Sonata for Clarinet and Piano, as well as Leonard Bernstein’s Sonata for Clarinet and Piano, both of which choreographer Christopher Wheeldon is using as the score for a world premiere pas de deux that will debut as part of the gala evening. The program will also include the NYCB premiere of a new version of Wheeldon’s Soirée Musicale, which is set to Samuel Barber’s Souvenirs, and was originally created for the School of American Ballet Workshop performance in 1998.

In addition, the gala performance will also feature Cool from West Side Story Suite, and the third movement of Glass Pieces, both choreographed by Jerome Robbins, as well as the pas de deux and finale from Balanchine’s Stars and Stripes set to the music of John Philip Sousa.

Originally from Newark, New Jersey, Queen Latifah (born “Dana Elaine Owens”) is an actor, rapper, singer and producer whose work in a variety of disciplines has earned her a Golden Globe Award, two Screen Actors Guild Awards, two NAACP Image Awards, a Grammy Award (plus six nominations), an Emmy nomination and a 2002 Academy Award nomination for Best Supporting Actress for her performance as the prison matron Mama Morton in the award-winning film adaptation of the Broadway hit Chicago.

Richard Stoltzman, originally from Omaha, Nebraska, is widely regarded as the world’s foremost clarinetist, and was responsible for bringing the clarinet to the forefront as a solo instrument, giving the first-ever clarinet recitals in the histories of both the Hollywood Bowl and Carnegie Hall. During his acclaimed career he has appeared with more than 100 orchestras around the world, and has produced an extensive discography of recordings. Stoltzman is the recipient of two Grammy Awards for Best Chamber Music Performance, the Yale School of Music’s Sanford Medal, and in 1986, he was the first wind player to be awarded the prestigious Avery Fisher Prize, which is bestowed upon American instrumentalists for outstanding achievement in classical music.

New York City Ballet’s 2013 Spring Season will open on Tuesday, April 30 with a three-week American Music Festival featuring 25 ballets and the music of 18 American composers. The six-week season will continue through Sunday, June 9 with the final three weeks devoted to a retrospective of NYCB’s entire 2012-13 performance year with highlights from the Stravinsky, Tschaikovsky and American Music festivals, featuring performances of 33 different ballets with no two performances alike. For more information or to order tickets, visit nycballet.com.