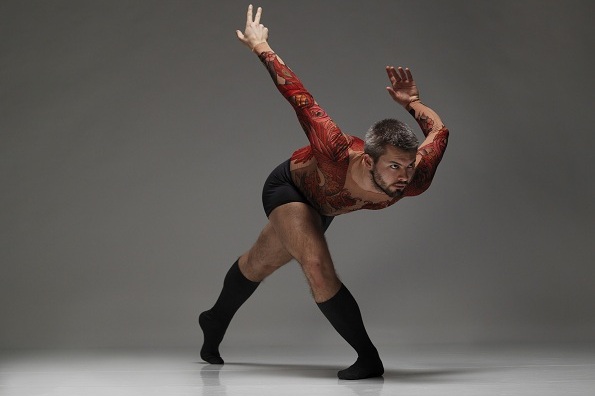 Josh Beamish is on the move — again. The industrious young choreographer, who recently completed a triple-stop teaching tour in South Africa and India, has traveled the world with his work, and will likely circle the globe more than once again before he reaches the age of 30. But this spring, Beamish will stay stateside as he prepares for the premiere of two new pieces created in collaboration with some of North America’s most revered ballet dancers. The road from small-town Canada to a Manhattan rehearsal studio with New York City Ballet principal Wendy Whelan was certainly less than straight. But Beamish seems to embrace the unpredictability of a career that has been surprising much of the dance community — and the choreographer himself — since he was in his teens.

“I started off making almost urban hip-hop influenced contemporary dance pieces,” he relates. “I was young, and I figured this was just a temporary thing — I was going to go dance for Janet Jackson in Los Angeles. But I got my first commission on a ballet company when I was 19, and that work was, at the time, my most well-received piece. It peaked my interest in making more of a focus on ballet.”

Beamish formed MOVE: the company in Vancouver at the age of 17, establishing the perfect forum in which to experiment with different ideas and styles of movement. Though he developed most of his balletic work through external commissions from groups such as Canada’s Ballet Kelowna, the School of American Ballet (in conjunction with the New York Choreographic Institute), and the University of Missouri, Beamish has enjoyed recent opportunities to bring his creations back to MOVE: the company — and to bring the restructured company to its new home base, New York City.

“Originally, I wanted to have a full-time company in Vancouver, to have all the resources to train my dancers every day, and to give them health care and benefits… But I wasn’t given enough grants and support to build that there,” he laments. “So when two projects with Wendy [Whelan] came up, and I got my three-year 0-1 Visa, I elected to put having a full-time company on hold.” 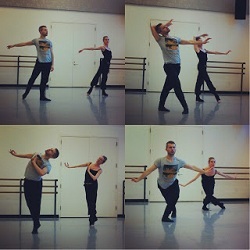 Josh Beamish and Wendy Whelan work together in the studio. Photo courtesy of Josh Beamish.

Today, his group of dancers operates as a rotating collection of guest artists from other companies around the continent. This format allows Beamish to focus more on the creative process and less on the logistics of sustaining a year-round business. Difficult as it was for him to leave behind the city of his professional beginnings and his initial vision for MOVE: the company, he knew that he could not continue to challenge himself and grow as an artist while attempting to provide a consistent sense of stability for his dancers.

Beamish’s latest project, a new full-length ballet called Pierced, brought him into rehearsal studios throughout North America to work with top-tier artists such as Whelan, her fellow NYCB principal Robert Fairchild, Pacific Northwest Ballet principal Carla Korbes, and Royal Winnipeg Ballet principal Jo-Ann Sundermeier. “I’ve been developing this piece since August, 2011, and it’s turning out to be very interesting,” he says of Pierced, which is scheduled to debut at the American Dance Institute in Rockville, Maryland on May 18th and 19th. “It’s a full-length ballet with no narrative, and with a movement vocabulary that is juxtaposed against the classical technique of the dancers. In the past couple of years, I’ve figured out how to retain an aesthetic of classical technique while incorporating intricate limb coordination and rhythmic challenges that are usually only seen in contemporary dance.”

The pioneering dance-maker’s creative instincts have proven quite powerful so far, drawing the notice and praise of critics and other artists alike. Whelan showed her appreciation for Beamish’s ingenuity when she invited him to choreograph a pas de deux for her first self-produced show, Restless Creature, set to open at Jacob’s Pillow this August.  This yet to be named piece, which will preview at the Guggenheim on April 14th and 15th, will join the creations of three other male choreographers — each enlisted to craft a duet specifically for himself and Whelan — on an international tour to take place over the course of the next two years.

“It’s really exciting to be using her in two very different contexts — classical and contemporary — in my work. It’s quite fun,” he glows. “Of course, when you’re hiring dancers who are under contract with another company, you have to be their second priority. Sometimes, I don’t know if we’re going to rehearse until the day before, but it’s worth it to work with artists of such high caliber.”

For Beamish, it is this “work” — time spent in the studio imagining, experimenting, refining — rather than the presentation of a finished product that propels him through scheduling hurdles and the many other obstacles a freelance career in the arts world inevitably poses. A choreographer to the core, he declares that he “never wanted to be a dancer. It didn’t interest me at all. I like choreographing way more than I like dancing, and I like dancing in the studio a lot more than performing. Many dancers live for being on the stage, but for me, that’s a necessary byproduct of the process in order for people to see what I do.”

With his ever-growing all-star roster of dancers and his endless drive to create, Beamish will undoubtedly have plenty of eyes on his work for years to come.