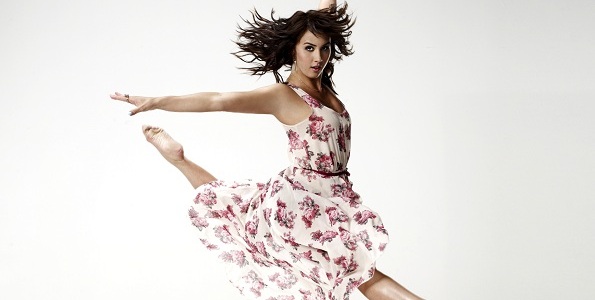 Lauren Gottlieb has gone from So You Think You Can Dance to the silver screen, and doesn’t seem to be slowing down anytime soon! Scoring a role in India’s first 3D dance film, Any Body Can Dance, Lauren is fulfilling her dreams of becoming an actress.

While in India at the premiere of the box office hit ABCD, Dance Informa caught up with the talented actress and dancer. Lauren filled us in on the difficulties in filming a Bollywood movie, career highlights such as working with Tom Cruise at the MTV Awards, and what the future may hold.

Congratulations on your role in Any Body Can Dance!

Thank you! I have been waiting for this moment my whole life. I started out my career in TV, but always had my heart set on film. The fact that my first lead role as an actress was also a dance film is just one of those things I call ‘fate’. As it’s India’s first 3D dance film it’s also a part of history, and I couldn’t be more thankful for such a wonderful life experience. The film released with smashing box office numbers and broke the record for being the highest grossing film-opening weekend with a non-star cast in the history of Indian cinema. A very proud moment in my life!

Can you tell us about the character you play?

I play ‘Rhea’, an Indian girl who comes from an upper class family and is a trained contemporary and ballet dancer. After an altercation with her teacher ‘Jehangir’ (Kay Kay Menon) she decides to follow her sir, ‘Vishnu’ (Prabhudeva), to a more underground urban dance crew in the slums. All in all, it’s a story about the underdogs rising to the top, and something I think the whole cast can relate to. Through hard work and dedication we all paved our way from nothing to seeing ourselves on the silver screen. 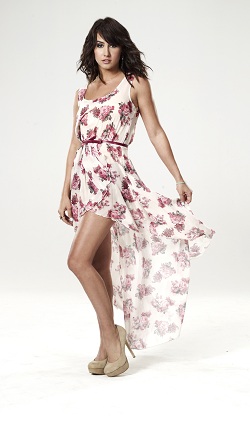 How was it working on an Indian film? Would you like to shoot again in India?

It was a huge risk taking this project on. I had to move from Hollywood to Bollywood and jump right into a new culture and lifestyle, and film my first movie not in my language. It was all so foreign to me and such a challenge to learn my Hindi dialogues so quickly, that at times I didn’t know if it was possible. I really turned to God to help keep me on track. I had an amazing Hindi coach, Kishor Sadhwani, and together we combined my Hindi script in my left hand and the English version in my right.

Now after having months of experience living in India and learning more and more of the language everyday, I could only imagine my next Hindi film being ten times easier than the first. A huge part of my heart is in India and now I have a big platform as an actress and dancer. I’m excited for my next project in Bollywood!

You must feel grateful to So You Think You Can Dance for providing you with amazing opportunities.

I have always been extremely grateful for all the opportunities the show has brought me. It did wonders for me, the other contestants, and dance in general. Instead of dancing behind artists, we were the solo artists and our names were in lights. From there it gave me a platform to pursue other passions I had with acting, choreographing and teaching. The show has also played in 100 plus countries around the world, which is exactly how Bollywood found me!

What was it like choreographing for Tom Cruise at the MTV Awards?

Working with Tom taught me a lot! He showed me you could be extremely talented and successful, and still treat everyone with respect. He’s a very gracious man. What was also unexpected was how open he was with learning from me. I was assisting Tyce Diorio on the project, but when Tyce couldn’t make it, Tom was still all ears and worked harder than most so he could give the best performance possible.

Congratulations on being featured in Glee. Is the show as much fun as it looks?

Glee is terribly fun to work on! The choreographer, Zach Woodlee, is a dream. The rehearsals are a mixture of extreme intensity and downright silliness. We are either sweating it out or laughing our butts off, but usually we are doing both at the same time. I was in the pilot episode and most of the first season dancing with the hit rival crew ‘Vocal Adrenaline’. It was exciting to see a show go from the first episode where no one knew about it, to being a hit that everyone couldn’t stop talking about.

What’s next for you?

I’m at a huge crossroad not only in my career, but also in my personal life. I have accomplished so much as a dancer performing on stage, film, TV and movies. I now have a great platform as an actress, which is a direction I had always hoped my career would take. The life crossroad is Hollywood or Bollywood? I always let my intuition guide me. You’ll have to wait and see what the next step will be!