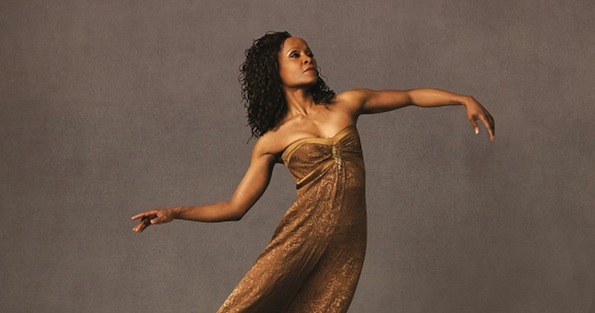 After more than three decades with Alvin Ailey American Dance Theater, acclaimed dancer Renee Robinson will take her final bow this season. Robinson is the last remaining dancer to have been chosen by Ailey himself and the only company member to have worked under all three Artistic Directors – Alvin Ailey, Judith Jamison and now Robert Battle.

In 2012, Robinson officially retired, but the company and her many fans weren’t quite ready to say goodbye. After a series of farewell performances in New York City, Robinson is currently performing as a guest artist in a three-city tour that includes Atlanta, Boston and her hometown of Washington D.C.

As part of that tour, Robinson is teaching open classes – which included one at Spelman College in Atlanta on February 13th – aimed at spreading the message of Ailey and his 1960 iconic work Revelations. Now, more than 50 years after its debut, the classic work has been seen by an estimated 23 million people in 71 countries – more than any other modern dance piece in history. At Spelman, the nation’s top ranked Historically Black College/University, Robinson taught short sections of the classic work and deepened the experience with historical and personal connections. 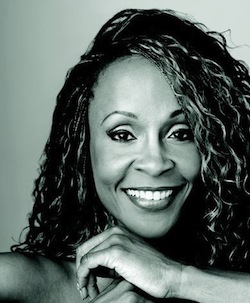 “If she’ll teach me how to dance, I will give her my life!” said Michaela Johnson, a star struck Spelman student, as she watched Robinson prepare for the class at Spelman’s Baldwin Burroughs Theater. Robinson must be used to reactions like these, but humility, it seemed, is in her nature. “If I’m an inspiration, it’s because I have great examples,” she said in reference not just to famed directors Ailey, Jamison and Battle but also to the many students she has encountered over the years. “I’m an example because I’ve been influenced by them, through performance and outreach [experiences] like the one that’s going to happen this morning.”

Though she has been a professional dancer for most of her adult life, Robinson is also a natural-born teacher. “Who here has seen Revelations?” she asked a crowded stage of about 50 students, “What do you remember about it?” As they answered, Robinson wrote key words from their responses on a large, white notepad, then read them aloud. “Spirituals, struggle, praise, the elements, community. Did I hear somebody say ‘community’? No? Okay, that’s going to be my word,” she said with a laugh.

Alvin Ailey’s original mission, as he put it, was to “deliver dance back to the people,” and Robinson upholds that legacy in mind, body and spirit. After the brief discussion, she removed her outer layer of clothing to reveal a taut, muscular torso in a pink tank top. A murmur of amazement bubbled through the group as Robinson stretched her expertly-toned arms wide and began talking the students through some warm-up exercises.

“Long, long, long, long – you’ll hear me say this a lot,” she said, “Even your foot is long. Long supple muscles ready to move.” Her voice, rhythmic and expressive, was so musical I hardly noticed that it was the only sound in the room. Robinson didn’t need accompaniment for the warm-up, her rich voice was a song in itself. 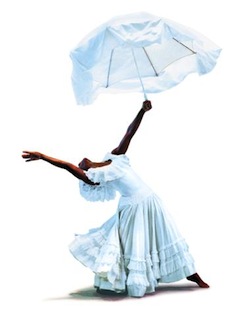 Entranced and inspired, a student later asked how Robinson has kept her body performance-ready for so many years. Her many answers included sleep, drinking lots of water and keeping yourself in good company. “I’m very serious about the way I eat,” she added, “But y’all, I will kill a diet for macaroni and cheese!”

It is this youthful energy, this easy connection with her students, which makes Robinson an ideal spokesperson for the Alvin Ailey American Dance Theater and its affiliate school. When her official “retirement” sets in, she hopes to continue leading workshops and Revelations residencies in public schools. She’s also thinking about writing a children’s book aimed at giving aspiring dancers a behind-the-scenes look at the profession.

Near the end of the class at Spelman, Robinson taught parts of Wade in the Water and Rocka my Soul, two of the most lively and least technically-demanding sections in Revelations. As the students watched the detailed rippling of her arm, the practiced steps and piercing focus, it became clear that executing the movement was going to be harder than it looked. “Yes! I felt that!” she yelled when the group began to get it, “That’s when you start to feel the correct energy, the seriousness of it and we become involved in your journey.” She went on to explain the meaning behind these sections, the images of splashing water and the ceremony of a Baptism. “Revelations is part of humanity,” she said and paused, “I’m going to start crying.”

Robinson has performed these sections countless times, but she dances with such immediacy, as if every movement is as powerful to her now as it was 30 years ago. When she appeared on stage at the Fox Theatre the following night “holding that umbrella high” as Robert Battle said in his curtain speech, the audience erupted into applause. She led the company in Wade in the Water, stepping over the fluttering pieces of fabric with commanding grace.

Ailey’s works, especially Revelations, have “embraced people from all backgrounds,” says Robinson, and she continues to pass on that message, even off the stage. “I would like for everyone to know that’s what dance can be.”