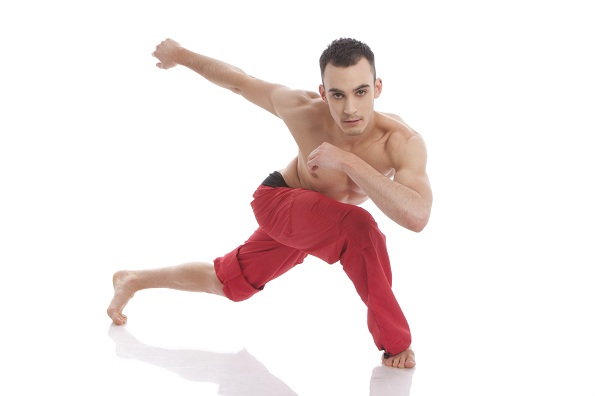 At the age of 18 months, when most kids are perfecting their walk, Reed Luplau was beginning to dance. His mom ran a dance studio, Jody Marshall Dance Company, in Perth, Australia, and there Luplau grew up in the studio learning jazz, musical theater and acrobatics. His dancing allowed him a successful, memorable career in Australia and has since landed him in the United States, where he is now a permanent resident and lives in New York City. But he’s much more than just a dancer now; he also has choreographing, teaching and, most recently, acting, under his belt. And his expectations are still sky high. With his plate of skills forever growing, it is no doubt that Luplau, already a star, is growing brighter and brighter every day. He is a man on a mission, and nothing seems to stop him.

“I pretty much didn’t know any other life than dancing,” said Luplau, who ironically says he didn’t discover ballet until 14 years old when he saw his first classical production, West Australian Ballet’s Coppélia. He said he thought, “What is this? What’s going on? You can be paid to dance?”

This first sprouted more trips to the ballet, where he was also exposed to the company’s more contemporary works by choreographers such as Hans van Manen and Nacho Duato. Luplau was hooked. He decided to seek out a ballet school to train part-time, and then, at the age of 15, was accepted into The Australian Ballet School and packed his bags, left his family behind and moved to Melbourne to train full-time. 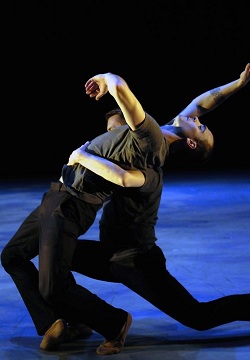 Reed Luplau in performance with Lydia Johnson Dance in NYC. Photo by Kokyat.

From there, Luplau ventured to Sydney to dance with the Sydney Dance Company under the direction of Graeme Murphy and Janet Vernon. His dance career was beginning to blossom – he was the poster boy during his second year with the company for one of Murphy’s new works, he was nominated for numerous awards and he was often a chosen dancer for outside choreographers.

One of those choreographers was Aszure Barton, a New York-based choreographer who created a work on Luplau and two other company members.

“She really changed a lot of my view of dance in Australia,” Reed recalls. “She kind of pushed my buttons and was like, ‘Reed, do you need to move? What are you doing here? Grow up. You need to come follow me to the States.’”

So, when Luplau was offered another contract with Sydney Dance Company, he turned it down and, in February 2010, moved to New York for good. “Just a hunch,” he says of his decision to move.

Since arriving in New York City, Luplau has danced with Stephen Petronio Company, Aszure Barton and Artists, Lydia Johnson Dance and Compagnie Julie Bour, among others. In September 2011, Luplau joined Lar Lubovitch Dance Company, which, for him, has been extremely rewarding.

“[Lar] is such a legend and he’s a dancemaker. It’s been such an honor to be involved with him, create with him and dance his beautiful work,” Luplau says.

Also in New York City, Luplau works with his agent and books gigs, such as a promo for Teen Nick and a dancing stint for the Lucille Lortel Awards opening night. In this way, he finds life as a dancer in the Big Apple different from the life of a concert or contemporary ballet dancer in Australia.

“The opportunity to be able to do things that come up has been fantastic – the versatility that comes with it,” Luplau says. “It’s not so one-stream. In this city the way you survive is you’ve got to book that job and take whatever you can get.”

Still, as an Australian with an O-1 Visa, there were jobs that Luplau couldn’t go for because of his status. So, rather than renewing his Visa, he made the investment in his career and applied for permanent resident status. It became official in August of this year. 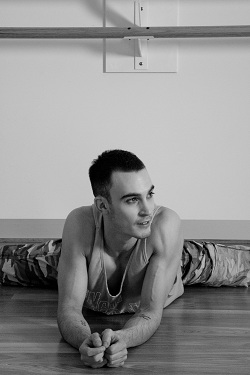 “I didn’t want to reapply for another Visa because I was just going to be doing the same things, and, for me, I need to keep evolving and I need to keep pushing my boundaries,” Luplau says. “That’s why I moved here. I would not have moved out of my home and become the struggling artist, to be honest, if I didn’t believe in it and if I didn’t want to push it. It’s expensive, but it was something I had to do.”

Luplau is convinced it will be worth it. Already he has been to his first Broadway call and did The Last Goodbye workshop, where he met Sonya Tayeh and Alex Timbers, both of whom Luplau says he never thought he would have met in his life.

Then one day, Luplau got a casting call for a feature film, 5 Dances, a predominately dance-focused film directed by Alan Brown. Luplau, who had never read lines before and had never had to portray someone else, went in for the call. A month later he was called back, and after a less-structured, improv-based callback, Brown told him, “I really like you. You can’t act, but we’re going to hire you.”

So Luplau, ever-evolving in his skill set, tried his best. The movie wrapped and is slated for an early 2013 release. By the end of the process, Luplau was so inspired that he sought out an acting school in order to serve his next quest: Broadway.

“It’s doable and I can do it,” Luplau says. “I want to do so much in the short time that we have on this earth, and Broadway is the next thing I want to do, so it’s time to figure out what to do and how to get there.”

With the help of the 5 Dances casting agent and Alan Brown, Luplau found an acting school that would fit in well with his dance schedule, where he has been studying since September.

“It’s a struggle,” Luplau admits, “but it’s something I believe in and it’s something I want to transition into. It’s challenging. I’ve been dancing for so long. Not that I don’t find dance that challenging anymore, but to be able to speak and portray someone else is difficult. I’m only two months in and I’m like, ‘Give me more.’”

It is this determination and thirst for more that makes Luplau’s goals seem just an arm stretch away. He understands that the world of Broadway is a competitive and challenging one, but he continues to strive.

“I feel that with all these extra tools that I’m picking up, it’s something that I want to do, and I’m very serious about it,” Luplau ensures. “That’s what I’m focusing on.”

That said, however, Luplau points out that New York City is one that is best lived moment to moment. “I remember I used to have such a clear vision,” Luplau says. “I mean, I have a vision of where I’d like to be, but five years from now I can’t tell you where I’ll be. Not that it sets you up for failure, but sometimes it sets you up for disappointment because it’s just life. Life just changes like that. This city and the way that everything is, you have to live day by day. Or check by check.”

But no matter where Luplau may be one year from now, one month from now or one week from now, it is sure that he will still be pushing his boundaries.

For more on Reed Luplau, head to his website at www.reedluplau.com/index.html.