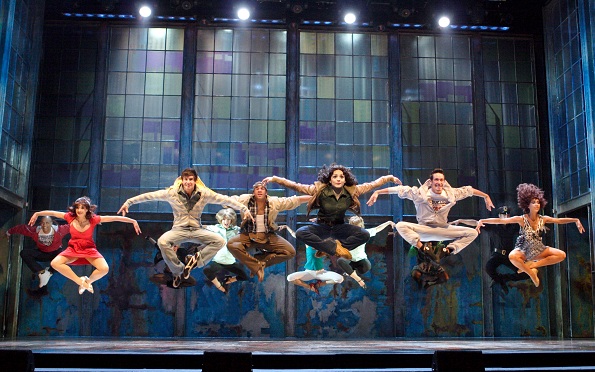 Broadway in Atlanta has announced an energetic 2012/13 season.  The roster of five prominent productions includes a little something for everybody with all shows performed at the Fabulous Fox Theatre.

The season just opened with War Horse, winner of 5 Tony Awards, including Best Play. As World War One begins, Joey, young Albert’s beloved horse, is sold to the cavalry and shipped from England to France. He’s soon caught up in enemy fire, and fate takes him on an extraordinary journey, serving on both sides before finding himself alone in no man’s land. But Albert cannot forget Joey and, still not old enough to enlist, he embarks on a treacherous mission to find him and bring him home.  The production is based on a novel by Michael Morpurgo and the inspiring work features life-size puppets strong enough for men to ride. 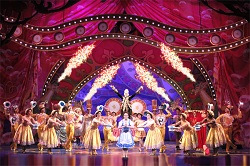 Disney’s ‘Beauty and the Beast’ perform ‘Be Our Guest’. Photo by Joan Marcus.

Next Atlanta audiences can enjoy Disney’s Beauty and the Beast from November 27th to December 2nd. Disney’s classic musical love story is filled with unforgettable characters, lavish sets and costumes, and dazzling production numbers including “Be Our Guest” and the beloved title song.  Marketed as appropriate for children of all ages, Beauty and the Beast promises holiday-season fun for the whole family.

In the new year comes Flashdance, which tells the inspiring and unforgettable story of Alex Owens, a working-class girl from Pittsburgh with a dream of becoming a professional dancer. She works by day as a steel mill welder, and a bar dancer at night, while aspiring to be accepted at a prestigious ballet academy. When Alex catches the eye of her boss Nick Hurley, their romance shows her the meaning of love and drives her ambition to pursue her dream.  This 1980s movie hit is sure to take many down memory lane.  Flashdance runs February 5-10. 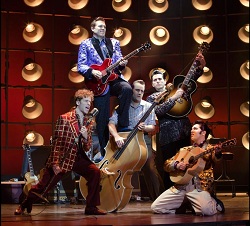 Rock-n-Roll lovers take note of Million Dollar Quartet. This show, running March 12-17 2013, chronicles a single evening jam session shared by  Elvis Presley, Johnny Cash, Carl Perkins and Jerry Lee Lewis. On December 4, 1956, these four young musicians were gathered together by Sam Phillips, the “Father of Rock ’n’ Roll” at Sun Records in Memphis for what would be one of the greatest jam sessions of all time. Million Dollar Quartet brings that legendary night to life with an irresistible tale of broken promises, secrets, betrayal and celebrations featuring timeless hits.

Sister Act closes the Broadway in Atlanta series from April 23-28.  Sister Act is Broadway’s fun musical comedy based on the smash-hit film. When disco diva Deloris Van Cartier witnesses a crime, the cops hide her in the last place anyone would think to look – a convent! Under the suspicious watch of Mother Superior, Deloris helps her fellow sisters find their voices as she unexpectedly rediscovers her own.

All information is taken from the Broadway in Atlanta website.

Top photo: A scene from Flashdance