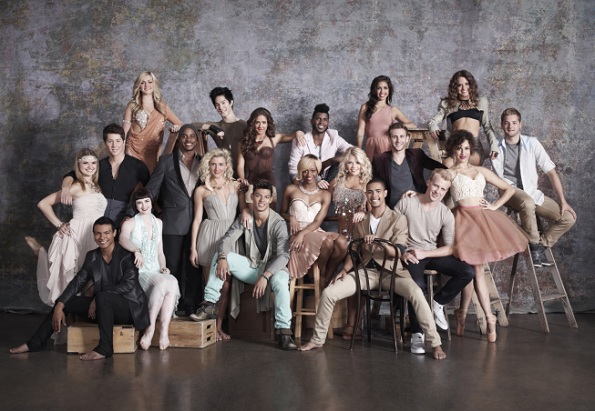 Season Nine of So You Think You Can Dance is almost over! With only a few shows left, this season seems to have gone very quickly. Dance Informa spoke with dancers Lindsay Arnold, Will Thomas, Janelle Issis, Dareian Kujawa, Amelia Lowe, George Lawrence II and Audrey Case after their eliminations from the show.

Who was your favorite choreographer to work with?

George
Going in to the season I always wanted to work with Sonya Tayeh and I got to work with her for the first two weeks. It was a dream come true. 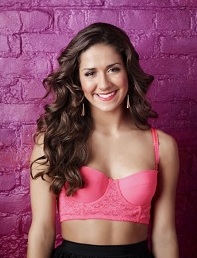 Audrey
My favorite was Travis Wall.  He did my favorite piece that I performed.  He was just an amazing person to work with and he taught me so much.

Amelia
I think it was a toss-up for me because each choreographer is just so different, but one of the funniest choreographers to work with was Nappytabs, that first week, because they are just a riot to be around.  We still got so much work done, but they just have so much fun with what they do and you can tell they love it.

Janelle
Every choreographer is different and they all brought something different to the table.  Sonya sometimes goes for blood.  Sean Cheesman pretty much went for blood with us, and that was probably one of the toughest times we had, but it was so good at the same time and definitely worth it.  Pasha was really funny to work with.  Mia was a lot of fun. I can’t really pick. I learned so much from all of them.

Dareian
I didn’t really have a favorite.  Sonya would kick your butt in rehearsal.  Her work ethic is crazy, so that was amazing.  Then Pasha’s style is just so amazing, and he is such a man when he dances. I tried to take that away with me.  Nappytabs are sick.  I just try to take a little bit away from each choreographer because they’re so amazing in so many different ways.

What do you think of the new format this season? 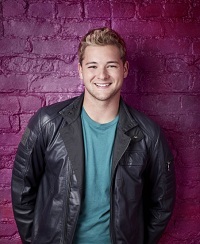 Lindsay
I think the new format was a little bit hard. It was hard doing a performance night and having the height of that and then all of a sudden going straight into eliminations.  It was really hard emotionally every night, because we could never just have a night of fun performances.  It was like it always ended sad.

Will
I feel America didn’t really get to  know us as they did maybe in other seasons, where they’d get to see us two nights a week, rather than just one night a week.

There are rumors that this may, unfortunately, be the last season of So You Think You Can Dance.  If it is, how would you feel about that? 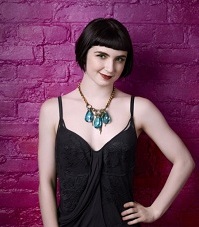 Lindsay
I have heard rumors, but I haven’t been told anything for sure.  I know that the people at So You Think You Can Dance are still planning on another season.  I hope there is. I feel that this is such a good show for dancers and it should stay around as long as possible.

Amelia
If this is the last season, I feel so glad that I got to be a part of it because So You Think You Can Dance was such a large part of my childhood growing up and such a huge inspiration for why I dance.  I am glad that I got the chance to be on the show while I could and I can always say that I was on the show that helped inspire me so much.

Janelle
If it is the last season, that would be really sad, but I am honored to be able to be a part of this season. 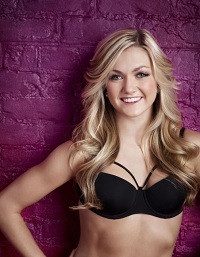 Dareian
If it’s true that would really ‘suck’ for other dancers out there that really wanted to audition for the show.  I remember being in high school and it was one of my dreams to be on the show.  It was on my list of goals of things to do after I graduated.  I am just so happy that I went to that audition in Salt Lake City and that I didn’t hold back.  It didn’t last quite as long as I hoped.  I was hoping for a little top-ten action, but I am still happy that I was able to be on the show.  This season, all the dancers were just so amazing.  I can’t even describe how amazing the experience has been.

What are your plans now that the show has finished for you?

Audrey
I’m planning on moving out to LA in December or January. I’m just going to go to auditions and try to get as many jobs as I can, whether it’s acting, dancing or anything really.

Lindsay
We’re going to go on tour in the next couple weeks, which is going to be really fun.  After that I’m hoping to do TV shows, music videos, everything.  I really want to be on Dancing With The Stars, so I’m hoping that that will work out for me. 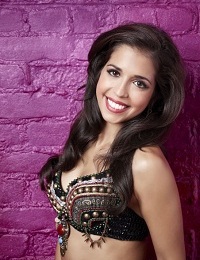 Amelia
I am looking to branch out and go into movies, like acting and film.  That would be something that would be exciting for me.

Janelle
So many doors are opening.  The belly dance community is rather large, and I would love to teach.  I would also love to maybe one day have a belly dancing cooking show, do modeling or even acting.

Dareian
I am actually considering moving out to LA now because being on the show is a huge advertisement for a dancer.  I have tried the Vegas scene and everything, and I just feel there is so much more commercial work out in LA, so I want to get into that.  Maybe get into singing and acting as well and open up my options, possibly underwear modeling.  I am looking into that as well. 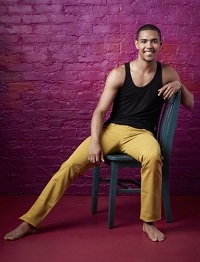 George
I’m headed home now and I’m just going to chill and rest before I come back for the finale, and then we go on tour so I’m excited about that.  I actually haven’t thought about my plans once the tour ends, except that I’m moving out to LA. I would love to dance with some hip-hop singers like maybe Beyonce, Rihanna, Lady Gaga – just get my name known.