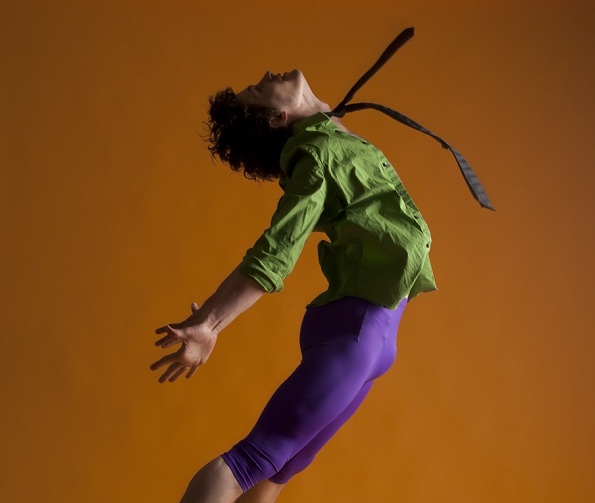 Brian Mengini is the type of person who sometimes lets life’s signs steer his path, while still holding true to his passions. For Mengini, that journey has brought together two of his greatest interests, photography and dance, fused together for a greater cause.

Over the past few years, the Pennsylvania-based photographer has used dancers as his muses and subjects for a series of projects that shed light on societal and human issues. EmpoweredME is a photographic tribute to those battling cancer, Barre Boys is a forum to spotlight the men in ballet, Hope Dances is a dance outreach program for special needs children, and Angels of Freedom is a photography series that honors the men and women of the United States military. Whether or not these issues have affected Mengini personally, all of them are things he feels strongly about. And, in turn, he has used his talent as a photographer and admirer of dance to give an offering out to the community.

As someone who always had a camera in hand, Mengini studied photography at the Antonelli Institute, where he graduated in 1997. Around the same time, he was also performing company manager duties with Philadelphia’s Rennie Harris Puremovement dance company. While not a dancer himself, Mengini was always on tour with the group, at shows and constantly exposed to the art. He was also, he says, transitioning into the next phase of his life. 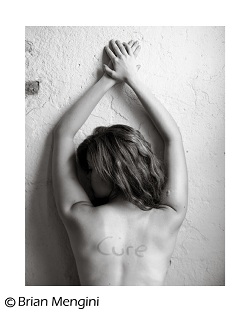 About a year after graduating from photography school, Mengini quit photography altogether. After a while, however, Mengini would take photographs of his two kids at home and, toward the end of 2006, started to see signs to get back into his art form.

“So, I listened to the signs,” Mengini says. “I got back into it. One of my first shoots upon my entry was a promo shoot for a friend’s dance company. The feedback we got from that shoot was really what got me headed into dance photography. That summer I shot Royal Ballet’s Swan Lake, and that’s what got me hooked on ballet. That show was a life-changer for me. I didn’t know it really at the time, but everything I have accomplished in my career was due directly to that show.”

And so began his constant craving for more work as a photographer in the professional dance world. Since that time, Mengini has photographed ­­­such prestigious dance companies as Trey McIntyre Project, the Mariinsky Ballet, Pennsylvania Ballet, Boston Ballet II, Rasta Thomas’ Bad Boys of Dance and more.

Mengini took his growing expertise in dance photography one step further as he began to form projects based on certain human and societal issues – cancer and children with special needs, for instance – that have stirred him emotionally and/or personally. For Mengini, the decision to use dancers or dance as his muse was an easy one.

“It’s what I know most and best, so it’s natural for me to find a way to incorporate the two,” Mengini says. “Using dancers is a wonderful way to help articulate the story. They are not only able to bend, contort and shape their bodies, but they can emote. Because they are people, it adds a pedestrian feel or something tangible and accessible. Because they are dancers, it adds something ethereal, something otherworldly. What’s more is that I always find dancers to be such giving creatures. They are always eager to lend their talents and time for a cause greater than themselves. I admire that and feel much the same.” 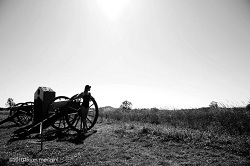 EmpoweredME, one of Mengini’s current projects, is an art-based initiative that honors those battling cancer. For this project, Mengini has worked with a large host of dancers, some of whom he has known, others he met through Facebook or Twitter, and some who sought him out as the project gained exposure.

EmpoweredME contains photos that are overtly dance-themed, with images of dance poses that may reflect the characteristics and emotions that one battling cancer may experience. The project also contains close-up images that have a more pedestrian feel and focus more on emotion.

“Still using dancers,” Mengini explains, “we are more focused on creating something more pedestrian and tangible for the viewers, while continuing to draw upon the range, grace and beauty of a dancer to be able to take the viewer to another place.”

Another dance photography-based project, Barre Boys, is Mengini’s platform to shed more light on the men in ballet. It features stories, interviews and images of men in ballet – from students to professionals. Barre Boys also highlights schools and studios that have male dance programs.

Angels of Freedom is a photographic tribute to the fallen military. Mengini photographed dancers from Boston Ballet, American Ballet Theatre, Royal Ballet and elsewhere as they wore angel wings in a variety of historic military landmarks, including Gettysburg and Valley Forge. Mengini plans to culminate the project in an exhibit around Veterans Day and will create a coffee table book, with the proceeds to go to a military-based charity or organization.

A father of a special needs child himself, Mengini says that that has taught him more about compassion and empathy, two characteristics that he obviously embodies and that have probably fueled many of these projects.

“None of the projects I take on are done for any financial gain,” Mengini says. “What I do get from them is a sense of being able to help others, to give others a voice that they may not have otherwise. They are often also artistically pleasing. Hopefully, through my work, I can add something positive to a cause and perhaps share the beauty of art while doing it.”

“I feel it is imperative to give back or pay forward,” Mengini continues. “There is a quote that says that these gifts of ours are not ours to keep. I live my life by this. My talent is not my own to hoard. I was given a gift and it is my responsibility to share it, to put it to greater use. It is in this spirit that I always try to give a voice when and where needed.”

Find out more about Mengini and his various projects by following him on twitter twitter.com/brianmengini or on facebook www.facebook.com/brianmenginiphotography and spread the word!