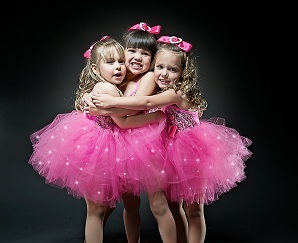 What started as a one-room dance studio in Livermore, California, in October 2000 has now blossomed into eight studio locations throughout California, with a total of about 3,000 dance students. The woman behind this dance surge: Tiffany Henderson. Tiffany’s Dance Academy and her baby class curriculum subscription program, Twinkle Star Dance, have surpassed the recession during the early 2000s and continue to grow and flourish.

With an already strong love for teaching dance but a newborn baby that would require much of her time, Henderson set out to open her first studio right around the corner from her new home in Livermore. She expected to work about 10 hours per week. Within the studio’s first year, however, Henderson decided to move to a larger location before the lease expired and made intentions of sub-leasing the space. Attempts were made, but economic times were difficult and the space remained vacant for four years. Henderson was out $70,000. At the time, with a growing family and a husband who had just changed jobs, Henderson found herself working 100-hour weeks and making zero money.

“Somehow we powered through those years and made it to the other side,” Henderson says. “I would also remind myself as I was teaching a class that there wasn’t anything else in the world I’d rather be doing. I took each day as it came and did whatever was necessary to save the studio.”

And not only was Henderson able to save that one studio, but she was also able to rally and branch into seven other Californian cities – Pleasanton, San Ramon, Fremont, Tracy, South San Francisco, Costa Mesa and Laguna Niguel. All locations of Tiffany’s Dance Academy offer ballet, tap, jazz, hip hop, contemporary, lyrical and adult classes. Henderson’s studios have flourished so much that she is even able to offer her teachers full-time employment, including health benefits and a retirement matching plan.

One secret to Henderson’s success: the baby class program. “We continued to market to the three-year-old market and continued to spend money on direct mail when other dance studios did not,” Henderson says. “We remained steadfast in our commitment to put the baby program first in our studio. This is what got us through the great recession and even allowed us to grow.”

Henderson developed a whole curriculum that focuses on this market. The program, Twinkle Star Dance, is designed for dancers ages 2-6 and is comprised of ballet, tap and jazz movement for age-specific classes. 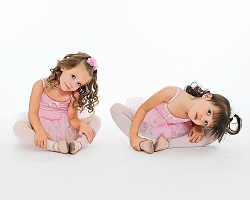 “I wanted classes for babies that were a perfect balance of structure and fun,” she says.  As a result, the Twinkle Star Dance program has been the cornerstone of all eight of Henderson’s studio locations. Even more, when Henderson spoke at last year’s Dance Teacher Summit and the Dance Teacher Web conference about how to keep recreational dancers happy and valued at owners’ studios, she realized there was a vast desire for baby dance material at most studios. Henderson then decided to make the Twinkle Star Dance program available for other studios to purchase.

“Most studio owners are so busy with so many things that creating a curriculum for the youngest dancers is not an easy task,” she says. “The Twinkle Star Dance program is delivered through streaming videos and can be easily shared with the studio’s instructor base. This makes the program cohesive while making it easier to train teachers.”

Henderson recommends the Twinkle Star Dance program for any type of children’s dance school or studio in any city or town. She says it is especially beneficial for new studios, as the program also comes with marketing and business tips and templates. She says that offering the Twinkle Star classes in a new studio can quickly build a studio’s enrollment.

Henderson says it is also valuable for “studios with large competitive teams, as it keeps the focus on the baby recreational dancers while allowing enough time for your intensive programs.”

“I want to help studios grow, prosper and, dare I say, make money,” Henderson says. “We started dance studios because we wanted to make money doing what we love! The Twinkle Star Dance program will help them grow their student population and make extra revenue. Those Twinkle Star dancers will grow up into their performance companies and the extra revenue will allow them to train their intensive dancers with less stress.”

Henderson is clearly doing something right to have her dance phenomenon rise the way it has. Perhaps it is her knack for business or her passion for teaching, or a successful balance of the two that has enabled her dance enterprise to not only survive but also flourish during a time when many growing businesses were forced to close.

And while making money is still an important goal for her own studios and those she helps with Twinkle Star Dance, Henderson says that the most rewarding part of her career is “hands down watching the dancers grow up in my studio and head off to dance education and performance careers.”