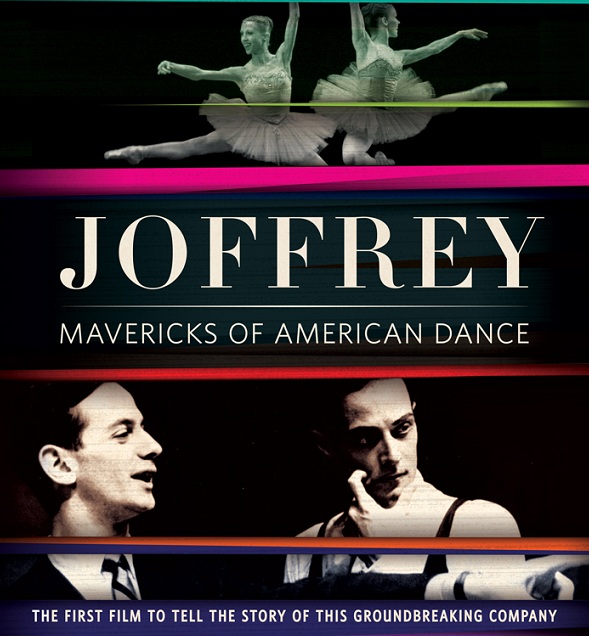 Joffrey: Mavericks of American Dance is a film that tells the story of one of America’s top dance companies, The Joffrey Ballet.  The documentary includes interviews with some of the original company members, rehearsal and performance footage, and clips of Robert Joffrey and Gerald Arpino, the two men who began it all. A project that originated in 2008, Joffrey: Mavericks of American Dance has been shown in screenings in select theaters around the country since January 2012 and is available to purchase on DVD beginning in June 2012.

The documentary, directed by Bob Hercules, highlights the journey of The Joffrey Ballet from its beginning as a six-member traveling ensemble to a full-fledged establishment now based in Chicago, Illinois. As the title denotes, the film portrays the company as a maverick – the first American dance company to integrate modern dance into its classical ballet base, and one that was so connected to political and societal events of the time. 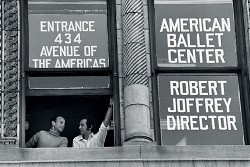 Gerald Arpino and Robert Joffrey at the American Ballet Center in the 1960s. Photo by Herbert Migdoll

Hercules says the idea for a documentary came about when he was asked to do oral history interviews with Arpino, whose health was fading, in 2008. After speaking with Arpino, Hercules realized there was a great story that could be told and approached producers about funding a film. For Hercules, The Joffrey’s tale was a classic story – one with several rises and falls – and the company’s contribution to the American dance world was pivotal.

“They had a profound effect on the world of dance in America,” Hercules says. “I think they were really the first American dance company that wasn’t quite as pulled in the Russian and European traditions as some of the other companies. They were also very eclectic in a way that other companies of the time maybe weren’t, and they didn’t seem to be so concerned with body type or racial makeup.”

Una Jackman, one of the film’s producers and the woman responsible for bringing The Joffrey to perform in Detroit for the past 12 years, also says that the strong bond between Joffrey and Arpino, who started the company when they were 16 and 22, respectively, makes The Joffrey’s story worth being told.

“Robert and Gerald started out as lovers, and then that ended, but their relationship, their deep friendship never ended,” Jackman says. “They stayed living together until Robert died in the 80s, and they had a commitment to having an American company that spoke about America and spoke about the times. They stayed with this company, 50 years of commitment, ups and downs, sometimes it wasn’t going to work, but they never stopped their commitment. So it’s about a relationship as well, as much as it’s about dance.” 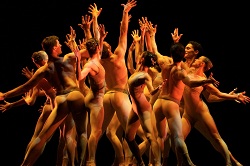 In Joffrey: Mavericks of American Dance, Hercules wanted to be sure to include crucial works in The Joffrey’s repertoire, including Kurt Jooss’ The Green Table, Joffrey’s psychedelic rock ballet Astarte, Twyla Tharp’s Deuce Coupe, Leonide Massine’s Parade, and Arpino’s Light Rain and Trinity. Hercules uses rehearsal and performance footage, as well as interviews with some of the dancers who originated these pieces, to capture the story and importance of these works.

“The dancers themselves were so great when I interviewed them,” Hercules says. “They were fantastic storytellers, really engaging and very funny people. One thing people don’t expect is how much humor is in the film, and I just thought that was great. I think humor is important in life and in film, so I try to work in as much humor as I can.”

Jackman agrees. “When you watch a company perform, you see them dancing and it’s very beautiful, but there’s a back story,” she says. “I think learning about the dancers, learning about their human condition, was really rewarding, and getting to speak to them, to see how passionate they are. Many of them said, ‘If it wasn’t for Joffrey I don’t know what I’d be doing today. Joffrey saved my life. Gerry and Robert, they were my parents.’”

Both Hercules and Jackman believe that all viewers – dancers and non-dancers – can benefit from the film and from The Joffrey Ballet’s story. 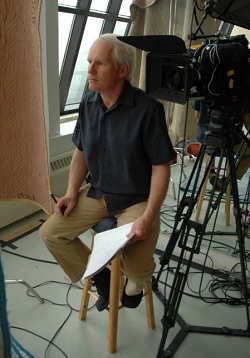 Director Bob Hercules on the set of the Joffrey film. Photo courtesy of Media Process Group

“It’s simply a great story, which rises and falls, with tremendous tension and drama, humor, all the things you want in a great story, a great film, and that’s a great takeaway for people,” Hercules says. “For dance fans, I think they’ll gain a much deeper understanding of The Joffrey, of where they came from, what the context of the times were that they came out of, and how they evolved as a company, and also some of the revolutionary works that they did.”

Jackman says that the four-year process of creating Joffrey: Mavericks of American Dance was indeed a labor of love and one that was very rewarding. “I’ve had people come up to me and say, ‘I really loved that movie. I didn’t really know a lot about dance before that, but now I want to go to the ballet. Now I want to see more.’ That, to me, is the most rewarding,” she says. “That, to me, just makes it all worthwhile.”