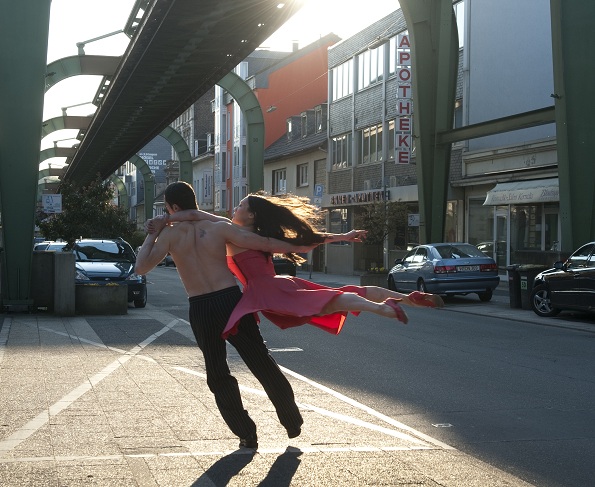 In what is being heralded as the first 3-D art house film, director Wim Wenders (Wings of Desire) has created a stirring tribute to an inspiring and passionate choreographer. Pina Bausch, alongside her company members at Tanztheater Wuppertal, created some of the most visually arresting and emotionally honest works in the modern dance repertoire. Through her unique fusion of dance and theater, she influenced and shaped the entire modern dance world.

Pina was a visionary. She did not allow herself to be restrained by any convention or hesitation. If her work required the stage to be covered with pounds of soil or sand, which it often did, she would ensure that it was done. Her piece Vollmand (Full Moon) uses a giant boulder onstage and many gallons of falling water raining down from the rafters.  Another piece, Café Muller, creates a playing field for her dancers by placing hundreds of abandoned chairs and tables across the entire stage.

Pina embraced the art of spectacle, which is fully present in the film. However, at the core of her work was a pure understanding of the human condition. Through movement, Pina brought out the inner life of everyday people. Her movement vocabulary may be jarring to some viewers at first, appearing to be simply “avant-garde,” but this film takes you into a world where people wear their emotions on their bodies. Pina was not afraid to send her dancers away from aesthetic beauty if doing so would display the full honesty of emotion.

The film focuses on four of her most iconic pieces, Vollmond (Full Moon), Kontakhov, Le Sacre du Printemps, and Café Muller. Wenders intersperses performance footage of these pieces with spoken words from her dancers and Pina herself. However, the film truly comes alive when it takes Pina’s choreography off the stage and into the streets and train cars of Wuppertal, Germany and the surrounding area, fully utilizing the amazing capabilities of 3-D filmmaking.