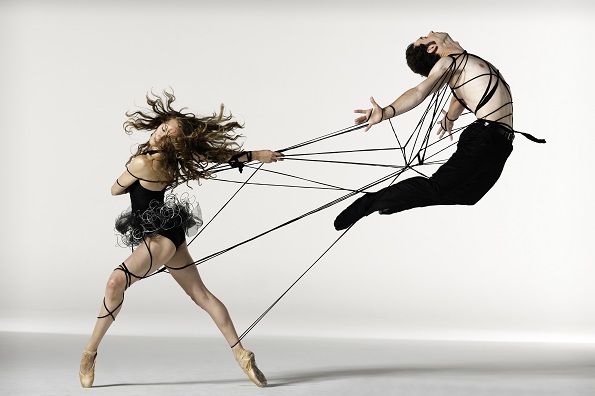 Divided by so much distance, it’s easy for American dance communities to disconnect with one another and forget that there is stimulating dance happening all over the nation. My professional dance career took me from the East Coast, to the West Coast, and in between, where I encountered a spectrum of incredible dance. Here are 5 American choreographers making artistic waves across the US.

At only 24, Emery LeCrone already has several major choreographic commissions. She grew up taking dance with her two older sisters and joined North Carolina Dance Theater after graduating from North Carolina School of the Arts in 2005. NCDT exposed Emery to the dynamic work of William Forsythe, Alonzo King, and Dwight Rhoden, which would eventually influence her own choreography.

For Emery, choreographing is “an ever-evolving process.” She attributes her movement vocabulary to her classical roots, improvisation, and contemporary notions, incorporating “lots of spirals and interesting use of space”. Every ballet has its own process, affected by a number of variables such as music or allotted time.

What’s on the horizon for Emery? In 2012, Emery joins Andrea Miller and Shen Wei, as fellows for the New York City Center’s inaugural choreographic residency. City Center gives each talent 200 hours of free rehearsal space and the chance to show work in the 2012 Fall for Dance Festival. She will also continue to serve as the resident choreographer for NYC based New Chamber Ballet and Columbia Ballet Collaborative. In March, Colorado Ballet premieres her new ballet Archetypes.

Divergence, created for the Oregon Ballet Theater, premiered on April 22, 2010

After performing in NYC, Penelope Freeh moved to Minneapolis in 1994 to join the James Sewell Ballet. She had a gut feeling she would connect with James’s work, but had no idea Minneapolis would become ‘home’ and lead her to a new passion … creating movement.

Her first choreographic opportunity came in 1999. A friend was presenting work in the Minnesota Fringe Festival and had extra time on her program; she offered the space to Penelope. Despite no prior choreographic experience or inclination, Penelope accepted. “It was such a no brainer … to say ‘no’ would have been stupid.” The moment was a revelation. “I [felt] like I unlocked some big life secret … It was really exciting!”

She describes her movement as “theatrical and poetic,” yet “athletic”. With no set choreographic process, Penelope strives to let movement evolve organically, avoiding the “predictable” and allowing it to “unlock and open”.

Already, 2012 looks to be a big year. In January, she’ll present two pieces at Minneapolis’s Red Eye Theater and a piece commissioned for the St. Paul Conservatory of the Performing Arts. Next fall, she’ll collaborate with a local composer and NYC choreographer Patrick Corbin for a production at the Southern Theater. Additionally, Penelope will choreograph Wonderful Town for the Skylark Opera.

With each ballet, Penelope finds new depth. “I could [choreograph] for the rest of my life and it would make me really happy”, she says. 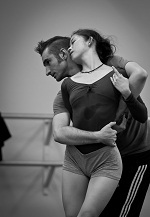 The transition from dancer to choreographer wasn’t difficult for Brian Enos. After performing with the Houston Ballet and Hubbard Street Dance Chicago, he was ready for the next phase in his life. “I’ve never been the kind of person who has to be onstage … I enjoy working in the studio”,  he explains.

Brian discovered a knack for choreographing while attending the Houston Ballet Academy. The academy’s summer intensive gave him a chance to create and exposed his raw talent to artistic director Ben Stevenson. Impressed by what he saw, Ben asked Brian to choreograph on the professional company – at the time, Brian was only 18 and still a student in the academy.

It’s impossible for Brian to describe his work and process in a few select words. “I haven’t thought of my pieces as a body of work [because] each is so individual”. He says the music and his dancers inform his choreography. “Usually, I spend the first [rehearsal] playing around with material, getting to know the dancers … to see how they work and move”.

His next project takes him South, to work with the Nashville Ballet. Now that he is no longer performing, Brian looks forward to exploring choreographic opportunities and further developing his artistic voice.

As a child, Catherine Cabeen made dances in her backyard, but her true choreographic voice emerged while she was performing in NYC with the Bill T. Jones/Arnie Zane Dance Company. Along with several other BTJ/AZ dancers, she showed work at small festivals, allowing choreography to be an outlet for emotions she could not express openly as a dancer.

Catherine describes her style as “aggressive, classically informed and therefore iconoclastic …” She likes dance to inhibit space and assimilates the sensation of choreographing or dancing as “trying to feel the wind in my hair …” Her work is a collaboration with not only her dancers, but with “interdisciplinary artists” as well.

Currently, CCC’s roster has six diverse dancers. In 2013, CCC will premiere a “large-scale work” in Seattle. Simultaneously, Catherine will create a new repertory show to be performed locally and nationally.

San Francisco choreographer Amy Siewert has been creating dances since high school. “I made my first piece when I was 16 [as part of Cincinnati’s School of Creative and Performing Arts curriculum]… it’s something I grew up doing,” she explains.

From Ohio, Amy ventured west to dance with the Sacramento Ballet and San Francisco’s Smuin Ballet. She received her first big commission in 1999 for the Carolina Ballet. From there, her choreographic resume developed in conjunction with her performing career.

Amy credits her classical upbringing for the backbone of her movement and harbors no intentions to ever detach herself from it. “I am fascinated with classical technique … I like to take [the basics] and split them open … I follow the physics [of movement], the way ballet follows physics, but try to use it in a way traditional ballet doesn’t.”

Now, Amy is the resident choreographer for Smuin Ballet and has several exciting premieres to look forward to. This spring, she’ll choreograph for the Colorado Ballet. She’ll also create a collaborative work for BalletMet, featuring software artist Frieder Weiss. Her busy spring concludes with a premiere on Oakland Ballet. Amy also choreographs on her own contemporary ballet troupe Imagery.

Requiem, premiered on the Smuin Ballet in May 2011 at the Yerba Buena Center for the Arts in San Francisco – the ballet was created in memory of the late Michael Smuin
Dancers Featured: Travis Walker, Susan Roemer, Erin Yarbrough-Stewart, and Jonathan Powell