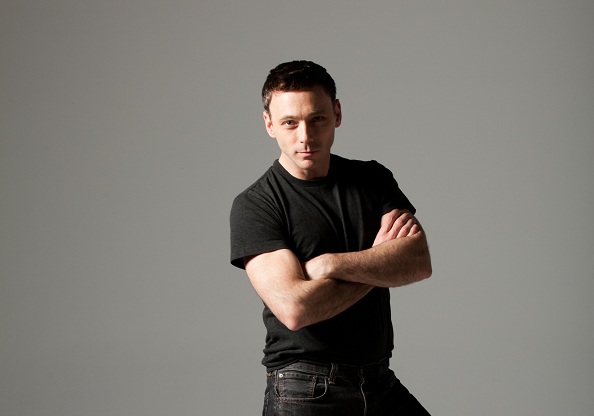 “A fusion of many styles,” is how New York City choreographer Larry Keigwin describes his young, vibrant company Keigwin + Company. Originally from New York, Keigwin first became involved with dance by “fake tapping” his way through a fifth grade musical. Now,  he is a hot ticket choreographer, with big aspirations for his troupe of dancers, and gaining artistic recognition both nationally and internationally.

At the beginning of Keigwin’s artistic journey, dance sort of ‘happened’ to him rather than it being a clear-cut decision to pursue the profession. Often cast as a dancer in high school musicals, he discovered he possessed a natural affinity towards movement and began training seriously at age 16. Upon graduating from high school, Keigwin attended Hofstra University, where he received a BA in dance.

From there, he ventured into a career as a New York City freelance dancer, performing with companies and choreographers such as Doug Varone, the Metropolitan Opera, Doug Elkins, John Jasperse, Mark Dendy Dance Theater, and an off Broadway show titled The Wild Party. He served as Associate Artistic Director for Mark Dendy Dance Theater, and says his time there exposed him to commercial dance. 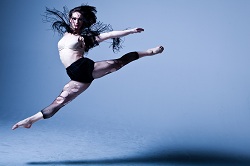 Originally, Keigwin did not intend to start his own dance company. In 2001, after a diverse performing career, he began showing his own work and produced his first full evening of repertoire in 2003. But, the process was simply about creating a show; one successful show led to the next, then to another, and so on. Even now, with a consistent ensemble of dancers, Keigwin says, “it [still] feels like a series of shows.”

So, what inspires Keigwin’s choreography? “Life!” he states. Yet, since no two dances are alike, Keigwin acknowledges that his sources of inspiration come from a range of ideas. “Anything from architecture, music, to pop culture, to an observation . . . human nature, the environment, the animal kingdom,” he adds.

Typically, he starts with music, Keigwin’s “catalyst” for inspiration, but he is known to change the music as the work evolves. Sometimes, he’ll begin the choreographic process with his dancers improvising and an idea will “pop out.” But, ultimately, “dance comes first.”

The dancers are an integral part of the Keigwin’s choreography and company. After all, it is Keigwin PLUS Company. He considers the group to be a collaborative effort. The dancers contribute both artistically and administratively – a true sign of each artist’s commitment and belief in Keigwin’s work.

Currently, the roster of dancers numbers 12. Because of the intimate nature of the company and work, Keigwin prefers to really know a dancer. Most of the dancers worked with him in a class or commission setting prior to joining the company.  However, of the 12 artists, one dancer did receive a position with the company by attending an audition and another dancer came on a recommendation. 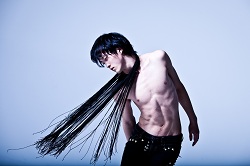 Regardless of how a dancer comes to work with Keigwin + Company, the choreographer holds them all to the same high standard. Dance critic Deborah Jowitt acknowledges Keigwin’s ability to assemble a group of artists and wrote in a review, “One of Keigwin’s greatest gifts is for revealing the individuality of his champion dancers. He lets you see them, he allows you to love them.” Keigwin adds to this, “I look for someone who has a specialness about them . . . [someone] that I sense is unique.” In addition to that ‘special something,’ Keigwin also looks for dancers with technical ability, intelligence, quickness, creativity, and who are unabashed with it comes to performing.

While he hopes to build the company’s New York performance season, for now, the troupe tends to perform more on the road. They have done an extensive amount of national touring, particularly to universities, and have made repeat trips to Santa Barbara, CA. Upcoming travels include Upstate New York, Tulsa, Minneapolis, and the Kennedy Center in Washington DC. Keigwin will also set a new piece in New Zealand.

The company is making a name for itself in the New York dance community, but Keigwin’s ambitions for himself and his dancers span so much more than simply gaining acclaim among peers. In the next several years, he aims to expand the company into a full time gig for 12 dancers and 2 apprentices.  He wants to take these dancers all over the world, increasing Keigwin + Company’s international presence. Additionally, he plans to continue to create new work on his own company, other ballet and contemporary companies, and Broadway.

The future is looking bright for the artists of Keigwin + Company. With a strong, clear vision and the tools to achieve these goals, Keigwin has the potential to exceed his own dreams. The company has already been included in the talented groups of artists to participate in the Guggenhiem’s Works & Process series, which featured the world premiere of Balloon Dance. Other past venues include Jacob’s Pillow, a residency at Martha’s Vineyard, and Central Park’s SummerStage series. In January 2012, Keigwin + Company will participate in the Focus Dance Festival at Manhattan’s Joyce Theater.