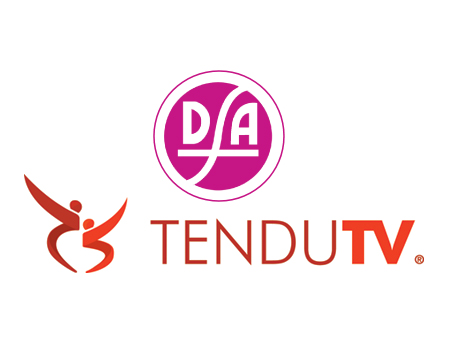 In our digital world how can dance stay relevant and expand its audience? Luckily, there are dance innovators in New York City, who are doing more than breaking choreographic barriers in the dance studio. These individuals are technology-savvy and possess a knowledge and appreciation of dance. Combining technology and dance performance, TenduTV and Dance Films Association (DFA) are collaborating to bring more awareness to the New York City dance scene.

The two organizations have announced plans to create three high-definition, three-dimensional feature dance films; with a goal to make these films available all over the world for both public and in home viewing. Additionally, they will launch a new collaborative project titled NYC Dance Export. Backed financially by the Rockefeller Foundation’s Cultural Innovation Fund, the initiative will highlight selected New York City dance companies as they undertake the process of producing a dance film.

TenduTV is an online network dedicated to providing digital dance-centric content to people all over the world. The company has been working with Dance Films Association “slowly and steadily since TenduTV was created,” explains Founder and General Manager Marc Kirschner. After a 3D collaboration with the New York City Downtown performance troupe 3-Legged Dog (3LD), Kirschner wanted to expand on this experimentation of performance and technology. Because TenduTV is a for profit organization, Kirschner needed to seek out a nonprofit partner to help spearhead his idea. He approached Dance Films Association, an easy choice for him due to the history between the two organizations. European dance companies are already tapping into advanced media and incorporating it into their work, but this type of dance/technological undertaking has yet to exist anywhere in America.

Based on a similar advocacy for dance and digital media, Susan Braun founded Dance Films Association in 1959. She brought together some of dance’s biggest contributors to form the first Board of Directors, including Jose Limon, Ted Shawn, and Alicia Markova. Today, DFA Executive Director Christy Park carries on Braun’s mission through the preservation of dance films and creation of new, innovative content by collaborating with some of dance’s finest artists and companies on both a national and international level. Park believes the partnership with TenduTV has enormous potential. She deems it, “a catalyst for future innovation and preservation of dance on camera.”

Both Park and Kirschner are particularly excited to present the beauty of dance in 3D. “Dance in 3D if it’s done right is gorgeous, it’s an organic fit,” said Kirschner. However, shooting dance in this format presents many challenges. Elements such as fast movement, stage lighting, set design, and raked stages can be problematic for filming in 3D. Kirschner also pointed out that the standard film frame rate of 24 frames per second is too slow to capture dance adequately. They hope to shoot at a much faster rate, in the range of 48 to 72 frames per second.

In terms of an overall distribution plan, DFA and TenduTV intend to follow a ‘Hollywood model’, broadcasting the films in theaters, on television, in festivals, and, eventually, making them available in both 3D and 2D on Bluray, DVD, and digital download. They are in conversation with potential partners in all of these ventures.

Each of the two organizations plays a distinct role in the projects. While Dance Films Association supervises and guides companies through the process of creating and producing the films, TenduTV chooses the company or artist to highlight and distributes the final product. Everything will be easily accessible through popular media distributors, such as iTunes. The media can be found by a search for TenduTV in the iTunes store.

With a constant shortage of finances and resources, TenduTV and Dance Films Association demonstrate how much stronger the arts can be when united. International organizations are taking note of this concept and transitioning into similar alliances. Kirschner thinks it’s an essential move in order for American dance “to survive and thrive in this new paradigm.”

The organizations already have an outline of the first production in mind. If the proper funding can come together in the near future, then filming will begin at the end of November. Additionally, funding efforts are already underway to nationalize and expand the programs. “This is not just about great New York City dance companies. There are great companies throughout the country. We want to make sure American dance can be competitive throughout [an international] marketplace,” expressed Kirschner.

The response from the local dance community is optimistic. Dancers, directors, choreographers, and companies will keep a hopeful eye on the partnership, tracking its evolution and reception. This could be a huge leap into a new direction for the dance profession.