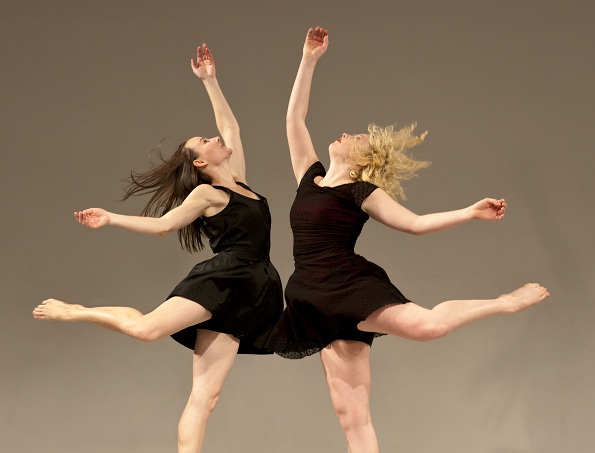 In its fifth year, the Dance Gallery Festival has presented the works of seasoned choreographers such as Patrick Corbin, Camille A. Brown, and Pascal Rekoert, in addition to having a Texas contingent as well. Presented by the choreographic sister team of Astrid and Mojca von Ussar, the festival aims to address the scarcity of affordable venues available for presentation of modern dance and showcase the work of emerging and established choreographers from around the United States.

Taking place at the Ailey Citigroup Theater, the final night of the festival included works from eleven choreographers, who came together to create an authentic smorgasbord of works. Festivals such as Dance Gallery happen frequently in NYC, especially during the fall season, and it is always a pleasant to experience such a collage of viewpoints and artistic voices in a single program. It would be near impossible for me to reflect on each piece with the detail it deserves, so I will focus on three stand out works from the evening. 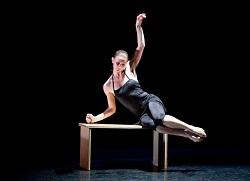 After a slightly distracting smoke machine filled the stage with a pseudo-fog, Spencer Gavin Hering’s 4Ward & 4Gotten showcased a quartet of fearless, virtuosic movers. The ambiguously clichéd title and fake smoke effect can be easily forgiven, in this case, because of Hering’s sophisticated and highly developed movement vocabulary. The port de bras moved with effortless grace while sturdy legs twisted, extended and turned to full potential. His bold use of dynamic fluidity and constant juxtaposition of body parts make his work consistently exciting.

Set to music by Wendy Sutter, the movement and music took turns overpowering each other. In a piece that allowed the physical qualities of the movement speak for itself,  the music sometimes overshadowed the idiosyncratic flicks of the wrist or subtle head ticks that were so wonderfully executed by each performer. Conversely, the movement was so rich and kinetic, that the music, at times, did not live up to this constant motion. This undying movement paired with a distinct classicism (turned out legs, striking releves, high extensions) drew connections to the work of Jiri Kylian or William Forsythe, where the lower body serves as this virtuosic playground for the upper body to float on top of. Hering stretched the limits of all of his dancers, with standout performances from Lindsey McGill and Andrea Dawn. Most of all, the work gave me a sense of Hering’s creative process and his singular aesthetic—a hard feat to accomplish in a piece that was less than ten minutes in length.

After a short intermission came Roundabout, an ensemble piece by Andy Noble and Dionne Sparkman Noble of NobleMotion Dance. I was especially taken by this piece because of the choreographic effort that was immediately evident. Witnessing the work, I could not help but think about how their creative process was conducted. Did they set the movement on the dancers? Were the dancers allowed some creative liberty? Was that step first a mistake? How long did it take them to get it to this level of performance? I had an enjoyable time exploring these questions as the piece unfolded. Nobles’ work had so many intricacies and illusions that were very pleasing to watch, that I could not help but muse over how it all came together.

The ensemble partnered well together. Lifts ascended with ease, transitions were smooth and not overwrought, and there was a joyous lift supporting every movement. Soaring through the air, both assisted and not, the dancers created a space that extended beyond the confines of the stage. At the same time, as one structure was created in this mass of moving bodies, it was destroyed just as quickly, producing a constant cycling and recycling effect. A wonderfully expansive and intelligently constructed piece, it was certainly one of the most impressive of the program.

The final work of the night came from Sarah Stanley and her company, Sarah Stanley Dance. Set to a version of Philip Glass’ ‘Metamorphosis Four’, the piece, titled Inscriptions, capped off the evening on a calm and cool note. The program had no specific music credits, a very disappointing oversight, but the familiar languid quality of Glass’ work echoed as great as ever in the Citigroup Theater. The dancers responded in a flurry of windswept movement that nicely mimicked the gentle swells of the music. I was pleasantly surprised at numerous points throughout the piece, thinking the dancers were going to overshoot a distinct cue in the music, and startled to find that they were keeping up with the score in unexpected ways.  I welcomed this with the gentle bouncing motif, or a small gesture that hit just the right note—literally and figuratively. Light as air, a breath of fresh air, brisk as the night air—yes, it covered all of those bases.