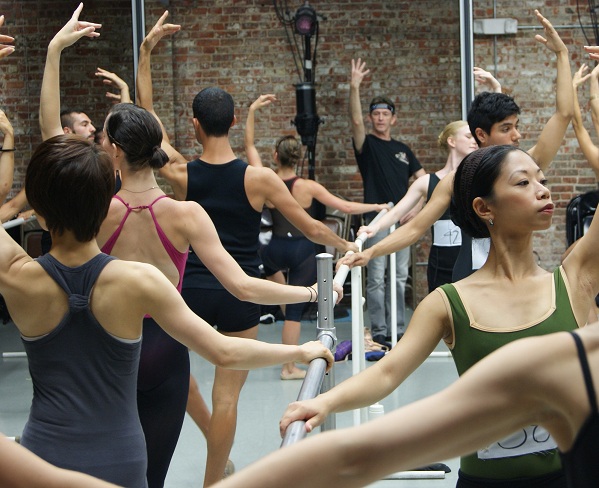 Peridance Contemporary Dance Company, formerly known as the Peridance Ensemble, was established in 1984 by Peridance Capezio Center’s Founder and Artistic Director Igal Perry. After hibernating for the last five years while the center transitioned into its current state-of-the-art new space, the company is stepping back onto the stage this year with new repertory and artistic collaborations.

Dance Informa was there to watch the auditions on July 31st as 75 eager artists danced up a storm for a chance to join the new company. In total eight dancers were hired, some from the open audition and some from private auditions.

The not-for-profit repertory company is housed within Peridance Capezio Center in New York and is a resident company at the center’s in-house Salvatore Capezio Theater. As part of its quest for originality and unique identity, the company seeks out choreographic and compositional collaboration. Over the years, company repertory came to include original work by world-renowned choreographers such as Ohad Naharin, John Butler, Danny Ezralow, and Benjamin Harkarvy, in addition to the work created by Artistic Director Igal Perry. The company has presented many works with original compositions by young composers including John Mackey, Quentine Chappetta, and Avner Dorman.  Mr. Dorman’s collaborations with Mr. Perry and his company have since been presented by companies in the USA, Israel, and Italy. 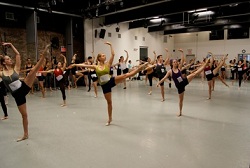 Dancers auditioning for the company

The identity of Peridance Contemporary Dance Company is shaped by original choreography, versatile dancers of diverse backgrounds, classical and contemporary accompaniment, and collaborations with live musicians. Artistic Director Igal Perry has structured the Company to experiment with new forms of classical expression while continuing to uphold the fundamental building blocks of dance.

During the 2011-12 season, the Company will be presenting contemporary ballet and modern work created by a diverse group of choreographers. Igal Perry has been commissioned to create the ballet El Amor Brujo with the company and the Post Classical Ensemble Orchestra in Washington DC, for a special evening of Stravinsky/De Falla, to be premiered at the Gonda Theater in DC on December 3rd and 4th. The company will also have a season in the early spring at the Salvatore Capezio Theater at Peridance. This season will present Igal’s work and a newly commissioned work by New York based choreographer Sidra Bell.

We look forward to seeing the new face of this company evolve.