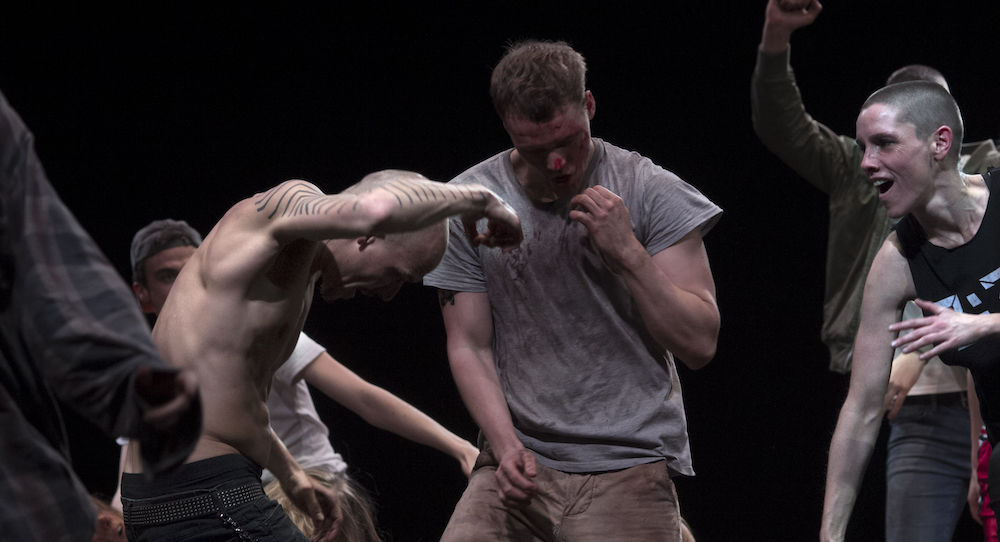 Van Cleef & Arpels has maintained close ties with the world of dance since the 1920s. These bonds were strengthened in the 1950s, when Claude Arpels met choreographer George Balanchine. Their shared passion for precious stones led to an artistic collaboration that gave birth to Balanchine’s ballet Jewels, performed for the first time in New York in April 1967.

Echoing this collaboration, a new partnership was established in 2012, with Benjamin Millepied, former principal dancer of the New York City Ballet and founder of the L.A. Dance Project company. In 2020, this dialogue between the Maison and the choreographic arts continues with the creation of Dance Reflections by Van Cleef & Arpels, an initiative that aims to support dance companies and institutions across the globe. The program reflects the Maison’s desire to encourage the broadening of the existing choreographic repertoire and to bring contemporary works to as many people as possible.

In addition to the partnership launched in June 2022, with the Lower Manhattan Cultural Council, Dance Reflections by Van Cleef & Arpels is increasing its support for the presentation of choreographic works in America by making this fall a commitment to the Brooklyn Academy of Music (BAM). This multidisciplinary arts center has been showcasing pieces by internationally renowned artists and representatives of the emerging scene for over 150 years.

As part of BAM’s Next Wave 2022, Dance Reflections by Van Cleef & Arpels is supporting the artist Gisèle Vienne with the production of Crowd from October 13-15. The choreographer proposes a hypnotic performance evoking the collective and creative euphoria of a night spent getting lost in the crowd.

This month, Dance Reflections by Van Cleef & Arpels will also be active in Los Angeles, where it is partnering with L.A. Dance Project and The Museum of Contemporary Art (MOCA) to bring together three internationally renowned choreographers: Dimitri Chamblas, Benjamin Millepied and Gisèle Vienne.

Slow Show, created by Dimitri Chamblas, features amateur dancers. Each unique performance is based on the principles of trance, exaltation, telepathy and unconscious memories. The strength and vivacity of this piece is revealed through movements slowed down to the extreme, almost imperceptible, invisible.

Inspired by composer Andy Akiho’s recently released Seven Pillars, and performed in a set design by visual artist Barbara Kruger, Benjamin Millepied’s abstract piece showcases the company’s excellent artists in a display of dancing that is both intimate and virtuosic.

For this event, Gisèle Vienne has developed a new version of Crowd, adapted to the outdoor spaces of the L.A. Dance Project studios. Borrowing as much from urban dance as from the state of trance, this work, initially intended for the stage, fits in flawlessly with the metropolitan atmosphere of Los Angeles.