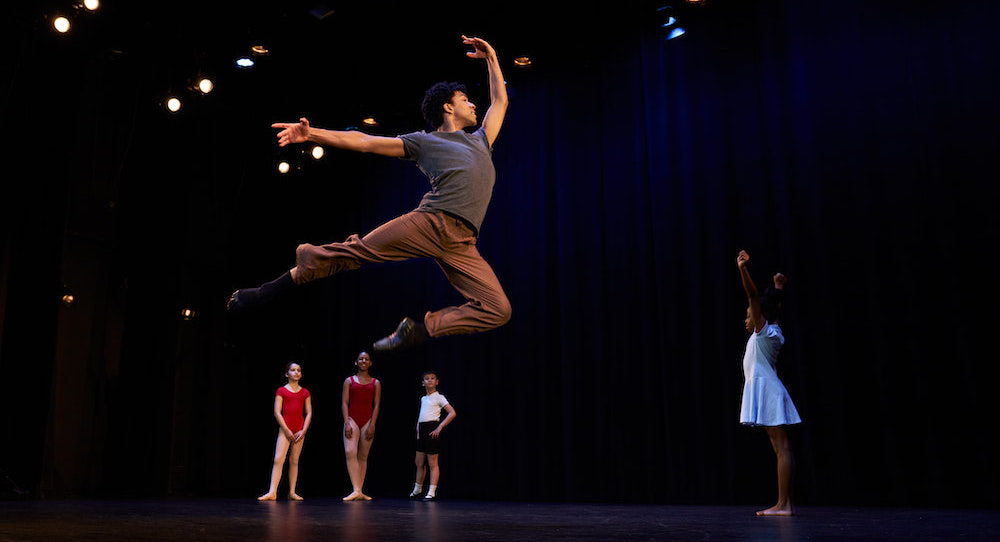 Vulcan Productions and Beaufort 9 Films, in association with JustFilms | Ford Foundation and Catapult Film Fund, are pleased to present the World Premiere of LIFT at the 2022 Tribeca Festival, running June 8-19. Directed by Oscar®-nominated filmmaker David Petersen and counting Sam Pollard as one of its executive producers and Misty Copeland as its principal advisor, LIFT shines a spotlight on the invisible story of homelessness in America through the eyes of a group of young home-insecure ballet dancers in New York City, and the mentor who inspires them. The film will be featured in the festival’s Viewpoints section.

After performing all over the world, ballet dancer Steven Melendez returns to the homeless shelter where he grew up to give back to his community, offering a ballet workshop to children through New York Theatre Ballet’s LIFT program. His traumatic reaction to the shelter from his childhood sends him on an unexpected journey with three kids to reckon with a past he had escaped from through ballet. As young dance students, Victor, Yolanssie and Sharia face the same chasm of home insecurity that long separated Steven from his audience and makes the arts inaccessible to so many children who share his background. The children he mentors offer him insight into turning a hidden trauma into dance, and together they make an aristocratic art form into an expression all their own.

David Petersen is an Academy Award®-nominated filmmaker with films in the permanent collections of several museums including MoMA. His films include Fine Food, Fine Pastries; Open 6 to 9; If You Lived Here You Would Be Home Now; Let the Church Say Amen; Journey of the Bonesetter’s Daughter: and The Witmans.