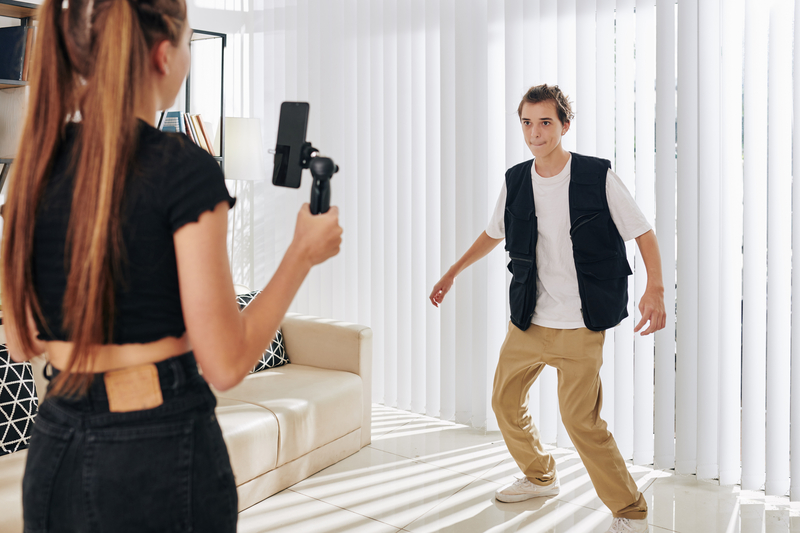 Next up in our series, Casting in the age of the cloud, is about the ballad of the overkill and not submitting more than what is asked for.

By now, I hope we all have understood that, with respect to casting in the age of the cloud, video is king. Nothing will ever replace a live audition, but even live auditions today will often be immortalized in video. Video has become an essential tool in the performing arts world, and it is here to stay in one form or another.

With a dance community that, after a world shutdown of the performing arts industry due to the COVID-19 pandemic, has finally began to embrace cloud technology, I think it is safe to say that the use of this technology is here to stay as well. And although some of us have been casting shows using internet technology for many years, others are only starting. The dance industry seems destined to capture more and more of our craft on video, and auditions are gravitating more and more toward using that video to make hiring decisions.

So when you submit an audition video, you’ll want to showcase as much of yourself as possible, right? If they watch enough of you, perhaps you’ll grow on them and they’ll keep your submission to the next round, and maybe you’ll even get the job. So, although they’ve asked for one video of a specified length, I should be generous and deliver more than what has been requested. If one video is good, then 23 is better.

Except that it’s not. And although the example I just made of a 23-video submission may seem like an exaggeration, it is actually taken from true life experience, and it happens often enough for the phenomenon to be a bit worrisome. Extreme as this particular example is, when one video is specifically asked for, in most cases submitting even two is too much. A dab of perfume is perfect, but pouring the bottle on your head tends to make people not want to be near you. Too many videos. Too much footage. Footage that does not help casting directors make that preliminary decision.

The fact that a candidate knows how to make a video does not mean that they understand what it is a casting director needs to see for any given project. Or how much of it. I have said in the past, and it still may be a surprise to some, but first wave decisions are very often made within the first 30 seconds of seeing a candidate dance. To hear this in this way may sound harsh and unfair, but in truth it is not. There are many things that can be seen in 30 seconds that are already deal breakers at the outset. Among them:

#1. Body Type. It is a fact that certain roles require specific body types, as do certain dance companies.

#2. General Look. In many cases it is more important to a production that a candidate have a certain specific look than it is for the candidate to be a great dancer. This is often true in the film/video/TV industry, where weaknesses in dancing ability can be hidden through creative editing.

#3. Technique. If you have participated in a lot of auditions, then most likely you have been also cut from most of them. So you may have heard the old adage, “Thank you, but you’re not what we’re looking for.” This is a standard polite cutting sentence that I have heard so many use in the casting industry. You may have also heard, “If you are not asked to stay for the rest of the audition, it doesn’t necessarily mean that you are not a good dancer.” And this is in fact true. Knowing this, however, does not take away the fact that many dancers are cut because their technique or artistic performance was simply not strong enough. I think it important to say this: latching too strongly onto the “you’re not what we’re looking for” phrase, although reassuring, also comes with the potential danger of ignoring that your technique may in fact need improvement.

#4. Lack of artistic investment. Yes, your video performance might have been bland. Or at least, within the first 30 seconds to a minute, after which the casting director has stopped the video and moved on to the next candidate. If you are an exciting dancer, then it is important to show this right off the bat. The general rule of thumb to follow is pretty simple: use excerpts you want people to see. Don’t use excerpts that you don’t want people to see.

The takeaway is to not second-guess what is required to fill a role or a position in a dance company that you are applying for. Let them tell you what they need to see and how much of it they need to see. If they want to see more, then trust me, they will let you know.

And, as I mentioned in Episode 5 of this article series, make sure that you cut to the chase. Give them what they need to see in order to make the fast decision to keep or cut you, based on their needs.

Yes, their needs, not yours. After all, they are the ones with a project to cast, and you are the one asking to join their family – not the other way around.