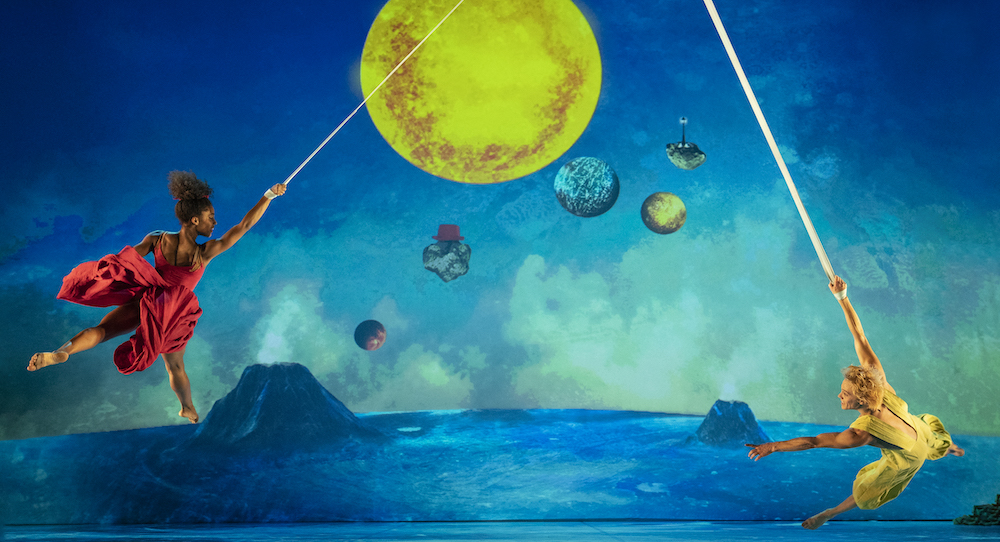 Theater whisks us away into another world. In The Little Prince on Broadway, the audience is whisked away into six other worlds, each as fanciful as the last. Based on the 1942 children’s book by Antoine de Saint-Exupéry, but hardly just for children, this show certainly courts an adult audience. What is a simple adventure through a child’s eye is a complex commentary on society for adults, and the production weaves such storytelling richly, oddly and riddled with nuance.

The show itself is neither play, nor musical, nor traditional dance performance but an amalgamation of circus, literature, movement and spectacle. Expect illustrations come to life and dreams to take real form in both sweet and nightmarish expressions.

One must suspend a lot in order to be swept away, however, as there are some distractions. There are subtitles on screens on each side of the stage – an odd choice, given the show is entirely in English. There are also no children in the show at all, which is tough to execute successfully in a story with a child as the main character. The actor playing The Little Prince very much has the physique of a grown man, and the visual dichotomy felt jarring. The pace is uneven at times.

For those who can buy into the artistic vision and may vaguely remember the book from childhood, the show is a curious adaptation of adult themes delivered in dance, circus and aerial forms – bridging those childhood memories with the darker interpretations of the story. Allowing oneself to believe in the magic makes the weak spots in the show fade away, and this audience member felt delighted by the visual poetry.