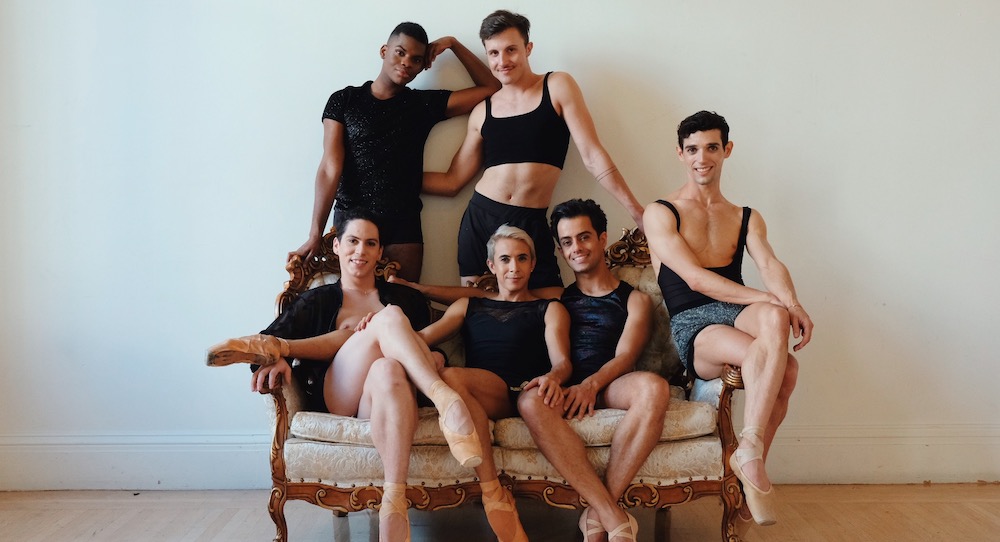 Ballet22, a groundbreaking dance company presenting works that break gender normative traditions in the classical repertoire, has announced its summer 2021 season of digital and live performances, August 27-September 5. With a clear mission to create equal representation in the professional ballet field for men, mxn, transgender, and non-binary artists to perform professionally and “en pointe,” the season will recreate classical ballet repertoire works like Le Corsaire, Giselle, Carmen and Paquita in the historically accurate choreography to showcase the masterful technique of the artists while challenging heteronormative roles and costuming.

Empowering both LGBTQ+ artists and audiences to feel seen and represented, Ballet22’s season celebrates strength, vulnerability and authenticity with both classical and contemporary works that deconstruct tradition and redefine what it is to be a ballet dancer en pointe through a new and progressive lens. On August 27, the company will present The Best of Ballet22 at Center Stage Theater in Santa Barbara. A mixed bill of classical excerpts from Giselle, Le Corsaire and Carmen, the program will also include the joyous and celebratory Juntos by Joshua Stayton; a technical and poignant solo, I Will Follow You Too, by Jehbreal Jackson; and a reprise of Heartbeats. A powerful example of versatility, moving seamlessly between the classical and contemporary vocabulary, the program serves as a wonderful introduction to the power, magic and meaning of ballet for a new generation.

The summer season will close with a live double bill performance from September 3-5, at the Great Star Theater in San Francisco, where the company made its official stage debut last month. Presenting a new take on Ramón Oller’s critically acclaimed Carmen, the work is reimagined for a cast of all mxn artists, challenging stereotypes of this Spanish-influenced ballet. Oller will also present The Dream of Fish, a world premiere commission that will feature mxn en pointe and live music by acclaimed Spanish singer Marina Rossell in a bill that merges classical storybook repertory with contemporary and groundbreaking motifs.

“The dance world is far behind in making representation and diversity a priority,” explains Roberto Vega Oritz, artistic director and co-founder of Ballet22. “We knew we were doing something important when a mother and her son joined us for a performance and left feeling like he finally found a community to support his own dreams of dancing en pointe and exploring ballet through his own narrative.”

“We will continue to push boundaries and give voices on stage and off to those who have been excluded from the conversation,” explains Ballet22 Executive Director Theresa Knudson. “It’s time, and we are doing our part to empower global artists and audiences to live authentically and be seen.”

For more information on Ballet22 and its summer season details, visit www.ballet22.com.