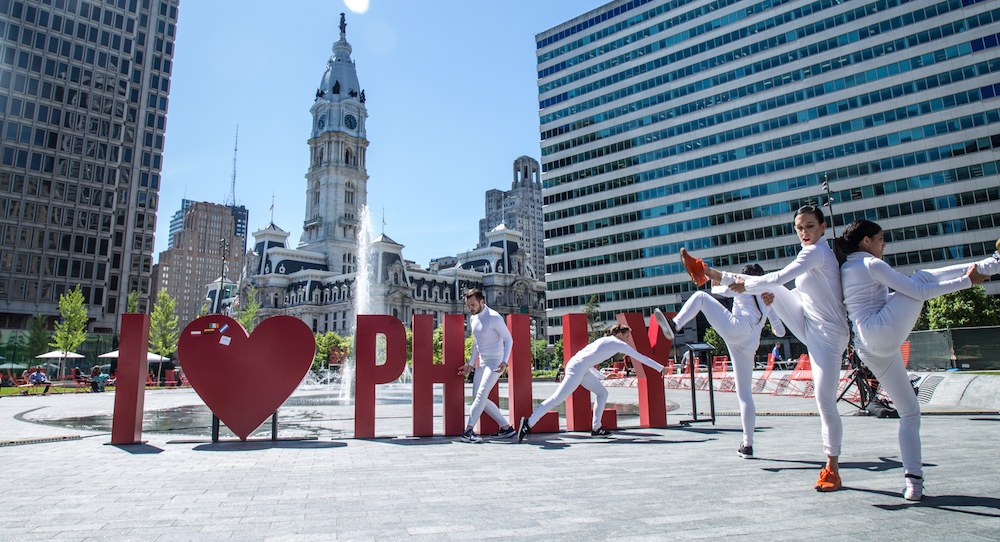 After a year-and-a-half like no other, Kun-Yang Lin/Dancers (KYL/D) kicks off its 2021-2022 season with a free, public performance in Center City, Philadelphia, on August 11, at 6pm. The event will feature premiere performances from the company’s new dance artists.

The outdoor event will highlight the company’s signature repertoire, such as Santuario, which features Vivaldi’s music to evoke the joy of new beginnings.

Through the company’s cultural program, the night will also include traditional Chinese dance performance. An organization dedicated to celebrating the ability of dance to incorporate body, spirit and mind, audiences will also have an opportunity to engage with harnessing their chi through guided mindfulness exercises.

This event is presented by the Center City District’s Arts on Center Stage program, which celebrates the arts at Dilworth Park each week this summer. In support of local restaurants, guests are encouraged to dine al fresco with takeout meals from nearby eateries. A special menu will be offered at the Air Grille, and cocktails made with Maker’s Mark Bourbon and Michelob Ultra Organic Seltzer will be available for purchase to guests 21 and older to enjoy within designated areas in the park.

KYL/D’s other upcoming events include the first, live performance version of its presenting series, Inhale since the pandemic began, occurring on August 25, at 7pm, at the company’s dance center, CHI Movement Arts Center. The event will feature solos and duets from a variety of dance artists from Philadelphia and beyond. KYL/D also plans to have additional public performances in the fall.

KYL/D is a professional dance company based in Philadelphia. Hailed for its superbly trained dancers and inventive choreography, KYL/D probes at the limits of national identity. Drawing upon Eastern philosophies while expanding the perimeter of contemporary dance, Executive Artistic Director Kun-Yang Lin’s zen-inspired practice manifests in lush works of poetic sensibility that The New York Times says “create and inhabit worlds of their own.” Lin draws upon multicultural insights from his ongoing research throughout Asia, creating a personal movement language that is suffused with strong spiritual underpinnings.

For more information on KYL/D and its upcoming performances, visit www.kyld.org.