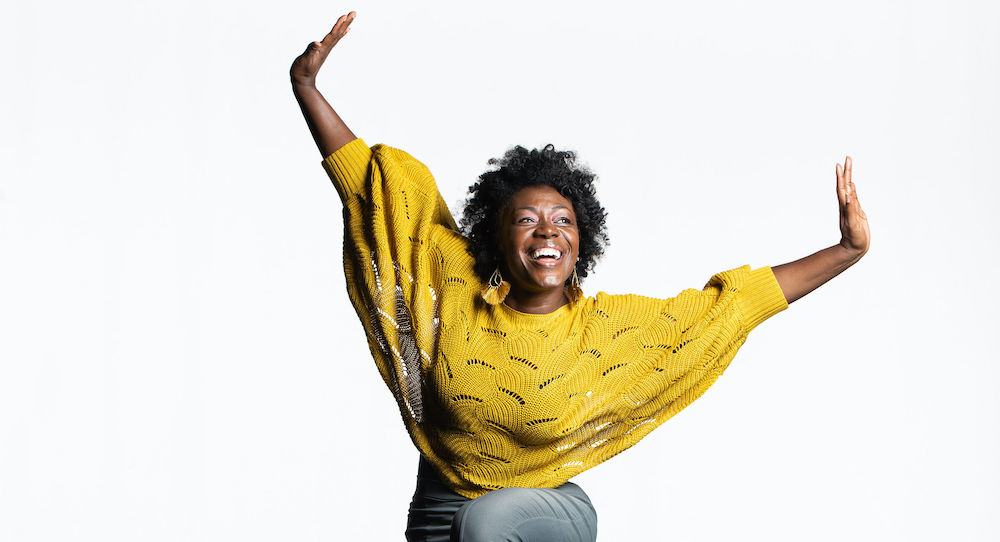 You’ve probably heard it, maybe even said it yourself — “ballet is the foundation of all dance forms.” The world at large is at a place of questioning traditional narratives, perspectives and hierarchies, and the dance world has followed that trend. Some are beginning to ask fundamental questions of the idea that ballet is the basis for the training and performance of all other dance forms.

What exactly do we mean when we say that? Is it historically accurate? Is it aligned with ideas that uphold inequitable, unjust norms within the dance world and world beyond that? Are there ways in which we can refine our language to be more intentional, accurate and nurturing of all within our dance communities? To dive deeper into these meaningful questions, Dance Informa speaks with seven dance artists and leaders versed in a diverse array of dance forms.

“[The statement ‘ballet is the foundation of all dance forms’] always baffles me, because it makes zero historical sense,” says Jillian Petrie, choreographer, student of diverse dance forms and dance scholar. “King Louis XIV wouldn’t have claimed ballet was the foundation of all dance forms because it was new to his time, and he hasn’t even been dead that long.” In contrast, movement has been passed down through the ages — and dance as we know it today is thanks to those who innovated various dance forms long ago, Petrie affirms.

Panayiota Bakis Mohieddin, artistic dance director of Hellenic Arab Folklore Institute and performing artist from the cultures of MENAHT (Middle East, North Africa, Greece, Turkey), notes that in Eastern cultures grandmother and mother figures are revered. As such, she likes to say that traditional/folk dance forms are the grandmother while ballet is the mother — or traditional/folk dance forms are the mother and ballet is the daughter. “Ballet grew from court dances, which grew from traditional dances,” she says. “Ballet came second, yet is important at the same time.”

Shaina Schwartz, Boston-based tap dance artist and artistic director of Touche Taps, notes that ballet is 400 years old, versus the centuries-old traditional/folk dance forms still vibrant today. These dance forms developed “without ballet, so they can survive without [it],” she affirms. Given that, the claim that one would “need” ballet to study and excel in any of these forms — those “indigenuous to any other country” or culture — just doesn’t add up to her.

Christal Brown of Steps and Stages Coaching, former chair of the Middlebury College Dance Department and current director of Middlebury’s Anti-Racist Task Force, sees ballet as a “technology” through which we can use the body for expression. “But there are many such technologies that we can use for that,” she reminds us.

What ballet can and can’t offer

Petrie agrees that when people say something like “ballet is the foundation of all dance forms,” they’re most likely referring to “ballet’s strong training structure,” something that “not every style has built in.” In another way of putting it, Brown notes that ballet offers a regimen of exercises — one that educators and others in leadership positions can use to evaluate progress or lack thereof. “It’s a standardized way of understanding the art [of dance],” she explains.

Ballet never claimed to be the origin of all dance, Petrie also believes, and it can offer “a strong gateway into [dance through] understanding “lines, mechanics and musicality.” Some dancers thrive on its structure, and it can feel stifling to authentic creativity for other dancers. It really depends on their goals and individuality, she says. Schwartz, for one, gained from ballet a sense of structure and repetition of fundamentals and choreography, which she still uses to this day. Yet, she connected to tap, physically and emotionally, in a way that she hadn’t to any other dance form.

Yamini Kalluri, NYC-based dance artist who has trained in Indian classical dance, ballet and modern dance, maintains that ballet offers a way to understand the body in a deeper way — to understand the “how” and “why” beyond the appearance of a particular shape or movement (initiation points and pathways of movement, for example). That sort of more embodied understanding can make dancing any form safer and more sustainable, she believes. For example, ballet taught her how to truly turn out from her hips and keep natural, stable spinal alignment through not jutting out her ribs. She describes how many Indian classical dancers experience arthritis because of not moving from an aligned place.

Interestingly, Kalluri does see many commonalities — in terms of shape in the body — between ballet and Indian classical dance. Brinda Guha, an Indian classical dancer who has studied flamenco and is also based in NYC, specifies some of these shared characteristics as external rotation at the hips (“turnout”) and upright posture. The forms have different value systems, however, she affirms — what we might understand as ways we can evaluate the execution of a certain dance style as well-done or needing more refining and practice. Guha says that in ballet, the value is “line and elongation,” and in Indian classical dance it’s the percussiveness resulting from footwork and the cleanly flexed feet that’s part of that sound-making.

Bakis Mohieddin describes how the value of ballet training is a complex thing to gauge in the traditional/folk dance communities in which she’s engaged (she identifies as a professional Bellydancer as well as a folk/traditional dancer). Some in those communities advocate for not training in ballet, feeling that it can take away from the “earthy”, grounded feeling characteristic of these forms. Speaking to another specific technical tension here, Bakis Mohieddin recalls being critiqued for what ballet dancers would call “spotting” — quickly snapping the head around to an origin facing of a turn, in order to increase stability and build up to more rotations in the turn — because that quick turning around of the head is discouraged in the traditional Greek dance form she’s trained and excels in. Yet, some state companies in the countries where these forms originate require company members to train in ballet, and they bring in renowned ballet masters to teach, because ballet can enhance the technique of the dance form that they perform.

The harm of a narrative

Karisma Jay, former STOMP! cast member and owner/director of AbunDance Academy of the Arts (Brooklyn, NY), was “dancing in my mom’s belly,” she says with a little laugh. She trained in ballet growing up but also learned African Diasporic dance forms. She certainly saw ballet as a technique, and even as a technical foundation, but the Diasporic forms she’s known were more part of who she is, she shares. “As Black and Brown dancers, we’re not called to question,” she says. “There’s a quiet understanding that you don’t do that.”

It wasn’t until Jay reached higher education — NYU for undergraduate and Hunter College for graduate school — that she was encouraged to be more inquisitive and to challenge dominant narratives. Following the Black Lives Matter uprisings of 2020, she began to ask more pointed questions about structures and norms in the dance world that are harmful to young Black and Brown dancers. “Why are we making our young dancers of color wear pink tights that don’t match their skin tone, and why aren’t there more Black and Brown teaching artists?” she asks.

Brown believes that ballet can cause a “bifurcation” between our authentic self and what the expectations of the art form call for. For those who don’t fit into the form’s traditional Westernized ideal, that bifurcation can be significant and harmful to overall well-being. That’s the sort of thing that Schwartz says is “problematic. Period.”

For example, Bakis Mohieddin and Guha describe feeling marginalized from specializing in dance forms outside of the Western culture ideal — in and out of higher education. As a younger dancer, Bakis Mohieddin also felt as if she didn’t fit into the “ballet body” ideal. One might reasonably question the fairness of applying pressure to such a dancer to stick with a form in which they feel like they don’t fit. Guha, for her part, has gotten messages that she wasn’t “enough” as a dance artist because she hasn’t trained extensively in ballet.

She also believes that Western culture-based dance forms are allowed a “multiplicity” that traditional/folk dances aren’t (she’s seen them have to be just one thing) — and that’s unjust and limiting to artists in non-Western dance form spaces. Beyond matters of mental/emotional health and creative freedom, Guha underscores matters of resources, access and power: leadership positions in arts organizations, grant allowances and decision-making power over which artists get visibility. “That’s when it really becomes a social justice issue,” affirms Guha.

How we can do better

Indeed, overarching structures in the dance world — curricula in dance studios and higher education dance departments as key ones — are a good place to start to change harmful narratives. All artists quoted here, through their own unique lenses, agree that exposure to more dance forms could offer the education and embodied understanding that could break down inaccurate beliefs about hierarchies in dance. There could then be a deeper understanding of different value systems in dance — and that each codified dance form does have its own value system, as Guha describes it.

As a model of diversifying dance curricula, Jay commends Maura Donohue’s work in Hunter College’s Dance Department. Donohue advocated for and ultimately put in place several more levels and available class blocks of hip hop and African dance. Jay also walks the walk when it comes to making young dancers of color feel welcome and seen — and so that they can see people who look like them to look up to. She’s recently launched a dancewear line featuring gear that can match the skintones of dancers of all different shades. She also prioritizes having a diverse, broadly representative teaching faculty.

Brown also believes in building dancers who are self-empowered and have deep self-awareness — because that’s a foundation from which dancers can decide what and where they want to invest themselves creatively. Faculty cultures of showing up as one’s “full self” are an essential part of building such dancers, she attests.

In building ourselves up as artists and as people, how can we refine our language to be more accurate and culturally aware? All that’s been discussed here considered, we can instead refer to specific technical aspects that ballet can offer when that’s what we really mean — musicality, kinesthetic awareness, coordination, for example. We can investigate our own deep-seated views of different dance forms, and how they might be in certain hierarchies for us (consciously or in a deeper ingrained sense). If we have the resources for it, dance history — in the 21st and 20th centuries and far beyond — offers a never-ending well of exciting things to learn. We can always be more informed and aware.

How can we react in more constructive ways when we hear things like “ballet is the foundation of all dance forms”? When that happens in her rehearsal room or classroom, Petrie sees it as an opportunity “to educate and to start a discussion.” Without condemning any feelings of anger that anyone might feel in these cases, Guha recounts feeling angry when she felt marginalized because she specializes in non-Western dance forms — but, with time and experience, that anger doesn’t come up for her as much.

Like Petrie, Guha is now more so just prompted to correct inaccuracies and educate on why a certain view might be problematic. Kalluri encourages coming from a place of openness, listening and humility. All of that can set an atmosphere in which learning and dialogue can flourish. From there, our heart and mind can open to new perspectives and beliefs. We can embrace the fact that multiple ways of creating expression through the body can have equal value. “Art is subjective — and the more we embrace that as an industry, the more we will invite individuals to explore and push it forward,” affirms Petrie.