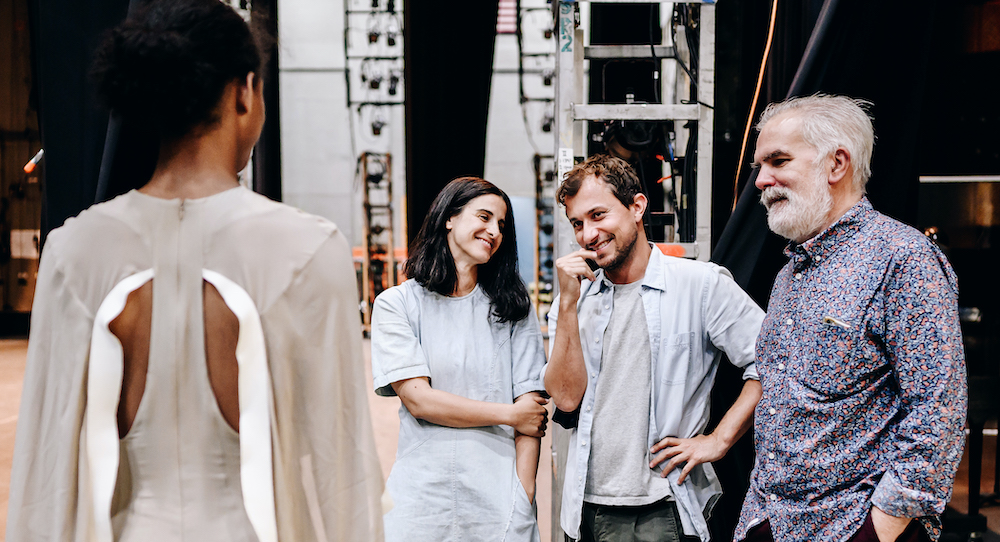 On September 30, New York City Ballet (NYCB) will present its annual Fall Fashion Gala, celebrating choreography and costume design with two world premiere works showcasing some of today’s most exciting artists from the worlds of dance and fashion.

The Company’s ninth edition of the annual Fall Fashion Gala will feature world premiere ballets by Sidra Bell and Andrea Miller, both of whom are making their first-ever works for the stage at NYCB, following their fall 2020 commissions for the Company’s digital Fall Season.

Since the inception of the first Fall Fashion Gala in 2012, the annual event has raised more than $20 million for NYCB. The Chairs for the ninth edition of the event will include Parker and co-chairs Claire Danes and Hugh Dancy, Diane Kruger, Mazdack and Zanna Rassi, Deborah Roberts and Al Roker, and Jordan Roth.

Rogers, who will design costumes for Bell’s 2021 work, was born and raised in Baton Rouge, Louisiana, Rogers was encouraged to pursue the arts from a young age, obsessing equally over anime and the works of Gauguin. His foray into design began by creating costumes for comic book characters, using random fabric or garbage bags, draping them onto a form, and doing whatever he could do to make his vision come to life. It was this innate sense of experimentation that shaped his design process. He also spent many Sundays in the pews of a Baptist church in awe of the attention to detail that went into monochromatically coordinated silk wool ensembles, complete with feathered hats, stockings and gloves, which inspired his decision to become a fashion designer.

Rogers launched the CJR brand with his senior thesis collection at the Savannah College of Art and Design. In the ensuing five years, the brand has received placements in both American, British and French editions of Vogue, Elle and i-D, and has been worn by prominent celebrities and public figures, including Vice President Kamala Harris, First Lady Michelle Obama, Lady Gaga, Rihanna, Tracee Ellis Ross, Dua Lipa, Gabrielle Union, Tessa Thompson, Lizzo and Beyoncé.

He is the recipient of the 2020 CFDA Fashion Award for Emerging Designer of the Year and the 2019 winner of the CFDA/Vogue Fashion Fund.

Miller is the founder and artistic director of New York-based company GALLIM. A sought- after creator and collaborator for theater, film and site works, Miller explores essential elements of human behavior and motivation in her work. Miller’s highly acclaimed dances are performed by GALLIM as well as other leading dance companies, including NYCB, Martha Graham Dance Company, Ballet Hispánico, Ballet Bern, A.I.M, Ailey II, Nederlands Dans Theater 2, Rambert 2 and Grace Farms, and she has also created films for Art Basel, The Guggenheim Museum, Northrop at the University of Minnesota and films.dance.

Miller, a Guggenheim Fellow and the first choreographer to be named Artist in Residence at The Metropolitan Museum of Art, has designed unique GALLIM programs to support and educate the community and is also an Adjunct Professor at Barnard and Marymount Manhattan College, as well as a guest teacher and lecturer at Harvard, The Juilliard School, NYU, Sarah Lawrence, Wesleyan and UofArts, among others.

A graduate of The Juilliard School and a mother of two, Miller has also received fellowships from Sadler’s Wells, New York City Center and the Princess Grace Foundation, and collaborated with fashion brands including Hermès, SportsMax, KSwiss, Lacoste, Target and Calvin Klein. Miller recently conceived, co-directed and choreographed You Are Here, a sculpture, sound and performance installation commissioned by Lincoln Center for the Performing Arts that incorporates the 13 Lincoln Center campus constituents and New York arts organizations, and will open this July.

Cortázar, who will design costumes for the new Miller ballet, was, at 17, the youngest designer to present at New York Fashion Week and is now based in Paris, and is known for his vivid designs, combining Latin moves and culture with the French savoir-faire, which he summarizes under the claim ‘Paris Latino’.

Born in Bogotá, Colombia, Cortázar started his fashion career in Miami, at the age of 16, and soon after debuted his first collection in New York in 2002. In 2007, Cortázar moved to Paris to helm the House of Emanuel Ungaro. In 2012, Natalie Massanet approached Cortázar to create a series of capsule collections for Net-a-Porter. This process ushered the relaunch of his eponymous Paris-based brand in 2014.

Referred to by Vogue as “the most uninhibited designer showing in Paris,” Cortázar’s collections have been found in the most prestigious on-line retailers, department stores and luxury boutiques, including Colette, Barneys, Le Bon Marché, Browns, Farfetch, Net-a-Porter and Matches, among others.

Regulars in his designs vary from Cate Blanchett to J Balvin, Rosalía, Beyoncé, Rihanna and Queen Rania. Cortázar was recently named by the President of Colombia an official ambassador of the arts to the country. He can be found between Paris, Cartagena de Indias, Miami, New York or Ibiza, the places that have shaped him both as a person and as the renowned fashion designer he is today.