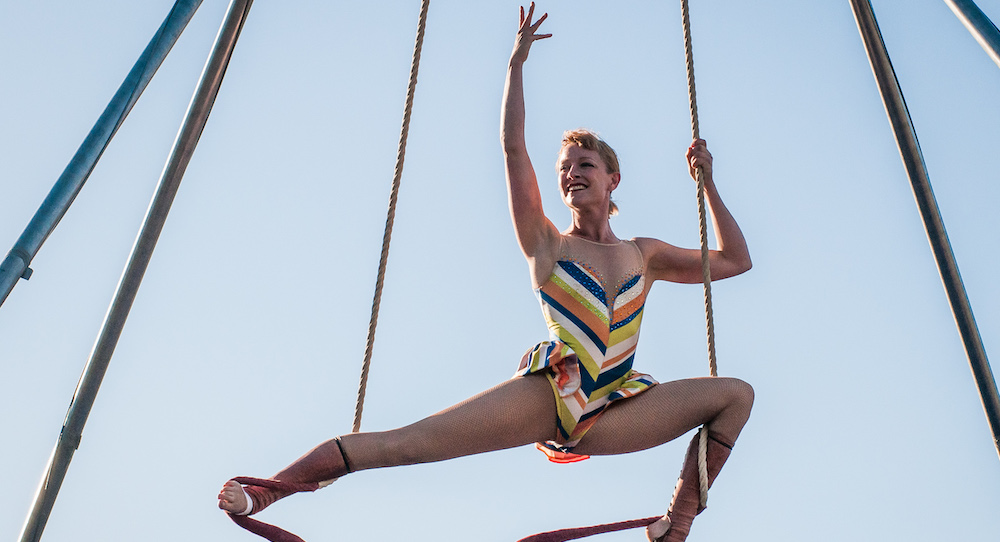 Be An #ArtsHero, the non-partisan grassroots coalition working to mobilize all disciplines and regions of the arts and culture sector, is proud to announce a partnership with The American Circus Alliance (ACA), the first coalition of circus arts workers united to represent and support circus arts in America, as they aim to create a national conversation highlighting the arts and culture sector and its economic value.

The partnership between Be An #ArtsHero and the ACA seeks to advocate for the relief, recovery and recognition of the arts and culture economic sector, which brings a massive $877 billion in value added to the U.S. economy while providing 5.1 million American jobs.

In the open letter released as part of the campaign, the ACA writes, “The history of the American Circus is a quintessential American story, filled with self-starting entrepreneurs making substantial contributions to our economy and culture. Having survived a myriad of challenges for over two centuries, the American Circus holds a storied place in our history. A testament to the rich legacy of circus in America, The Smithsonian describes one of the first circus performances in the country as having ‘dazzled President George Washington and other audience members with athletic feats and verbal jousting.’”

A recent survey conducted by the ACA of 178 U.S. circus professionals (representing 45 companies and 133 individuals) reported an economic loss of $24.6 million dollars in the last year, on average a loss of 77 percent of their annual income. Sixty-nine percent of those surveyed report that these financial losses and related career setbacks jeopardize their ability to continue professional activity.

Be An #ArtsHero and the ACA call for the establishment of a Secretary of Arts and Culture in the federal Cabinet; and urges that the contours of both the Defend Arts Workers Now and Putting Creative Workers To Work proposals be incorporated into The American Jobs Plan, and “asks for recognition that the arts in America are vital not only to the mental and emotional well-being of our citizens, but to the economy and future of the country,” according to the penned letter.

American Circus Arts Workers and Supporters are encouraged to sign their name to the open letter, contact their representatives, and share their stories on social media using the campaign hashtags #ArtsWorkersUnite and #CircusWorkersUnite.

Visit beanartshero.com/circus-letter for more details on how to get involved.