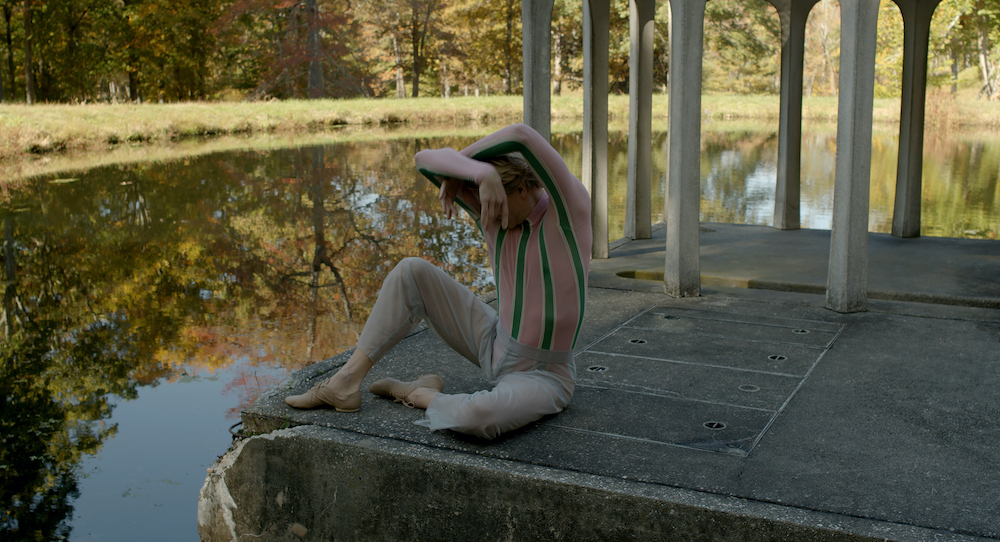 At times, dance has been at the forefront of social change and innovation. At other times, we’ve frankly seen it lag behind. At times, artists and administrators have struggled with balancing an honoring of tradition and leaving behind parts of that tradition that no longer serve us. At times, they’ve done that remarkably well. In order to have a message and a meaning that resonates with the world it’s in, dance must move with that world. American Ballet Theatre (ABT) is one company, among others, that’s demonstrating a commitment to moving forward with the rapidly-shifting times.

Its virtual The Future Starts Today presented four forward-thinking premieres from acclaimed choreographers, as well as described its new program RISE — “Representation and Inclusion Sustain Excellence” — aimed at moving the company forward with respect to, and keeping it accountable to, the work of representation and inclusion at all levels of the company. A montage that featured various voices in the ABT company and staff detailed what steps each of those people will take within this program — making it all clear and tangible. The premiered works also demonstrated a high level of awareness of the cultural moment. It was work that could speak to that moment, and thus had the potential to offer all that dance can to the people experiencing it.

The first premiere in the program was Gemma Bond’s Convivium. In her intro to the piece, Bond shared that she wanted it to be a celebratory piece, but she came to realize that didn’t feel appropriate in this time of hardship for so many people — so the piece became about the dancers’ experience through this time. That theme showed through to me in the relative quiet and solitude of the piece. An instrumental piece seemed to have no more than two instruments playing at a time, and the four dancers could be seen to represent the entirety of one’s in-person social circle within this time. Solo sections had even more agitation and turbulence, movement quick and dynamic. This brought to mind for me those times when we say we’re alright to others, but agonize within ourselves or reveal our internal struggles only to those closest to us.

The tonal and stylistic range of sections coming later complicated that notion for me, however; Bond was instead, or also, painting a picture of the complexity of thoughts and emotions through this fully unpredictable and challenging time. Overall, I wouldn’t identify the movement as either classical or contemporary; spinal undulations and releasing into gravity were markers of a contemporary aesthetic, while long turned-out lines and classical lifts reflected classicism. The evocative aesthetic also shone through the work — a grey quality through black and white film and costuming in greys, blacks and whites — making the grey feeling of this time in our world visual, and thus more tangible.

The next premiere was Christopher Rudd’s Touché. Rudd disclosed in his introduction how it’s an explicit painting in dance of gay love, which many people in our society consider themselves tolerant of but have an intolerant reaction when they see it in front of them. The two dancers performed on a Spartan stage space — just Marley and basic lighting, a mournful instrumental score accompanying them. They at times danced with a feeling of a heavy weight, a weight like that of marginalization and being unheard.

Lifts and transitional movements between them were strikingly innovative and memorable; their bodies tangled and untangled in wholly unexpected and wholly ever before unseen ways. Rudd and the dancers seemed to have marshaled all available manipulations of the earth’s physical laws to make those possible. The dancing slowed and became even more tender and intimate toward the end of the work. In each other’s arms, they floated and glided. All felt possible through the power of love.

Later came David by Pam Tanowitz and danced by former ABT Principal David Hallberg. Tanowitz’s design choices built an atmosphere of medieval elegance, in Hallberg’s home and in the structure on the water — when he wore a striped costume, reflecting those of knights of old. Shots alternated between the two locations, the lighting bright and ethereal in both. In both, there was a sense of other-worldliness. Yet pedestrian movement on the water structure and quotidian acts in his home grounded it in the unremarkable.

There was also a meta-quality as he physically and mentally marked movement, and we even saw diagrams of choreographic work — all very intriguing and grounded in the everyday. There was tension between the magic of performance and the real-life existence of the dancer. Other-worldliness also shown through in Hallberg as a mover; his lines were long and supple and every movement as effortless as breathing, the movement also simple but resonant. He also had a humility and graciousness to his presence that grounded him as a real human. This dynamic resonated as another tension of opposites.

The metaphor of David as David, Michelangelo’s iconic sculpture, was resonant as well. Hallberg’s body stood as a vessel for masterful art, the clay that Tanowitz has breathed life into, yet in the film we also saw Hallberg as fully human. At one point, Hallberg was looking at a photograph of David in a coffee table book, moving the metaphor to just short of explicit. As the work ended, philosophical and practical questions about dance art, dancers and a life in dance arose in the back of my mind, but my spirit also simply rejoiced in the art offered.

Darrell Grand Moultrie’s Indestructible Light finished off the night of premieres with a joyful, vibrant bang. Jazz music and jazz dance inflections created a joyful atmosphere; it felt like it’d be impossible not to smile and move your body a little bit while watching it. A lively group section began the work. A circle formation built a sense of continuity and community, of moving forward together. That moved to a line, which brought to mind something more presentational and confident. Jazz dance qualities massaged into classical ballet technique, such as rolling hips as feet moved on demi-pointe in between arabesques and pirouettes, was an incredibly pleasing effect — both visually and energetically.

In this day and age, it was also just amazing to see dancers on a stage, expertly lit and spaced in their formations. The costumes, in dark colors and daring but smooth cuts, had the feel of a modernized speakeasy 1920s quality — Chicago but without the intentional raunch. The camera work was just as fun, creative and technically sound as the dancing. The section ended with the dancers coming in and out of the wings and waving as they moved, a touch that reminded me that we’re never too old to be playful.

The following section of four dancers was more sultry. It took me a minute to realize that they were backstage, against a long and tall dark green wall. The movement played off the two-dimensional quality of the wall quite well; they faced directly to the front or side as they rolled hips, undulated spines and posed together. That section shifted into a more tender and slower one, beginning with a solo and ending in a duet. The music and movement were slower and more pensive in quality, yet the movement was no less dynamic and memorable.

Overall, the emotional range of the piece felt truthful, honest and aesthetically satisfying. The full cast came on to end the section, just as joyful and energetic as they started the piece. Their light was indestructible indeed! Beyond that, Moultrie introduced the piece with an encouragement for all of us to work toward change together. His work reinforced the truth that it’s not only possible but can be quite gratifying and fun for us to do that. The night of premieres reflected that truth; it made clear that together, with thoughtfulness and commitment, we can move forward together — and it can be a great time!