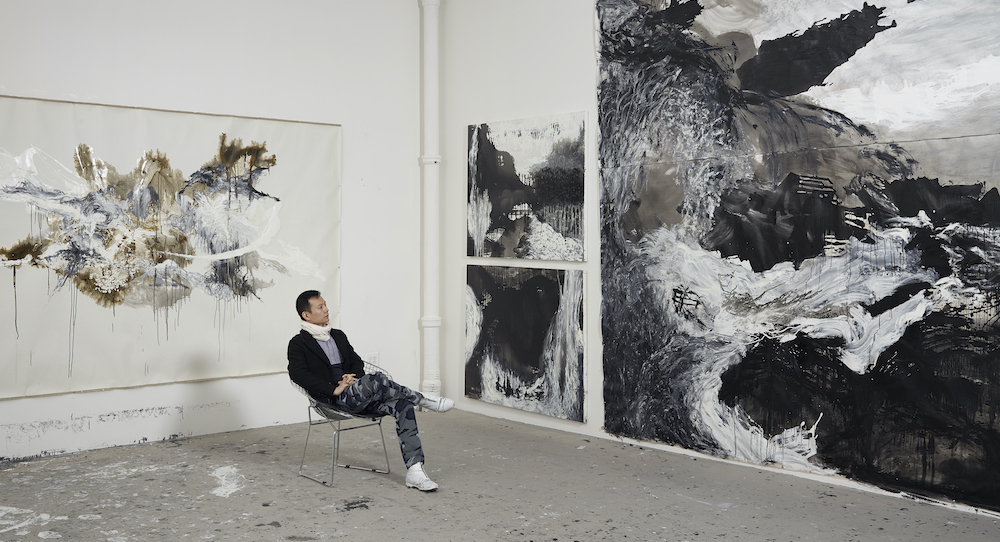 Wei’s artistic practice draws upon both Chinese and western culture, encompassing not only dance — for which he became world famous after choreographing the opening ceremony of the 2008 Beijing Olympics — but also painting, drawing and filmmaking. Known for his interconnected artistic approach, Wei blends various disciplines to explore aspects of spirituality, perception and movement, while defying traditional boundaries between disciplines, geographies and cultures.

Painting in Motion, which will feature never-before-shown paintings and film, is the first North American exhibition to unite Wei’s work across these various media, and to include original commissions. It is also the first time that the work of a single artist occupies all of the Museum’s rotating exhibition spaces in both the historic and new buildings.

“From the moment Shen Wei and the Gardner began collaborating, we realized that his approach to art and nature was mirrored by Isabella’s Palace itself, with its intermixing of various media and its centering of natural elements in the Courtyard,” observed Peggy Fogelman, Norma Jean Calderwood Director of the Museum and co-curator of the exhibition. “At a time when the global pandemic has made us all hunger for connection and healing, Shen Wei’s art speaks to both the body and the spirit. We are thrilled to present the full range of this boundary-breaking contemporary artist and to engage our communities with the spiritual journey represented by his work.”

“Shen Wei’s art focuses on discovery — the unfolding of a surprise, a new way of thinking about the forms of energy in the body and in nature that brings with it the understanding that everything is connected,” said Pieranna Cavalchini, co-curator of Shen Wei Painting in Motion, and Tom and Lisa Blumenthal Curator of Contemporary Art. “We’re so delighted to share his work here at the Gardner Museum with this exhibition.”

Painting in Motion will unfold across all three of the Museum’s special exhibition spaces. The Hostetter Gallery will feature Wei’s recent paintings, including two works created at the Gardner Museum during his first stay as an artist-in-residence in 2018, as well as a new series of paintings just completed this year. It will also feature his notebooks, sketches and documentation of his choreography to provide insight into his working process (on view December 3 through June 20, 2021).

In relating his work to ideas of centeredness and connection inherent in the exhibition, Wei expressed, “We rebuild differently but with a same goal. Though we are in a divided space, we are synchronized in ideas. We are individual, but we rebuild together.”

Calderwood Hall and the Fenway Gallery in the historic Palace will serve as screening rooms for Wei’s films, including April (1998), Inner Shadow of Movement (2016) and a new commission for the Gardner Museum, Passion Spirit (2020). Films will be on view from December 3 through June 28, 2021.

Finally, the Museum’s Anne H. Fitzpatrick Façade on the front of the building will feature Red Marker Number 1 (2020), a reimagined still image from Passion Spirit (on view November 24 through June 28, 2021).

The exhibition is accompanied by the catalogue, Painting in Motion, authored by the show’s co-curators Pieranna Cavalchini and Peggy Fogelmen, along with Barbara London and Yiling Mao. The publication is available for purchase through the Museum beginning in December.