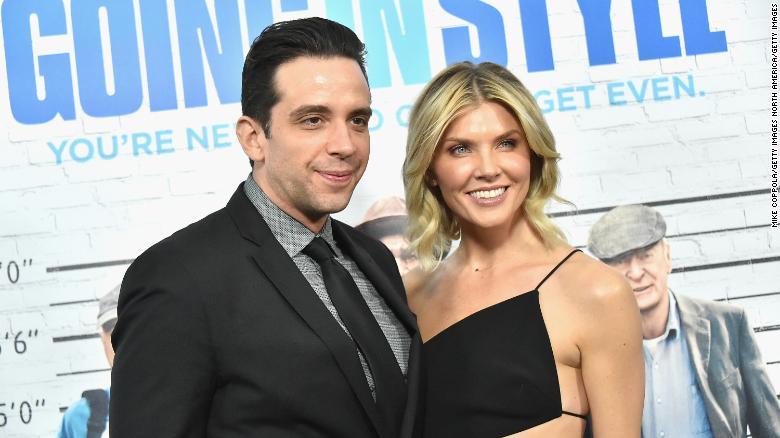 Nick Cordero, a Broadway performer and Tony Award nominee, passed away on July 5, after a battle with COVID-19, at the age of 41. His wife, Amanda Kloots, announced the news on her Instagram on Sunday: “God has another angel in heaven now. My darling husband passed away this morning. He was surrounded in love by his family, singing and praying as he gently left this earth.” Cordero is also survived by his and Kloots’ one-year-old son.

Cordero battled the novel coronavirus for 95 days. During that time, Kloots led a dance- and sing-along to her husband’s song, “Live Your Life”. Thousands of friends and fans participated on social media, posting their song and dance videos at 3pm PST each day, with the hashtag #offthevent and #WakeUpNick.

Cordero grew up in Hamilton, Ontario. In 2014, he was nominated for a Tony Award and a Drama Desk Award for his role in Bullets Over Broadway. He also earned a Theatre World Award and Outer Critics Circle Award for the role. In addition, Cordero originated the role of the husband, Earl, in Broadway’s Waitress, as well as the role of Sonny in the musical version of A Bronx Tale. He also appeared on television in Blue Bloods, Law and Order: Special Victims Unit and Lilyhammer.

Cordero met Kloots when they were both performing in Bullets Over Broadway. They married in 2017, and later relocated to Los Angeles.

Cordero was first hospitalized in March, at Cedars-Sinai Medical Center in LA, where he spent some time on a ventilator, suffered several COVID-19 complications and had to have his right leg amputated in April.

The Broadway, dance and acting communities are certainly mourning the tragic loss of the beloved performer.

Earlier today, Kloots posted on Instagram: “Live your life to the fullest. I would have never thought this would happen to him, to us. Hug your loved ones. Make every day count. Please be safe and take this time in our world seriously.”