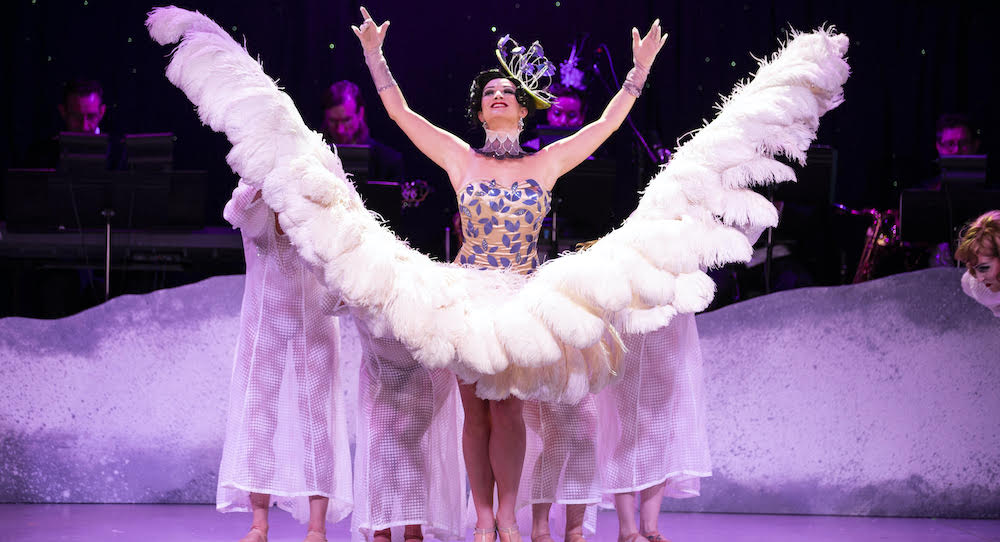 Dance Films Association and Film at Lincoln Center have announced the complete lineup for the 48th edition of the Dance on Camera Festival, running July 17-20. With a program that travels the globe from Ireland to Argentina to Kazakhstan, the festival will be presented digitally for the first time and provide unprecedented access to the longest-running dance film festival in the world.

“Every year, we are so excited to share artists and perspectives from around the globe,” said Liz Wolff, co-curator. “This year, we were able to find a way to maintain this wonderful dance and film experience in our beloved New York, while also having the opportunity to cultivate an experience for those outside of the city.”

“We’re excited to share these films with an even wider audience,” noted co-curator Nolini Barretto. “From a look at a burlesque Nutcracker in the U.S., to Oona Doherty’s bold work in Ireland, to a senior community that never stops dancing, we hope this slate will incite conversations and create even more fans, while also providing access to an inside look at dance artists that we continue to provide year after year.”

Curatorial advisor and executive producer Michael Trusnovec added, “Everyone around the world has faced monumental challenges this year. One of the most thrilling and powerful aspects of art is not only the ability to escape — something that is vital right now — but also to see a dance that is so profound that it challenges your thinking, ignites a passion or shakes you to your core. You see a genius like Peggy Baker in Dancing Darkness or Maguy Marin in Time to Act, and it reminds you of what is possible.”

This year’s festival includes a variety of features and shorts, opening with the U.S. premiere of an intimate look at celebrated choreographer Maguy Marin. Maguy Marin: Time to Act includes stunning footage of live performances, and the screening will be followed by a live Q&A with Marin and director David Mambouch. Highlights from the Shorts program include hand-painted animation in Peter Sparling’s Cornered (Detainee’s Lament) and a timely, passionate exploration of race and political activism in Susan Misner’s Bend.

There is also an opportunity for creators to submit their original two-minute films to be considered for this year’s #mydancefilm program. The special release of selected films will take place on the final day of the festival. Participants are invited to portray how “Isolation” manifests itself in their lives during these days of social distancing. Using the hashtags #mydancefilm with #docf17thru20july — and tagging @dancefilms — films may be posted for consideration through June 17, on the filmmaker’s own Instagram, Facebook or Twitter accounts. Jacob Jonas will be the guest filmmaker in a prerecorded conversation with the selected artists.

Tickets go on sale July 1. Single screening tickets are Programs $9; discount members $8, discount for seniors and students $5. See more and save with a $48 All-Access Pass. Special Discount Pass for students, seniors (62+), FLC and DFA members is $35. Tickets may be purchased at danceoncamerafestival.org.

For additional information, visit Film at Lincoln Center at filmlinc.org, Dance Films Association at dancefilms.org, and follow them on social media @filmlinc and @dancefilms.