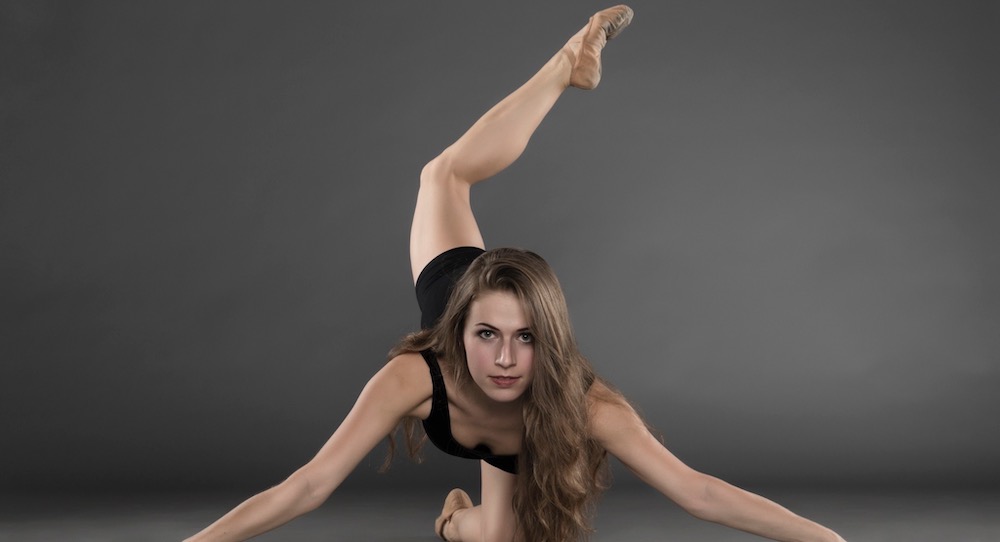 What’s the difference between a second company member, an apprentice and a trainee? It depends on who you ask. Without an established industry standard for each term, be sure to read your contract closely. Dance Informa spoke with dancers from Nimbus 2, Ballet West II, Nederlands Dans Theater (NDT) 2 and Ailey II about what made their second company experiences successful. Plus, Nimbus dancer Shayla Hutton talks standards that second companies should meet.

“A lot of second companies have a two-year program. Which seems like a lot, but I think it gives them a chance to see you, and you a chance to see if it’s where you want to be. It’s more comprehensive than a two-hour audition.”

“Ballet West normally keeps dancers in their second company for about two years, which I think is like most, before they consider promoting them. I got lucky, a spot opened up a year-and-a-half into my time with Ballet West II, and I was promoted a bit sooner.”

“NDT needs such a specific and versatile dancer; they almost want to mold you before they bring you into the first company. It really works. They create an environment where you have these incredibly intense three years. And when you’re through with that, it’s hard to not feel like you’re ready for the first company.”

“I was invited to audition for Ailey II at the end of my junior year of the Ailey/Fordham BFA program. At the time, they didn’t have a spot, but eventually a place opened up for me as an apprentice, and then a full second company member on a two-year contract. It was so incredible.”

On moving up to the main company

“After Nutcracker, a main company member left, and the apprentice got injured. Nimbus was meant to perform a piece with the full company, and they needed another girl. So two of us from Nimbus 2 were brought in to learn and perform it. And then when contracts were due for the next season, I was hired into the main company. It always has a lot to do with who’s leaving.”

“For the most part, Ballet West does pull from their second company. It’s very rare that they hire from outside. I’ve seen them hire from outside, and not be entirely happy with the dancer, or the dancers seems a little lost, because they haven’t been exposed to Ballet West and how we work. Adam Sklute (Ballet West artistic director) said to me that when he saw me in class, sure, he thought I was a talented dancer, but it was a whole other experience to watch me on stage performing. Without Ballet West II, he would have seen me in an open call class audition, and that’s not really enough information to make a decision on whether you want a dancer in your company. You’re only seeing a snippet of what they have to offer.”

“The majority of dancers in NDT were in NDT II. This is my second season with NDT II. Of course, they can’t take everyone into the first company. It just has to do with how many contracts are available each year. A lot of dancers stay in The Hague (where NDT is based in the Netherlands) because there are a lot of freelance opportunities around here. A lot also join other companies.”

“When I got into the Ailey/Fordham BFA program, my goals were to dance for Ailey II and then move on to the first company. But I’m with Parsons now, and I love it here. Often Ailey II is only made up of kids who go to the school. Not always, but often. About 25 percent of each BFA class gets into Ailey II. And then about 25 percent of the second company get hired into the first company. A lot of people leave to do other work and then come back when there’s an opening in the first company. There’s always limited spots depending on who’s leaving the company. Others get hired elsewhere, like me. And some people realize this is not for them.”

“Because Nimbus is a small company, we’re not just delegated to the corps. When dancing with the main company, we get to dance soloist roles. We also understudy main company members. I danced Rat Queen during The Nutcracker when someone was injured. The director trusted me to do that, which was great.”

“I was performing roles with Ballet West II that you don’t get to perform at first with the main company, because you start from the bottom. We performed with the company for ballets where they needed more dancers. So throughout your training, you get to experience, to a certain extent, what it takes to be a company member. It’s the best of both worlds.”

“Ballet West is an AGMA company. That means there are restrictions and rules on what the company can and can’t do. But the second company is not a part of AGMA, unless we’re performing with the first company. Which allows us a little more freedom, especially for touring. When we are performing with the main company, we’re under AGMA rules, which means they can’t overwork or underpay us, or treat us as disposable. Ballet West would never do that anyway, but some companies do.”

“The opportunities we get in the second company are all so different, just like the dancers. Even if you don’t join NDT 1 after three years, you’re prepared for most jobs.”

“The goal of a second company is to book another job when you’re done, whether it’s with the main company or a different one. Our second company director got us all a private audition at Ballet Hispánico, because their open call had taken place while we were out of the country. He called the director and set up an audition just for us.”

Dance Informa sat down with Shayla Hutton to digest all this information and talk about common elements that make up a successful second company, and how Nimbus has adopted strategies to become one. We also discussed what can go wrong.

The Nimbus company is well-established. Because of its success, the company has been able to start a second company, apprenticeship program and youth ensembles. As Nimbus grows, it’s refreshing to see each new branch of the organization is given the right pay, time, attention and a clear path for upward mobility. As a Nimbus 2 alumna, former Nimbus apprentice and now full Nimbus company member, Hutton is a testament to the success of that system, and has some insight into the differences between each ranking.

What does it mean to be in a second company, then? Or what should it mean?

“A second company should be an opportunity to perfect the style of that company. To be shaped to their artistic voice. If you’re in a second company, you’re a professional. It’s not that you’re not as good as main company members; it’s that they’re testing out your ability to fit into their artistic vision. And you’re testing out whether that vision is something you want, too. Nimbus 2 is starting to do more first company repertory, so that the director can see how the second company dancers handle that style.

Because Nimbus is a contemporary company, we don’t have the same hierarchy as ballet companies. But Nimbus does prefer people to move through the ranks naturally. Like how I was promoted from the second company to the apprenticeship to a full company member. Nimbus 2 is pretty new, this is its fourth or fifth year, but there’s starting to be a path for dancers to rise through the ranks. We also have the Nimbus school, which hosts the pre-professional program. We call them the Nimbus Youth Ensemble. Then there’s the Junior Youth Ensemble. We don’t consider the school a trainee program, but I think ideally they hope some of the pre-professional students would move up to Nimbus 2, and then Nimbus. They’re trying to get to that point.

The goal should be to promote dancers from within. And of course you’ll always hire some outside people. You don’t want to close off a company to anyone who didn’t train at the school. But you want your second company to feed into the first company, otherwise it’s just a training program. A lot of dancers from the second company, if they don’t get promoted, move on. Which is fair. Everyone auditions on the side, and keeps their options open. Some go to school at the same time. Just like any company, limited positions open up at a time. But we’re competitive for those spots in Nimbus or elsewhere. Beyond honing the company’s style, a second company should get you ready for the ins and outs of company life.

Somewhere between a one- to three-year program. Anything less runs the risk of not experiencing a full season with the company, and anything more is a university degree.

Do you take class with them? Do you perform with them? If you do, are you a tree in the background, or are you actively engaged in the process? On the flip side, does the company misuse its second company dancers as underpaid corps members? You want enough contact with the company that you’re learning how it runs, but you definitely don’t want your hard work be taken advantage of.

Are you learning company repertory? Are you given a chance to work on soloist and principal roles? Many dance organizations use its second company as a community outreach tool, which gives second company members the chance to tour and perform consistently. Those are two aspects of company life that you want to be sure you learn how to handle.

How many second company members are promoted to the main company? If that’s your end goal, you want to be sure there’s a direct link between the two. How many second company members are hired into other first companies? You want to be sure the guidance you’re getting will set you up with the skills you need to land a contract, whether with that company or another one.

If a similar structure could be adopted throughout the industry, there would be far less confusion about what to expect from a stepping stone contract, and far less abuse of dancers’ tuition, training and time.