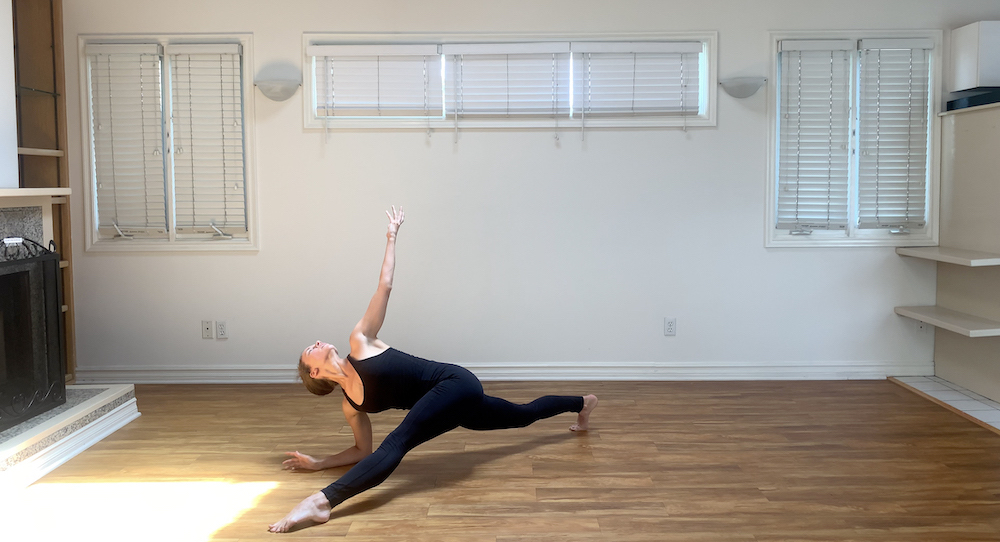 On June 19, for the first time since 1937, the Martha Graham Dance Company performed a reimagining of a lost Graham work called Immediate Tragedy. The performance was part of an ongoing collaboration between the Graham Company, the Grammy-nominated music ensemble Wild Up, and the Younes and Soraya Nazarian Center for the Performing Arts. Due to social distancing, the choreography and musical composition were developed, rehearsed and performed online. The final product was an artistically edited livestreamed film, presenting a compilation of dancers performing the solo in their living rooms at home. It was screened alongside a pre-COVID recording of another solo, Deep Song, as Graham has originally intended them as companion pieces. After over 80 years, the dances were shown together again.

Immediate Tragedy was a solo danced by Graham that was never filmed or notated, and thought to have been lost entirely to time. But archivist Neil Baldwin uncovered materials about the original production, finding letters between Graham and the original composer Henry Cowell, reviews, musical notations and, most importantly, photos. Although originally a solo, 14 Graham Company dancers perform the piece. Each dancer was given four photos of the original dance from which to create movement phrases, using their years of training in Graham technique, knowledge of other repertoire and intrinsic understanding of the style to create honest interpretations of the essence of the original dance. This reimagining was vetted and staged by the company’s Artistic Director Janet Eilber, who credits the dancers for their choreography.

Throughout the show, it’s clear to see why Deep Song and Immediate Tragedy belong beside each other. Both carry emphatic gesture built into big movement. There’s drama, as there always is in Graham works, but never without purpose. Each move is entirely complete and comprehended before the next begins. The idea of bearing burden is revisited throughout Deep Song, and every movement infused with intention. In Immediate Tragedy, the dancers move through poses as the pictures of the poses they’re imitating appear beside or superimposed with them on the screen. It makes for clear, concise markers, like moving through poses in Tai Chi. You can see each dancer’s interpretation of the in-between steps. They all draw from the same technique, training and source materials but still experience the movement differently. If they had rehearsed together, would they be moving uniformly? If we were watching them in the same room, would we have even had the chance to notice the minute individualities? With the exception of a few split-screen group moments (which were fully synchronized), the layout of a shared solo offers the uncommon opportunity of seeing the movement on different bodies as they naturally interpret it.

For a piece that has to rely so heavily on interpretation, the true task was to maintain the artistic integrity of the work — it’s defiant core. Immediate Tragedy had originally been choreographed and composed by Graham and Cowell in response to the Spanish Civil War, intended as a passionate anti-fascist statement and a salute to the women fighters of the Popular Front.

Wild Up Artistic Director Christopher Rountree and six of his musicians faced the hurdle of recreating a score from minimal notation without ever being together in person, just as the dancers did. During the pre-show talk, Rountree discusses how this task interacted with the protesting tone of the piece, saying, “It’s a piece about rebellion. How do we make a piece about changing the room when we can’t physically be in that room?” He also discussed the challenges of creating music over Zoom, like audio delay, and how those sorts of limitations ended up shaping the music. Rountree’s dilemma wasn’t a new one, and may even hold the current iteration of the score more true to the original’s ethos. During the time of composition, Cowell was serving a sentence in the San Quentin Prison, under a “morals charge”, as Cowell was bisexual. He stayed in close contact with Graham, and navigated several artistic obstacles stemming from not being able to be in the same room as his collaborator.

Graham’s thoughts in one of her letters to Cowell read, “…whether the desperation lies in Spain or in a memory in our own hearts it is the same … I had been in a valley of despair, too. I felt in that dance I was dedicating myself anew to space, that in spite of violation I was upright and that I was going to stay upright at all costs…”

Recreating a politically charged and sparsely documented piece of art as a collaborative endeavor without the possibility of gathering together in person is a daunting and difficult task. But the Graham Company, Wild Up and the Soraya succeeded in bringing together a truly inspiring work that underlines the possibility of connection despite isolation, and the importance of facing tragedy together. While it might not match the original solo exactly, the reimagining of the movement matches the replacement of the tragedy that the piece is about. The original Immediate Tragedy had been in response to the Spanish Civil War. But today’s Immediate Tragedy confronts a global pandemic that isolates people at a time when coming together to stand against tragic injustice is so crucial. The theme of sad strength and relentless stoicism in the face of mass tragedy still stands upright, and will continue to. Immediate Tragedy is a timeless opportunity to reflect on collective traumas, and can be reinvented and reapplied to any tragedy that becomes immediate. Graham’s words remind us to dedicate ourselves anew to the cause every day.

The full show and discussion is available here.