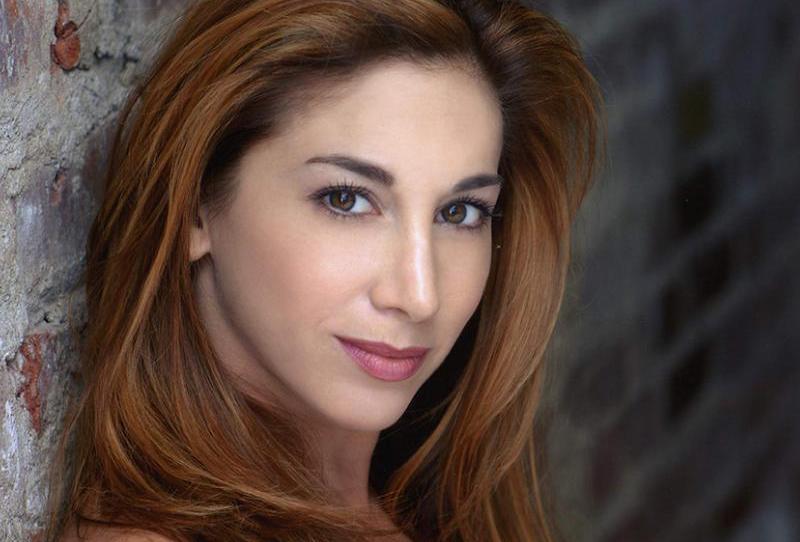 On the heels of an illustrious performance career that included dancing in 14 different Broadway shows, Lorin Latarro is now shining bright as a highly sought-after choreographer. Her next project is Almost Famous, which will have its debut at The Old Globe in San Diego, this fall. Dance Informa caught up with Latarro to learn more about her and her work.

What was your first big break into Broadway work?

“As a dancer, my first Broadway show was Swing! I auditioned at an open call. I learned the show in five days and had my Broadway debut on the sixth day. It was thrilling! Frankie Manning and the swing champions of the world taught me how to lindy hop. They taught me every lift in the book…and style…those swing dancers know about dancing with style. As a choreographer, American Idiot changed my life. Michael Mayer and Steve Hoggett taught me so much about structure, and I am lucky they invited me into their creative process. I was the Associate Choreographer on the project.”

Your choreography for Merrily We Roll Along has earned nominations for a Lucille Lortel Award, a Drama Desk Award and a Chita Rivera Award. Tell us about how you were selected for the project and what’s unique about the choreography.

“I received a call from Fiasco Theater asking to meet about the project. We met and we talked about the show, the way Fiasco works, and thoughts on how to approach the material. It just seemed like a good fit. The rehearsal process was very open, very collaborative. Noah Brody and Alex Gemignani and the entire cast all collectively came up with proposals and ideas. We would say, ‘crazy idea, but what if…,’ and then that first idea became a better second or third idea. Sometimes, I would exaggerate and dance break an idea, and sometimes instead we would abstract and essentialize the idea. It was a labor of love. Speaking of labor, I started rehearsals for the show three weeks after I gave birth! I was flowing with creativity…and breast milk!”

How do you describe your choreographic style?

“I love dance, every bit of it. So I try to let the narrative tell me what kind of movement the piece needs. I like to dream up images and concepts. When working with actors who move, I use language that looks good on them. Actors respond to emotional states and action words and super objectives. I physicalize those things, or abstract them. I read the script over and over, and I like to choreograph moments not on the page, in between the words. I also love working with dancers and creating giant visceral dance breaks and fun musical theater numbers. Comedy!  I love making an audience dance in their seats. My biggest influencers and teachers are Twyla Tharp, Fosse, Michael Bennett, NDT, Pina Bausch, Steven Hoggett, DV8.”

Your career is red hot right now. What tips do you have for people juggling simultaneous projects? 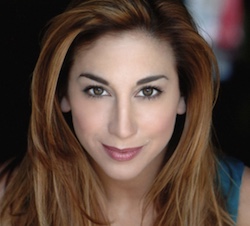 “Do a lot of prep work before walking in to the room. Listen closely to the director; they offer so many ideas. Trust your director’s edits. Try not to create two shows simultaneously. I give myself at least a week of private prep time for each project. Be organized. Have a smart, reliable team. Find private moments to dream on music.”

What techniques do you find most necessary for dancers to be adept with your choreographic style?

“I like dancers who are also great actors and dancers who love to devise work together. I have a special place in my heart for incredible technicians; I respect dancers who clearly spent years of their lives perfecting their craft.”

Waitress is another project you are involved in that continues to be in high demand. How was it choreographing to the orchestrations by Sara Bareilles?

“Sara’s music taught me how the piece moved. Sara is a purveyor of truth. Her lyrics and music oozed the ‘ingredients’ needed to figure out how the ensemble and Jenna, our lead character, dance. Waitress is an example of me trying to find choreography not on the page. Instead, I choreographed what I thought Jenna was dreaming about while she was baking those pies. I just wasn’t interested in the actual choreography of baking.”

What’s it like working with Cameron Crowe on Almost Famous? What about this project most excites you?

“Cameron is a really smart and kind man. He knows everything about music there is to know. This is his story – autobiographical! So, I can turn to him and ask him what he was feeling in that moment. He is very open and collaborative. The project has an incredible score of some of the world’s favorite songs mixed with Tom Kitt’s glorious music.”

You are a trained Fosse dancer. What’s your interpretation of the new Fosse/Verdon series? Do you find it true to life, and what other insights can you offer about it?

“It is great that Gwen is receiving such accolades today. She offered Fosse much of his style, some of it borrowed from Jack Cole, who borrowed a lot from Eastern dance. I hope the conversation continues to be centered around the effect such misogyny and narcissism had on so many women’s lives. Fosse was brutal, and although dancing for him must have been thrilling at times, it clearly took a huge toll on the psyches of the women around him.”

Where did you grow up, and when did you know you wanted to be a professional in dance?

“I grew up in New Jersey, 20 minutes outside NYC. I trained in NYC from a young age and am pretty sure my decision to be a dancer was pre-verbal.”

You are a graduate of The Juilliard School. Tell us about your experiences there and what kind of dancer is a good fit for the school’s program.

“Juilliard changed my life. The school taught incredible dance technique and self-care. Most importantly, the school taught us how to live as artists. We were submerged in art. Every day, there was a play to see, a concert to hear, a roommate practicing an instrument in the living room. We danced from 8am to 9pm. If this sounds as thrilling to you as it did to me, then Juilliard is the place for you. There is no soccer team; it is a mecca for creativity and serious focus on your craft.”

What’s your favorite time during the creation of new work?

“I love prepping the work and collaborating with dancers to find the number. Then, I really love fine-tuning the number. Cleaning and clarifying and building layers and counterpoint on top of the first idea.”

What do you do for fun?

“I play with my daughter! We take baby beluga swim lessons on Sundays. She makes everything more fun and makes my work so much better and deeper.”