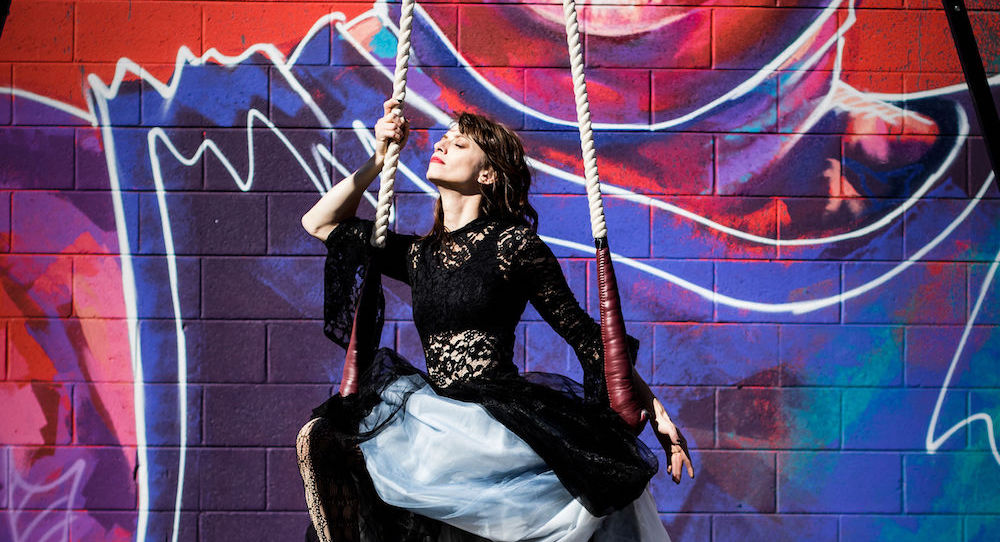 For artists across the United States, the struggle to find and keep funding, pay collaborators and bring passion projects to life can feel like an uphill battle.

In a dog-eat-dog world, sometimes you have to join the pack to survive. 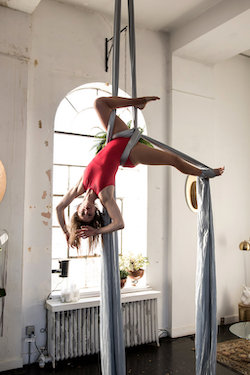 Denver-based aerial artist and entrepreneur Amber Blais credits the city’s “Wild West mentality” with catalyzing the founding of her company Rainbow Militia in 2017. “You have to band together or else you’ll get eaten by wolves,” she says in a Skype interview from Invisible City, a stunning Denver event space where Rainbow Militia, a performing arts and circus collective, is a resident artist.

Blais, who worked in marketing for the contemporary ballet company Wonderbound for five years but does not have a dance background herself, found her tribe among Denver’s aerial and circus artists when she began taking classes eight years ago. A hobby at first, it became much more as she met like-minded people. Along with Elizabeth Smith and Staza Stone, Blais formed Rainbow Militia with the goal of fostering community initiatives and collaborating with performing and visual artists from the circus world and beyond. 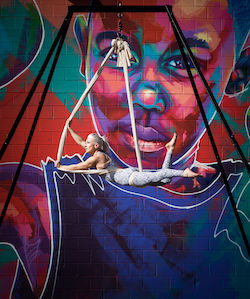 This summer, Rainbow Militia unveils “Zabiti: 10x the Impact,” a traveling circus wagon that will land in 10 lower-income neighborhoods throughout Denver. As in many American cities, access to the arts is often limited to those who hear about events and can afford to attend. With their traveling show, Blais and Rainbow Militia intend – literally – to meet audiences where they are and partner with local nonprofit organizations like food banks and co-ops to make performing arts visible and accessible to everyone.

Because of rising real estate prices in Denver, Blais says many aerial dance studios have found homes in cheaper industrial or warehouse spaces. These buildings also tend to have the ceiling height needed to accommodate equipment such as ropes and silks. As a result, aerial and circus arts studios are generally located in or close to the neighborhoods where “Zabiti: 10x the Impact” will travel, making it possible for audiences to continue to engage with performers after the show and even learn skills close to home. In addition, many local elementary and middle schools have added aerial dance, juggling, acrobatics and clowning to their gym programs so kids can catch the bug early. 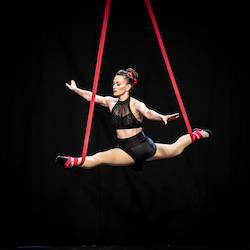 In preparation for the traveling show, Rainbow Militia put out a call to circus students across Denver and offered free professional training workshops to those who wanted to take part but didn’t have a solid act yet. These students – ranging in age from teens to adults – will perform alongside Rainbow Militia in each of the 10 neighborhoods along with local bands. The company says it will showcase over 100 performing artists throughout the tour. “Zabitit: 10x the Impact” also includes booths for local businesses, and the stage will be set up all day so that residents can showcase their talents.

“Zabiti: 10x the Impact” performs on Saturdays from May through July. In August, Rainbow Militia opens Zabiti, a “choose-your-own-adventure style production” that runs for three weeks in a fully immersive space built by artists Tom Varani and Andrea Pliner of Unbuilt Library. Meaning “forgotten” in Russian, “zabiti” tells the story of a cursed forest, a forgotten world where audience members decide whether to follow those who wish to break the curse or those who aim to keep it. 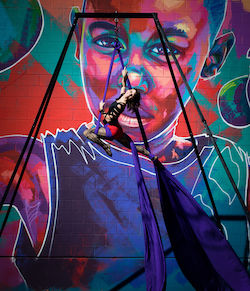 Blais, who wrote the story, has been studying Russian since high school and is fascinated by the humanity in its folklore. Because many tales were recorded before Christianity swept through Russia, she says old Russian stories are often full of spirits and magic not often present in European folklore. And what better way to tell a magical story than through circus arts? Sixteen performers – including actors, dancers, aerial artists, contortionists and musicians – move around and above audience members as they travel through the interactive set.

Blais sees aerial dance and circus arts as powerful, accessible entry points into live performance; they inspire wonder and foster inclusivity. Although aerial work tends to privilege those with physical strength, many other circus acts offer performance opportunities for people of all body types and abilities. “People are doing amazing things,” she says. For viewers, “it’s a mind-opening experience that sparks joy no matter their age.”