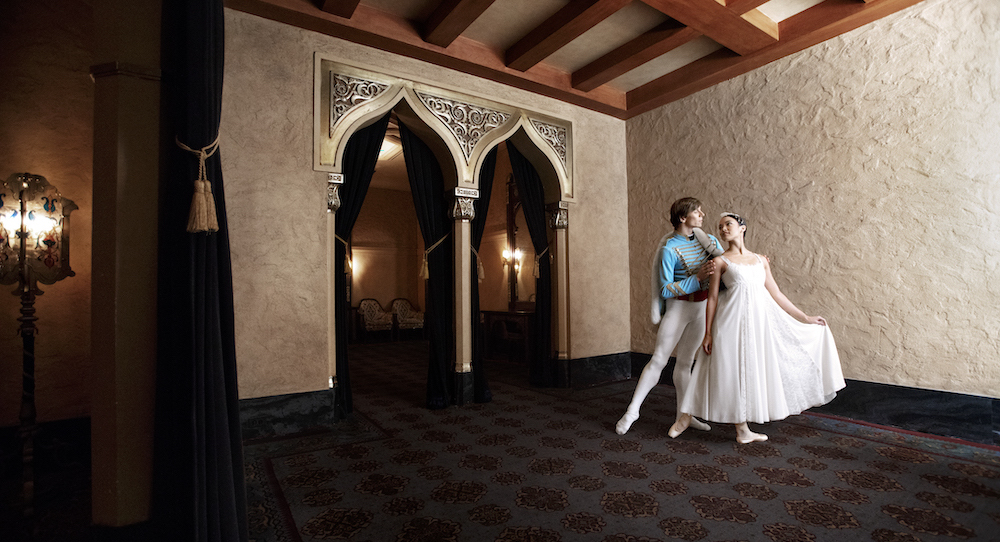 We have arrived upon one of the most anticipated seasons of the year. With the holiday season around us at every corner, it is a season not only of joy but one of tradition. One tradition that is no stranger to the dance world is performing the production of The Nutcracker. This is the show that dancers of all ages and dance levels not only dream of performing in but one that audiences look forward to as December approaches. The Nutcracker is a production that has taken on many forms, while still tying in the whimsical story together in many unique ways. Companies from all over the world pride themselves on their versions of The Nutcracker, and Atlanta Ballet has taken its production of the holiday classic to a whole new level by unveiling a new version of the iconic show. Under the artistic direction of Gennadi Nedvigin, this major milestone for Atlanta Ballet has been two years in the making and one of great anticipation as each detail is carefully put together to bring magic to the Fox Theatre stage. Nedvigin talks to Dance Informa about the beginning stages of revamping The Nutcracker. 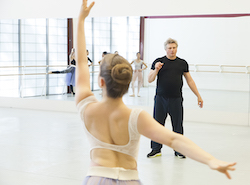 “My initial approach when deciding to do a new version of The Nutcracker was to find a choreographer to create a new production,” says Nedvigin. “Along with our creative team, we wanted someone who could bring something magical to the stage, and we didn’t have to go far.”

Nedvigin did not hesitate when deciding to partner with internationally acclaimed choreographer Yuri Possokhov, who is known for his narrative works, to bring the new vision to life. With a strong team and overall vision set in place, Nedvigin and Possokhov, along with their powerhouse creative team, set out to develop a new production that would rival any other. Because the theater world offers so much more now compared to the past, the logical decision for Atlanta Ballet’s creative team was to go with the times. This meant using new and advanced technologies such as video projections, lighting effects and other technical aspects.

“We also took the old-style theater functions and kind of mixed them together with the new school,” Nedvigin explains. “By using everything together, we could create a mix of possibilities to bring out the essence of the production on stage.” 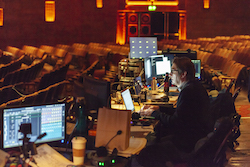 Although a lot of the aspects seemed to fall into place with plans of a revamped production, the process was not short of its challenges as well. While Atlanta Ballet’s roots are firmly in Atlanta, Georgia, this did not deter Nedvigin from branching out to other outlets to form a powerhouse creative team in addition to an equally powerful ballet company.

“One of my goals as an Artistic Director has included thriving to begin one of the leading companies nationally,” Nedvigin explains. “Besides the amazing board we have, it was also my goal to bring the best people to collaborate, which posed a challenge because talented people live in different places and are busy. I had to bring everyone together for this production, whether that was from different countries or time zones.” 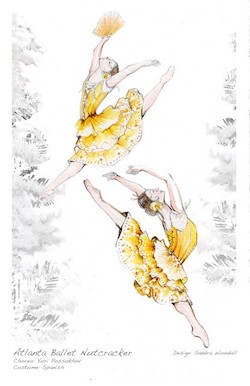 Adding to the challenge of getting the most talented dancers together in one arena was figuring the ins and outs of utilizing everyone to bring the production of The Nutcracker to life. Because Atlanta Ballet has grown over the last couple of years, with the addition of Atlanta Ballet II, everyone served as a pivotal piece of one big puzzle to attach each piece of the production together to make pure magic. Throughout this process of utilizing each and every dancer, it was equally important to make sure that the choreography was one that could translate not only on the dancers’ bodies but to the audience as well. As Artistic Director, Nedvigin has seen firsthand how Possokhov works with his company as they come together to bring an innovative version of The Nutcracker to the big stage. The dancers are also getting a feel for how much work goes into bringing the vision to life through Possokhov’s intricate choreography. Atlanta Ballet company member Sergio Masero-Olarte discusses his experience working with Possokhov thus far.

“I have had an amazing time with Yuri,” he shares. “He is very real and open, and that can be seen in his choreography. He is there to get the best out of the dancers, but he also brings a human aspect to his choreography, along with a sense of humor to ballet that the audience will be able to relate to. Yuri knows what he wants and has some cool ideas, and he helps us as dancers to achieve exactly what he is looking for.” 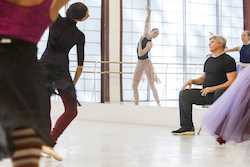 Although Possokhov has thrown some extensive choreography that is both technically and physically challenging, the caliber of his work cannot be denied, which is one of the aspects that will stand out in this revamped Nutcracker production. With the amount of organization involved, along with well thought out choreography for each role in the show, it is safe to say that Atlanta Ballet’s production of The Nutcracker will be one of imagery, fun and classical elements that the storyline thrives on — only on a higher note. This production will not only be about the dancing, costumes or even the sets, but instead about an entire unit linked together to make one great holiday favorite but for the next generation.

“Expect to be thrilled and blown away,” Nedvigin assures. “Although this is a new production, we are still staying true to the original story, which is one that is familiar to the audience. However, audiences will see this show with a new perspective full of enhanced imagery. Atlanta Ballet’s The Nutcracker will lift you up and take you to a new world.”